Home U.S Cartographers create amazing maps that will change how you see the world
U.S

Geography lessons we wish we’d had! Cartographers share maps that offer new perspectives – including a world map centred on the Pacific Ocean and a global cheese chart

Talented cartographers have created a series of insightful maps that present the world from a different perspective.

Compiled into a gallery by Bored Panda, the maps bring our attention to unusual, quirky and little-known geographical facts.

Some offer a visual representation of the scale of certain countries, including the size of the smallest state, the Vatican, which is superimposed onto the world’s largest building – Aalsmeer Flower Auction house, located in the Netherlands.

Another highlighted the size of the habitable space on Mars if the Red Planet had as much water as planet Earth.

And one map turns the world on its head by putting New Zealand and the Pacific Ocean at its heart, instead of Europe. 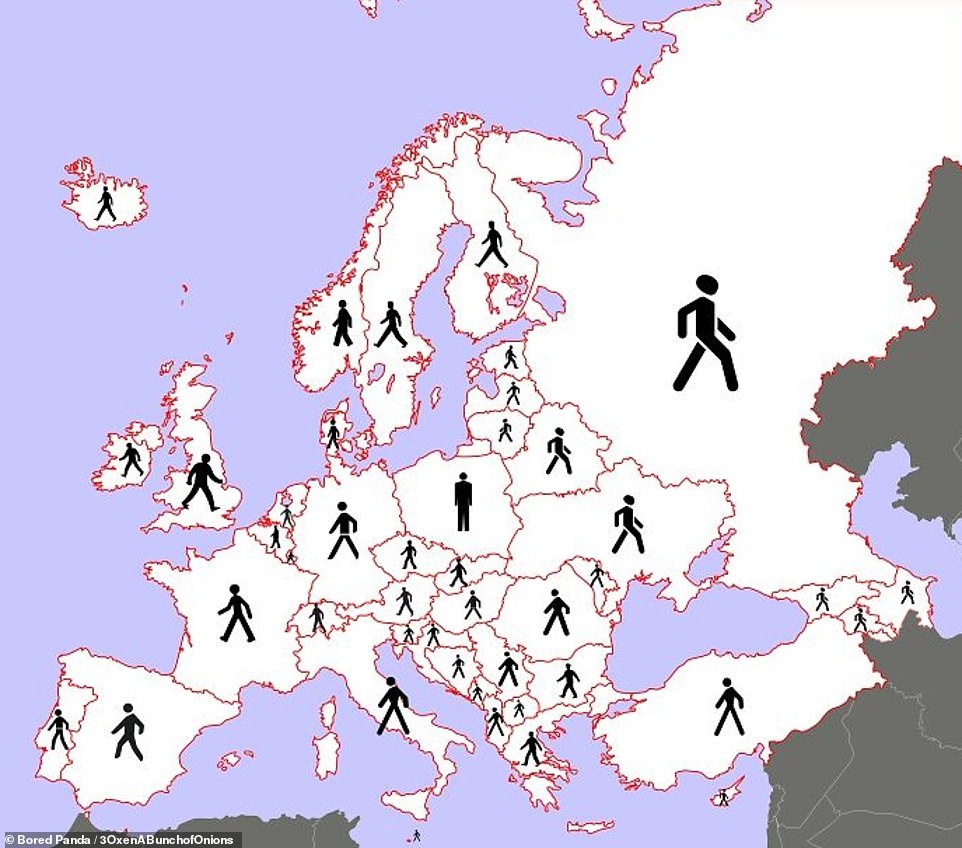 People have created amazing maps to put little known facts into perspective. Pictured: a map showing how pedestrians are illustrated on signs in different countries across Europe, Russia, Turkey and parts of Asia 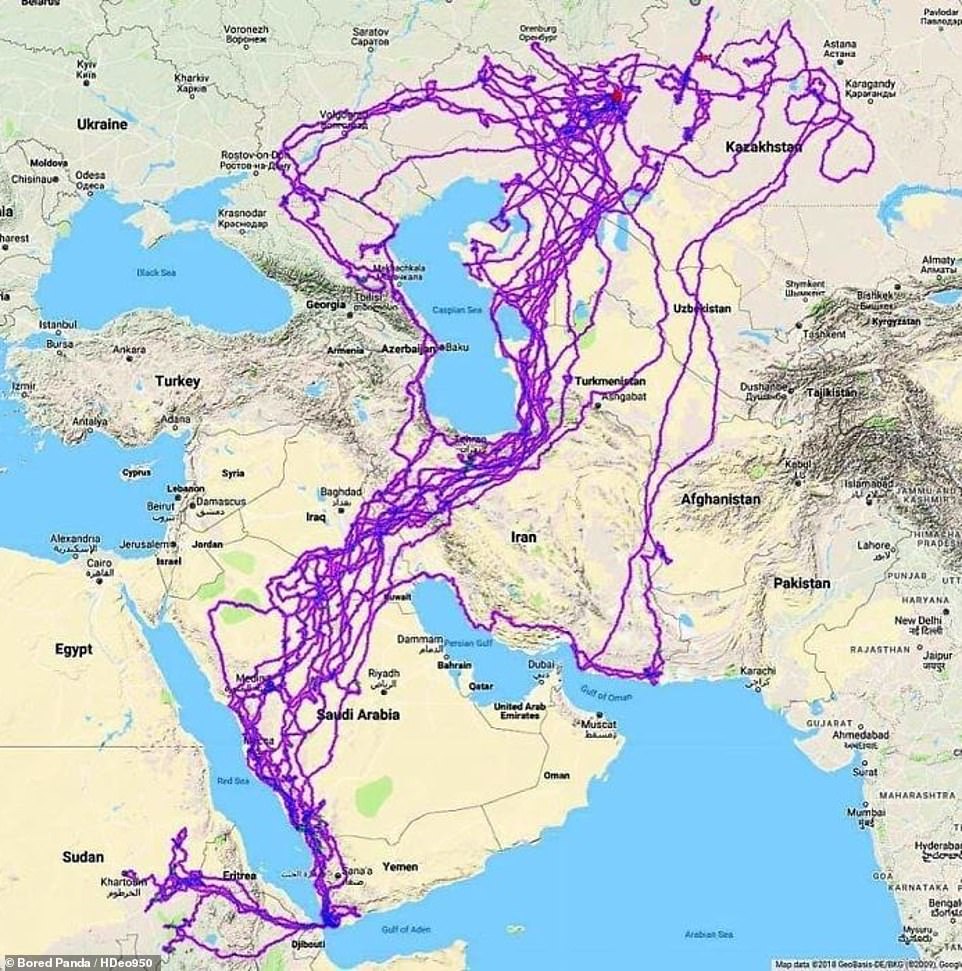 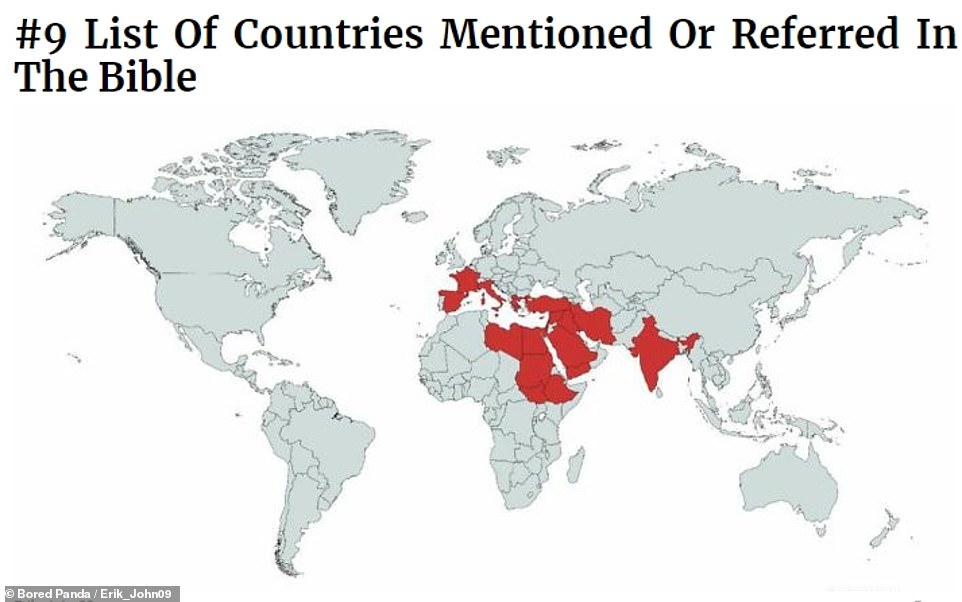 One map highlights in red the countries which are mentioned in the Bible, which include France and India 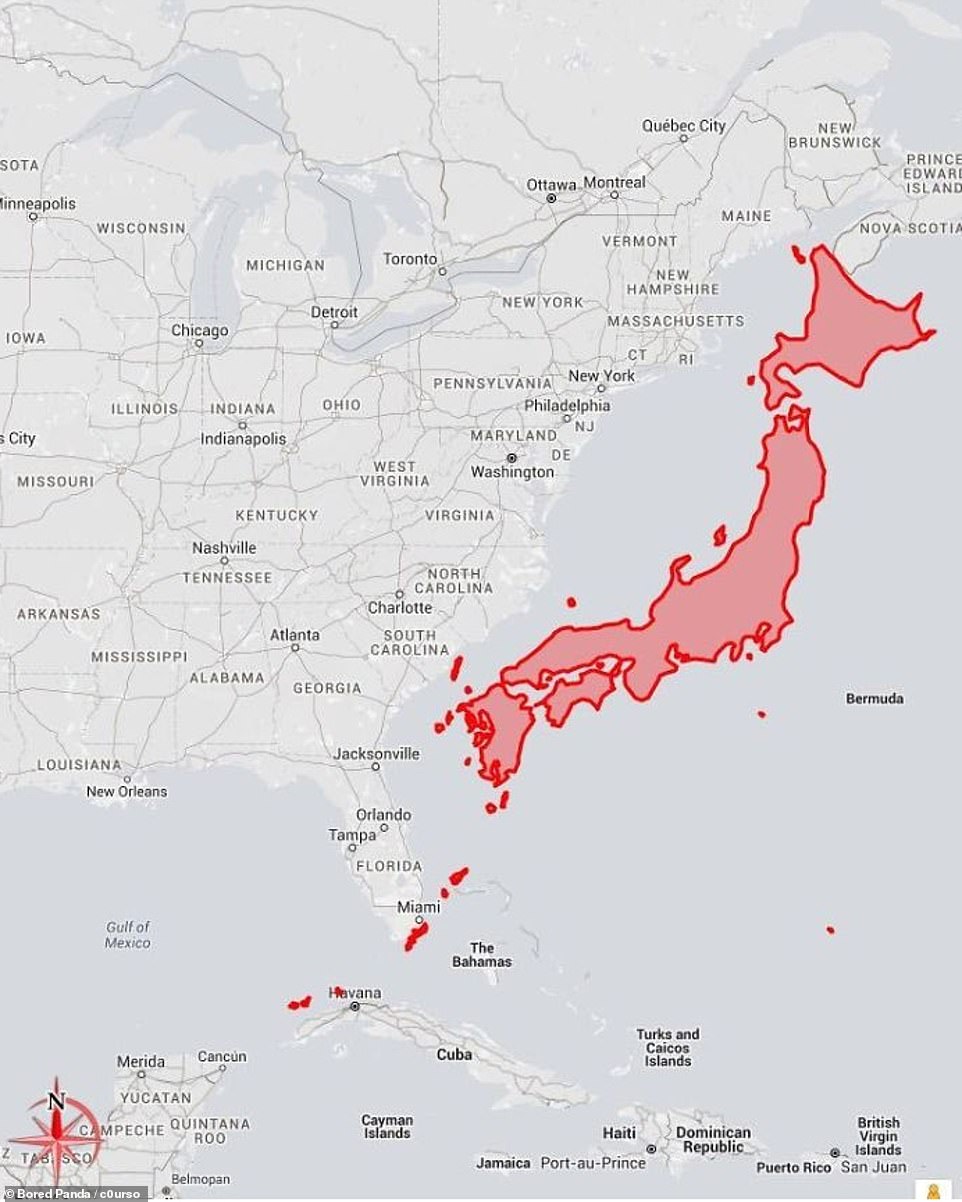 This map compares the size of Japan to the East coast of the United States to show how small the nation really is, comparitive to its world influence 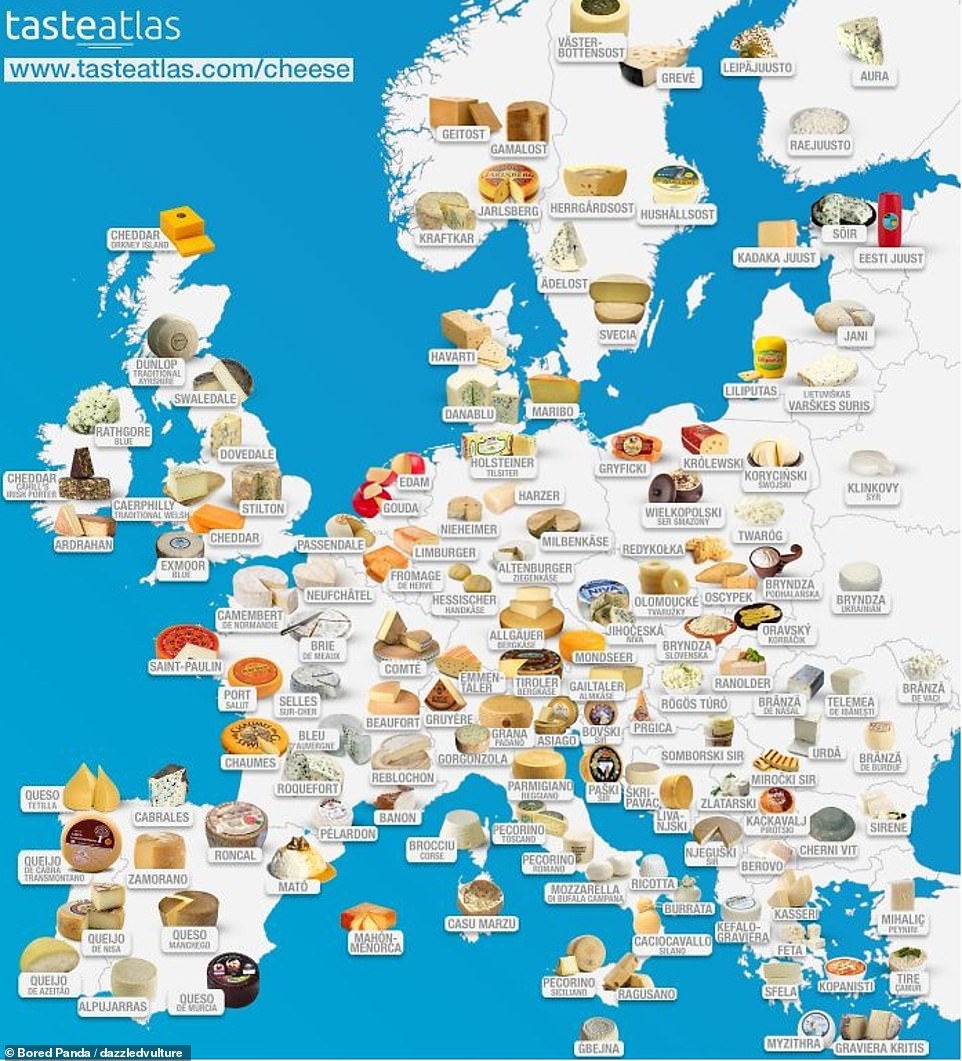 This colourful map highlighted the provenance of several European popular cheeses, from Brie and Camembert in France to Cheddar in Orkney Island 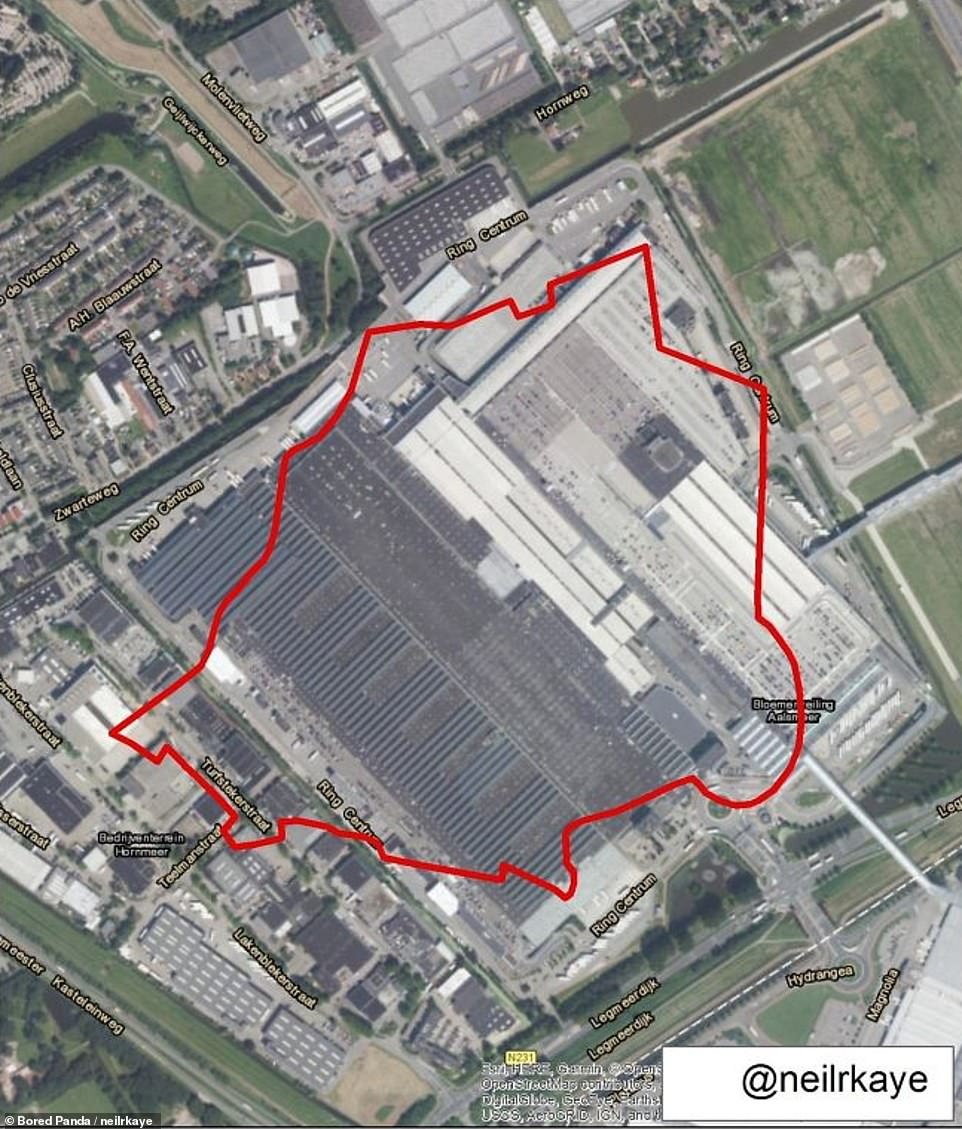 This map shows that the world’s smallest state, the Vatican, is smaller than the world’s largest building, which is the  Aalsmeer Flower Auction house located in the Netherlands 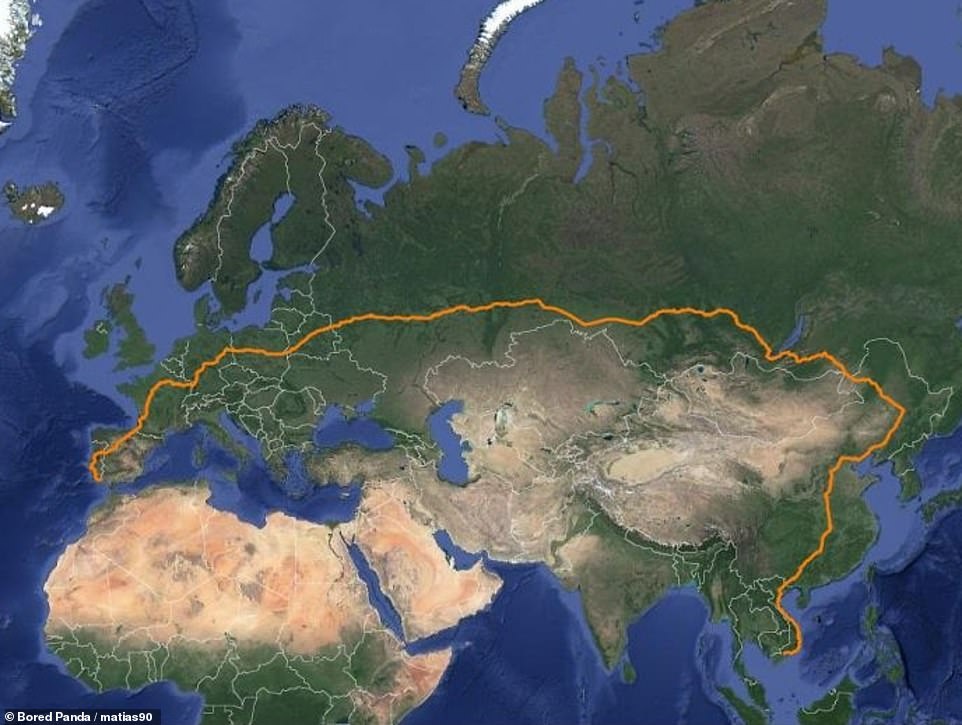 This map illustrates the longest journey that can be made by land across the world, from Portugal to Vietnam

That’s a long drive! This map shows what a super-highway linking London to New York via Moscow and Fairbanks would look like 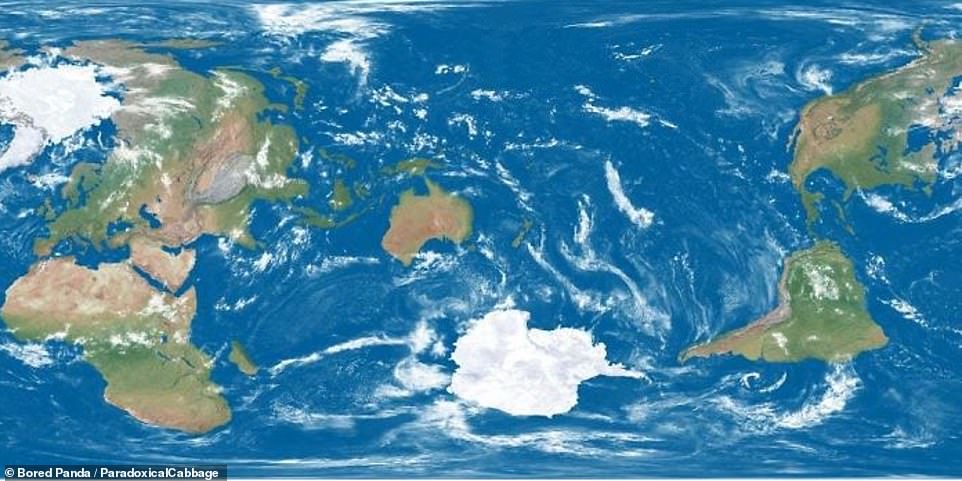 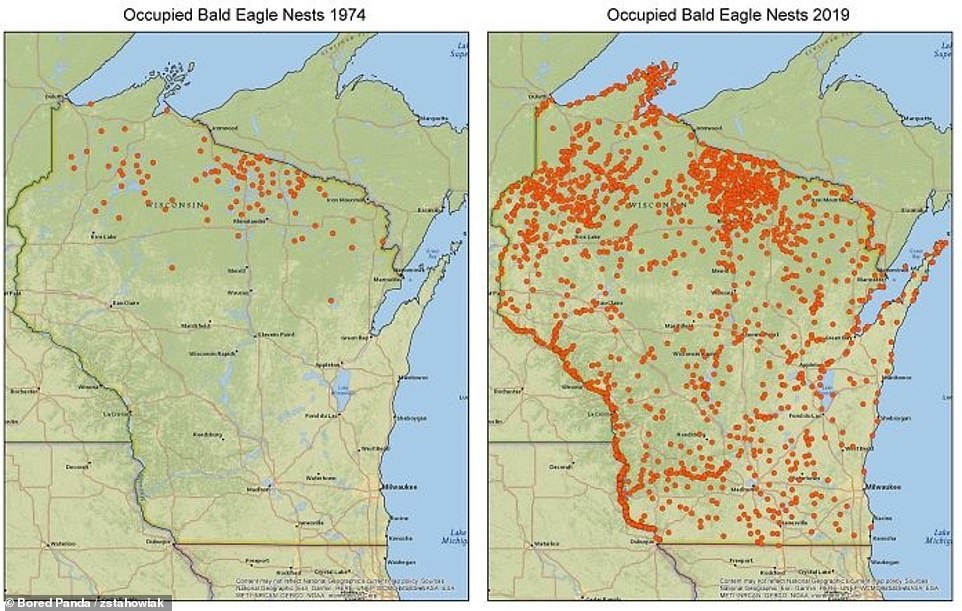 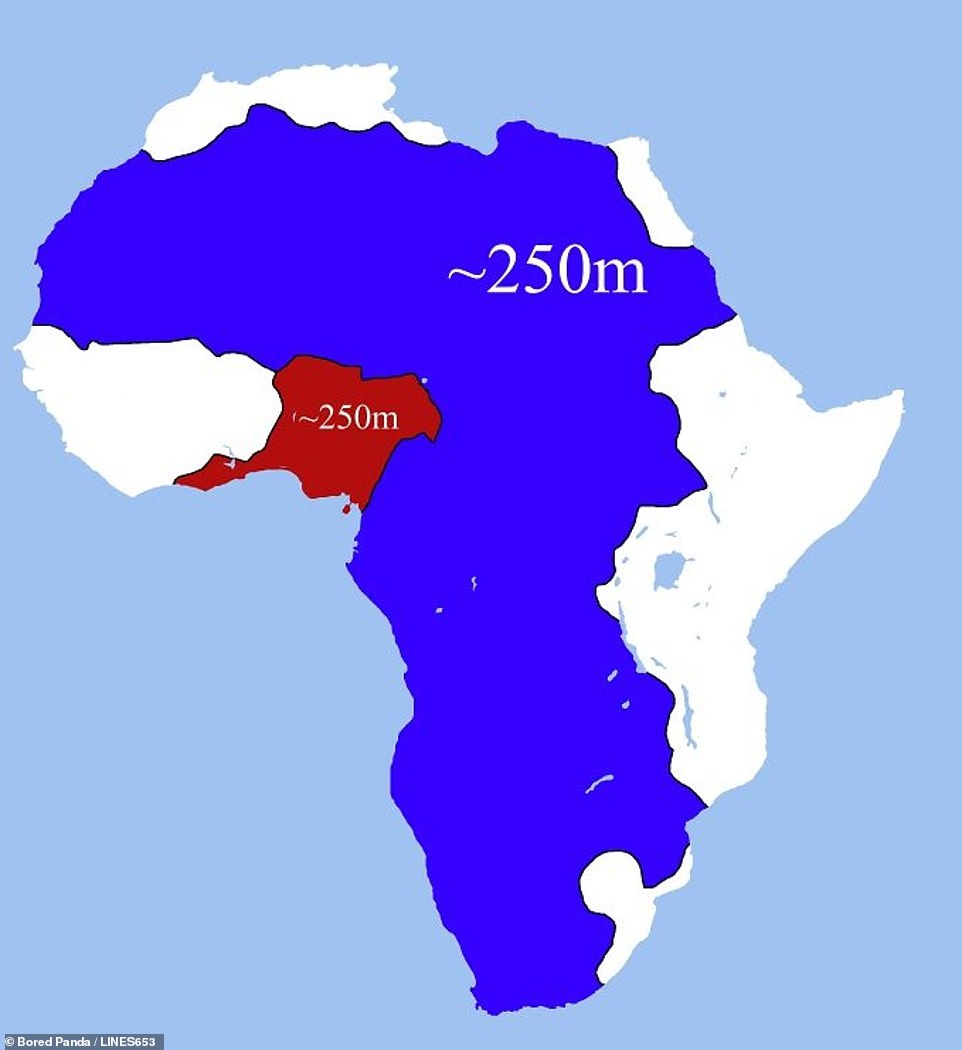 This map illustrates the population distribution around several countries in Africa. The blue space holds as many people as the space filled in red – 250 million 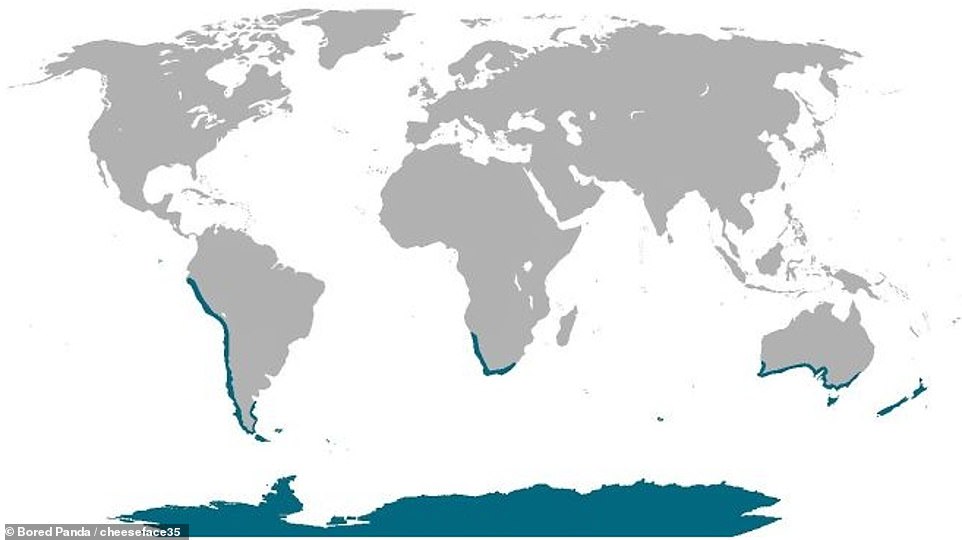 If you love penguins, you will love this map, which shows you the few corners of the globe where the flightless birds can be found 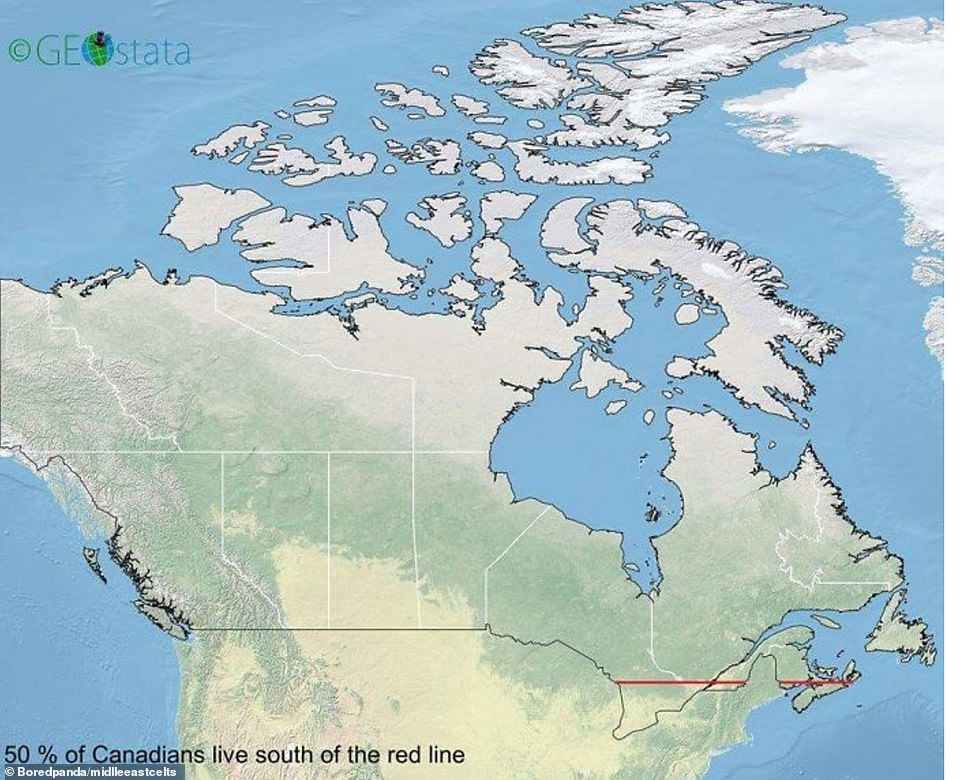 This map shows just how large Canada really is, with 50 per cent of the country’s residents living south of the red line 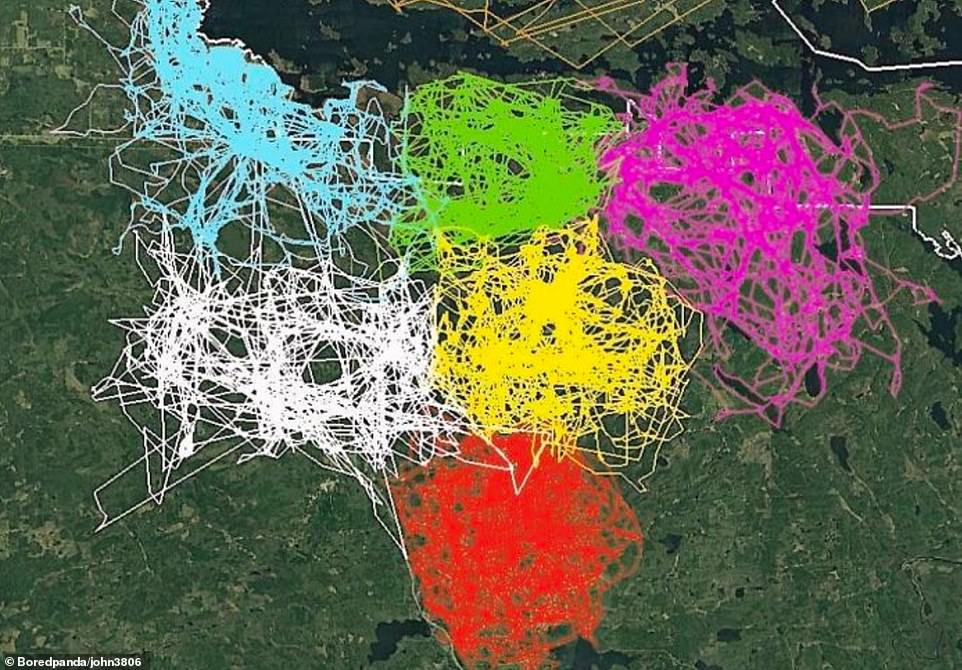 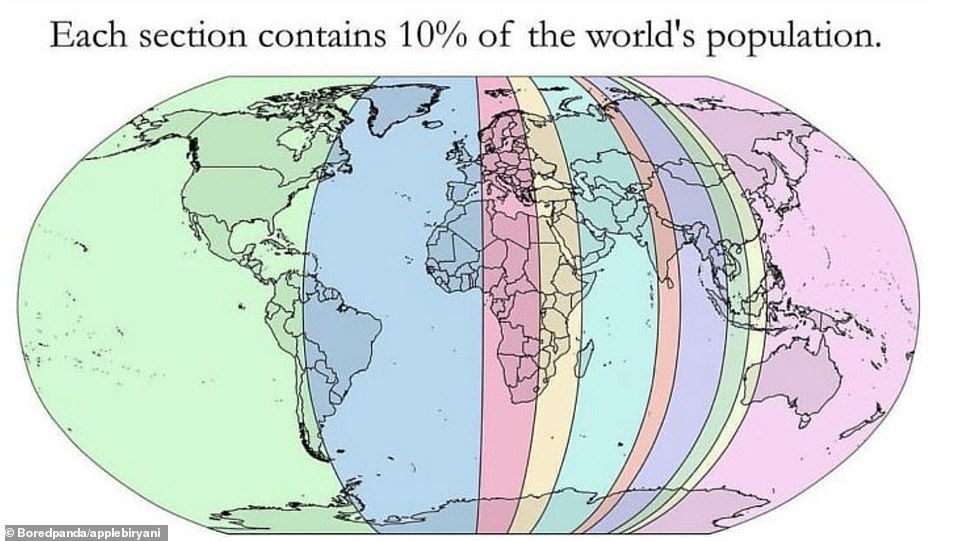 Each section of this map shows 10 per cent of the world’s population, with smaller segments more densely populated than the larger ones

With Britain, central Africa, north India and South America the biggest hotspots on the map- the image shows the whereabouts of high CO emissions 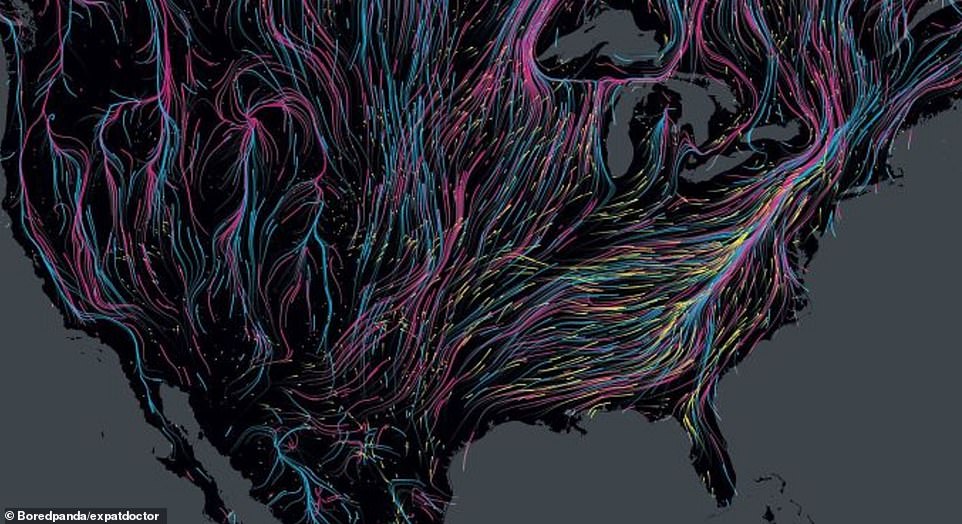 There are 'numerous' persons of interest in the murders of Barry and Honey Sherman, the affluent couple who was found dead inside their...
Read more
U.S

Toronto police say they have identified “numerous” persons of interest in the killing of a Canadian drug company billionaire and his wife nearly...
Read more