Homeless mom, 30, is arrested after cops spent hours searching for her seven-month-old son when she lied that he was in her stolen SUV ‘so they could find it faster’ 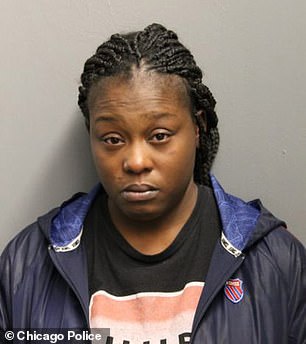 A homeless Chicago woman has been charged with false reporting after claiming her 7-month-old son had been stolen from an SUV while she ran into a convenience store.

Sade Owens, a 30-year-old home caregiver, reportedly made the false report because ‘some lady’ told her that police would locate her stolen car faster if she said the baby was inside.

Police went on a massive hunt for the child, finding him and his siblings hours later at a babysitter she left the children with on Monday.

‘This is an incredibly expensive search for this child, for this baby,’ the judge said,’ the Chicago Tribune reports. ‘So while we consider that no one was harmed, there is a harm to a community when police resources are misdirected — and misdirected on such a grand scale.’

Owens initially told police that the boy had been left in the SUV while she went in a store on the 2700 block of West 71st on Monday afternoon. When she came back, the SUV was gone. 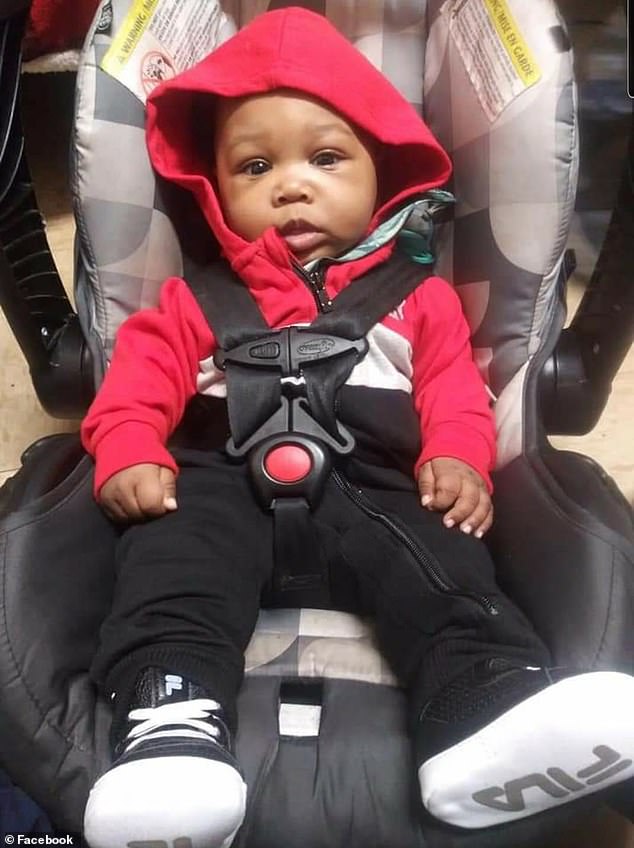 Authorities ‘jumped into action’ to find the child, according to Chicago Judge Mary C. Marubio, even deploying canine units and a helicopter to find the child. His photo was also used in an endangered missing person alert

Authorities found the SUV after a two-hour search

Someone took off with the vehicle and left it on the 1400 block of South Keeler Avenue, where police found it two hours later. Police did not find the boy inside and released photos of the child in an endangered missing person alert.

Owens became ‘evasive with officers’ and later gave them incomplete information pertaining to the whereabouts of her other two children, prosecutors say.

Police eventually found the babysitter’s apartment and immediately located the boy, who was sitting on a couch, according to authorities.

The babysitter shared that Owens had dropped the kids off that morning and failed to pick them up at 5pm, prosecutors said. The infant was identified by his seven-year-old brother.

Owens’ court-appointed lawyer described her as being a homeless mother of three who was living in a shelter while working full-time as a caregiver.

Her next court appearance is scheduled for next week.

Billionaire tech mogul Elon Musk has reportedly told friends that he plans to move to Texas, after growing weary of high taxes and...
Read more
U.S

A young mother has opened up on the earth-shattering moment she was told her three-year-old daughter had cancer - and the devastating toll...
Read more

Billionaire tech mogul Elon Musk has reportedly told friends that he plans to move to Texas, after growing weary of high taxes and...
Read more

Argentina has a message for its richest people: Pony up to help pay for COVID-19 relief. After a long and contentious debate streamed live...
Read more

Elon Musk 'tells friends he will move to Texas' after clashing...