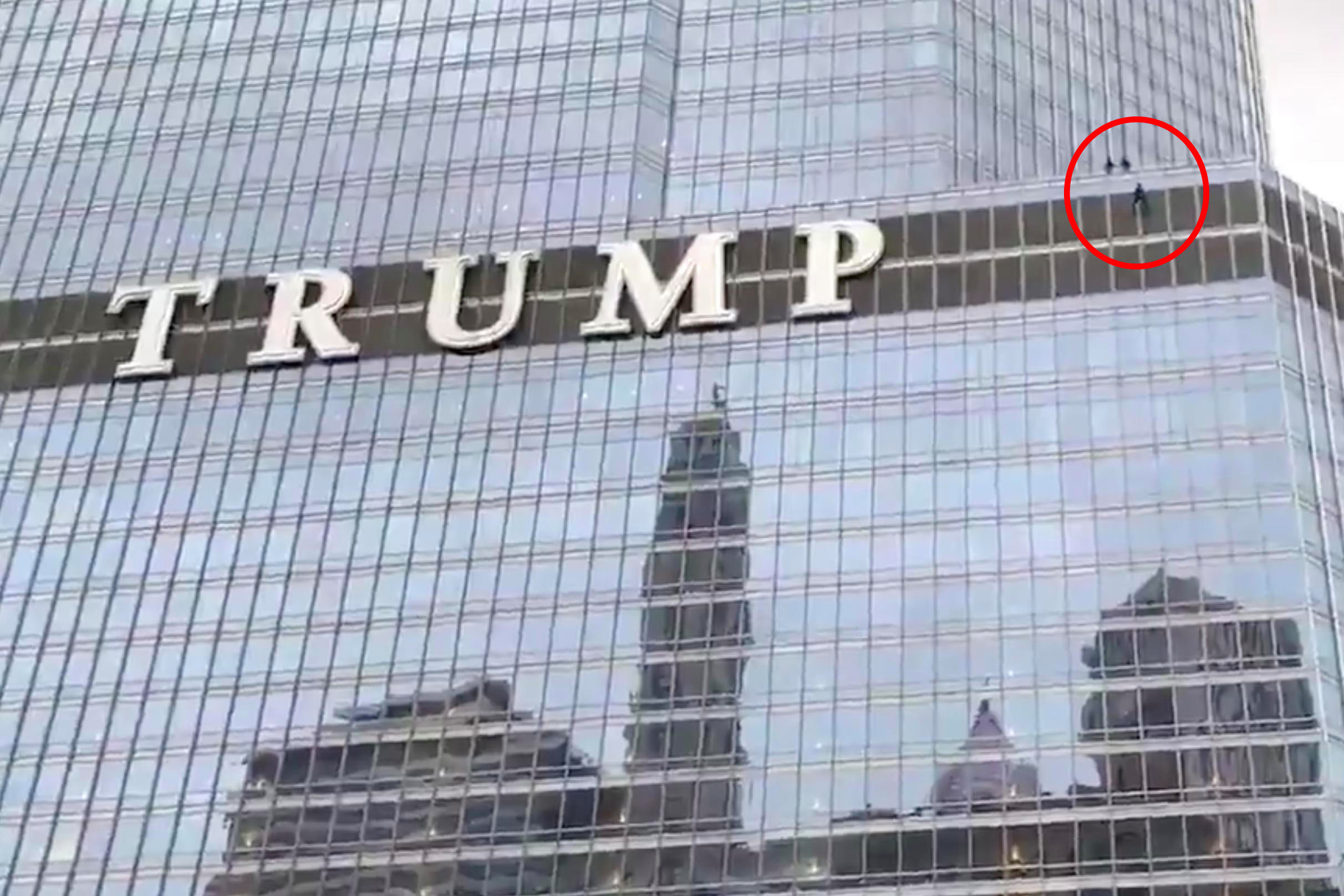 The man who dangled from the side of Chicago’s Trump Tower for 13 hours later escaped from an ambulance as he was transported to a hospital, the Chicago Police Department said.

The 31-year-old, who told police he was going to commit suicide and claimed to be a Black Lives Matter protestor in a video clip, was safely taken into custody early Monday morning following a tense negotiation from the side of the 1,389-foot-tall tower, cops said previously.

He was taken to Northwest Memorial Hospital in the Streeterville section of the Windy City for a mental-health evaluation but on Tuesday, during a transport to another hospital for unknown reasons, he escaped from a private ambulance around 5:30 p.m. local time, police said.

Police sent out a missing persons media alert for the man around 10 p.m. that evening saying he “may need medical attention” and was last seen near Dearborn and State Streets, the alert reads.

Around 1 a.m. on Wednesday, police sent another alert announcing he’d been located but had no further details on his status, records show.

The original incident unfolded around 5:30 p.m. on Sunday when a CPD SWAT unit and the Chicago Fire Department received a report for a man threatening to kill himself at the Trump International Hotel & Tower in the Near North section of the city, the Chicago Tribune reported.

The man had somehow gained access to the famed building and rappelled down the side of it with a rope. He eventually hung just to the right of the “Trump” sign on the building’s façade and shot a video of himself saying he had a message for President Trump.

Negotiators and staff from the building spoke with the man from a balcony and fielded demands including a request to speak with the president and members of the media, the outlet reported.

One of the crisis negotiators, Detective Hector Matias, said during a subsequent news conference the man had a knife and threatened to cut the rope if cops tried to pull him to safety, the outlet said.

Following hours of negotiations, the man eventually gave up the knife and was taken into custody.

Police said they’d make a decision on whether or not to bring charges following the mental health evaluation, the outlet said previously.

As of Wednesday morning, It’s not clear if he’ll face charges for the Trump Tower incident.

Four more teenagers have been charged in the beheading of French history teacher Samuel Paty — including three students who allegedly pointed out the...
Read more
News