The Chinese government has removed pangolin scales from its directory of medicines and listed the animal as ‘critically endangered,’ the highest protection for animals at risk of extinction.

Pangolin scales had previously been listed in the Chinese Pharmacopeia as a potential treatment for swelling, poor blood circulation, and an aid to boost lactation.

The Chinese government had previously banned hunting pangolins in 2007, its scales remained a popular good in the country’s black markets, with more than 123 ton sold in 2019. 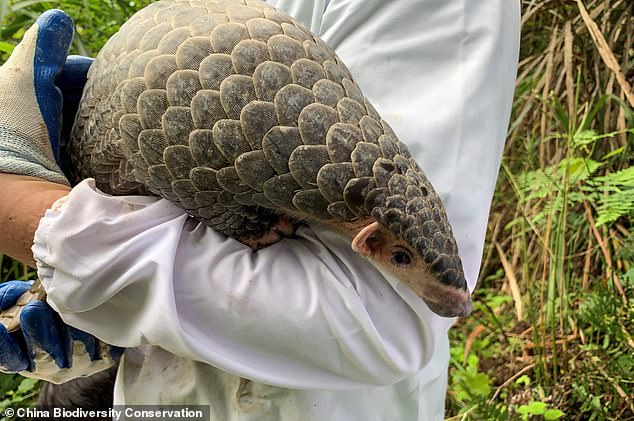 The Chinese government has removed all mention of pangolin scales from its national healthcare literature, and has granted the animal ‘critically endangered’ status

‘China’s move to phase out pangolin scales from traditional medicines could be the game changer we have been waiting for,’ Paul Thomson of the conservation group Save Pangolins told the BBC.

‘We hope China’s next move will be to enforce the regulations and work to change consumer behavior.’

The pangolin is one of the most trafficked animals in the world, with more than a million smuggled into black markets between 2000 and 2013.

186 countries have banned the commercial sale of pangolins, and in China the animal’s population has plummeted.

In 2003, there were reported 60,000 wild pangolin living in 11 provinces across the country, but by 2020, the China Biodiversity Conservation and Green Development Foundation has documented just 40 in the wild.

The medium-sized reptiles can range between three and 4.5 feet long and weigh anywhere from four to 72 pounds. 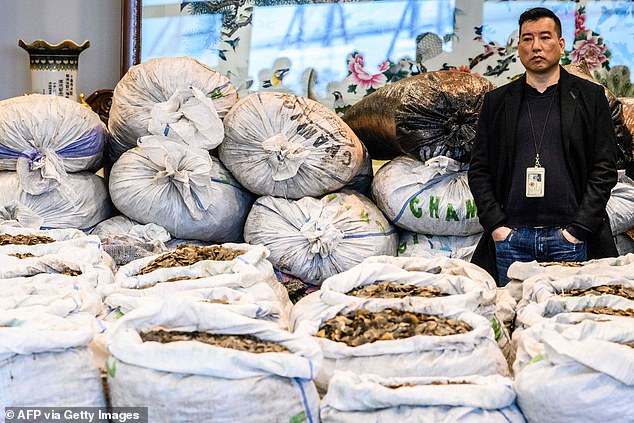 Pangolin scales have been a prized medical treatment in China, previously indicated to help with poor circulation, swelling, and a boost for lactation 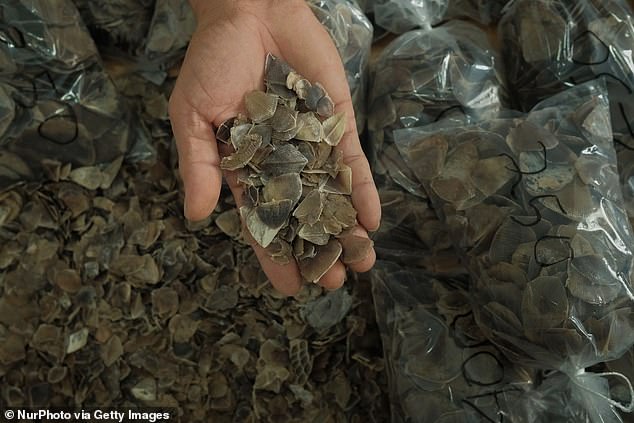 The pangolin is considered one of the most trafficked animals in the world, with more than a million pangolins smuggled into black markets around the world between 2000 and 2013 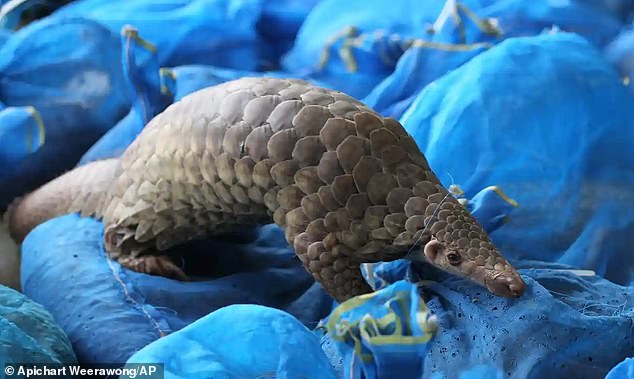 China banned hunting pangolins in 2007, but it remained available in the country’s black markets for years after

They live on a diet of insects and are generally found in hot, tropical climates, including Nigeria, Vietnam, and the Philippines.

Their bodies are covered in scales formed with keratin, the same protein that helps human fingernails and hair grow, and pangolin meat is considered a delicacy in many countries.

The species gained new infamy in 2019, when some researchers claimed SARS-CoV-2 jumped from a pangolin to humans in a Chinese wet market, though there is still no clear consensus on the virus’s origins.

Many conservationists hope China’s move to protect pangolins could lead to more widespread regulation of the country’s wild animal markets.

‘Let’s hope that this ban is the first in a series that ultimately ban all wildlife usage in traditional Chinese medicine,’ Nicole Benjamin-Fink of Conservation Beyond Borders said.