A new artificial intelligence can transform simple sketches of a face into fabricated photorealistic pictures.

The AI, called DeepFaceDrawing, was invented by researchers at the Chinese Academy of Sciences and can extrapolate on rough and even incomplete sketches.

According to them, the technology is designed to help ‘users with little training in drawing to produce high-quality images from rough or even incomplete freehand sketches.’ 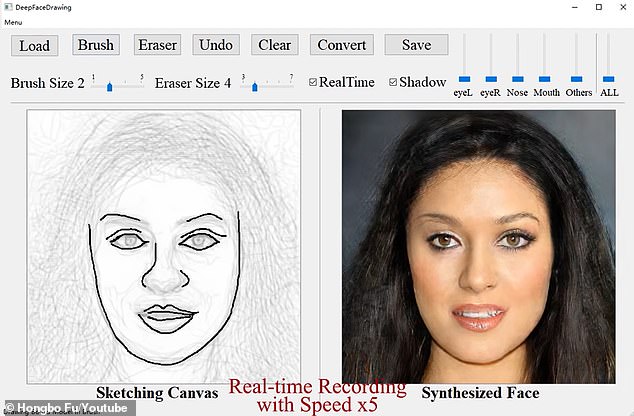 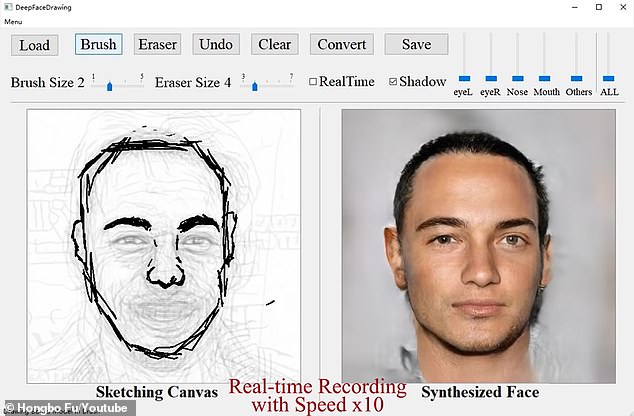 Researchers from China demonstrated an AI that can generate photorealistic pictures from sketches (pictured).

The system works by examining details of a drawing and then checking those features against a database of facial features.

As noted by Engadget, the AI considers each feature, including eyes, nose, mouth, face shape and hair type separately and then uses those to assemble its own image.

‘…existing solutions tend to overfit to sketches, thus requiring professional sketches or even edge maps as input,’ the researchers write in their paper.

‘To address this issue, our key idea is to implicitly model the shape space of plausible face images and synthesize a face image in this space to approximate an input sketch. Our method essentially uses input sketches as soft constraints and is thus able to produce high-quality face images even from rough and/or incomplete sketches.’ 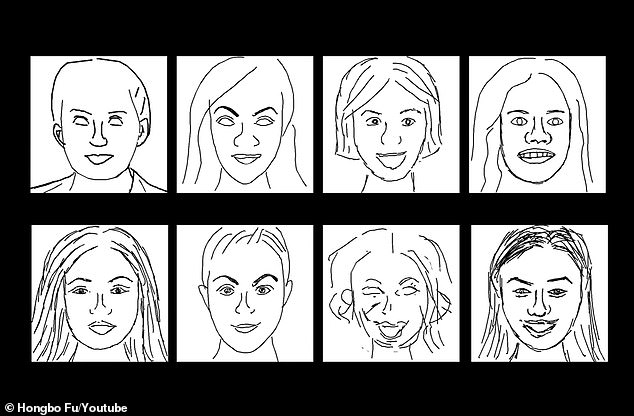 The researchers are set to present their technology at computer graphics conference, SIGGRAPH, in July and may even have a real-world application soon.

As noted by Engadget, researchers say the software is ‘coming soon’ and may exist not only as an app but could have a potential application for police who want to create photos off of suspect sketches.