Home News Chris Christie says it was ‘serious failure’ not to wear mask at...
News 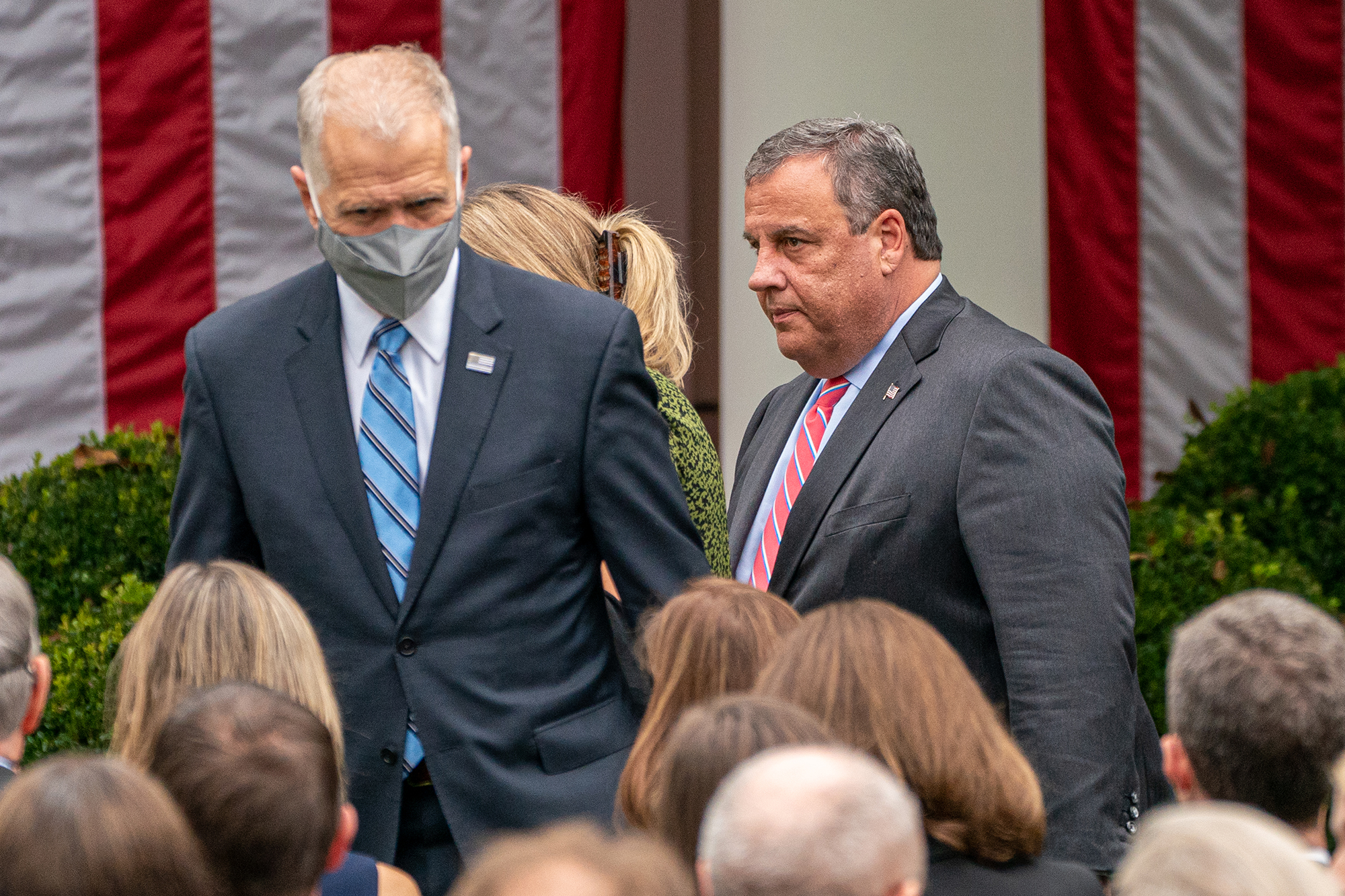 Chris Christie said he was “wrong” not to wear a mask at the White House event where he caught the coronavirus — and urged public figures to lead by example when it comes to face coverings, in an op-ed published Wednesday.

The former New Jersey governor wrote in The Wall Street Journal that as someone with asthma, he took mask wearing, social distancing and hand washing seriously — until the Sept. 26 Rose Garden ceremony and his debate prep sessions with President Trump.

“I mistook the bubble of security around the president for a viral safe zone. I was wrong,” Christie wrote. “There is no safe zone from this virus.”

Christie, 58, said it was a “serious failure,” as a public figure, to go mask-free at the White House.

“I paid for it, and I hope Americans can learn from my experience,” he wrote. “I am lucky to be alive. It could easily have been otherwise.”

Christie spent a week in the hospital battling COVID-19 and was released on Oct. 10.

“I was fortunate to have good insurance, a fine hospital and the latest treatments,” Christie wrote. “But I was also conscious of the virus’s unpredictability.”

“Everyone in the hospital with Covid hangs on a thin thread.”

The Republican said that catching the disease made him realize how simple it is to prevent, through precautions such as covering one’s mouth and nose, hand washing and avoiding large crowds.

“These minor inconveniences can save your life, your neighbors and the economy,” Christie wrote.

“Seldom has so little been asked for so much benefit.”

However, Christie said, people will only heed the message if those in positions of authority spread the word.

“The message will be broadly heeded only if it is consistently and honestly delivered by the media, religious leaders, sports figures and public servants,” He wrote.

“Those in positions of authority have a duty to get the message out.”

Mask-wearing shouldn’t be a divisive political issue, Christie said, adding: “It’s not a partisan or cultural symbol, not a sign of weakness or virtue.”

“It’s simply a good method — not a perfect one, but a proven one — to contain a cough or prevent the virus from getting in your mouth or nose,” he continued.

The Indiana boy who was brought to Syria and forced to threaten President Trump in an ISIS propaganda video two years ago has returned...
Read more
News