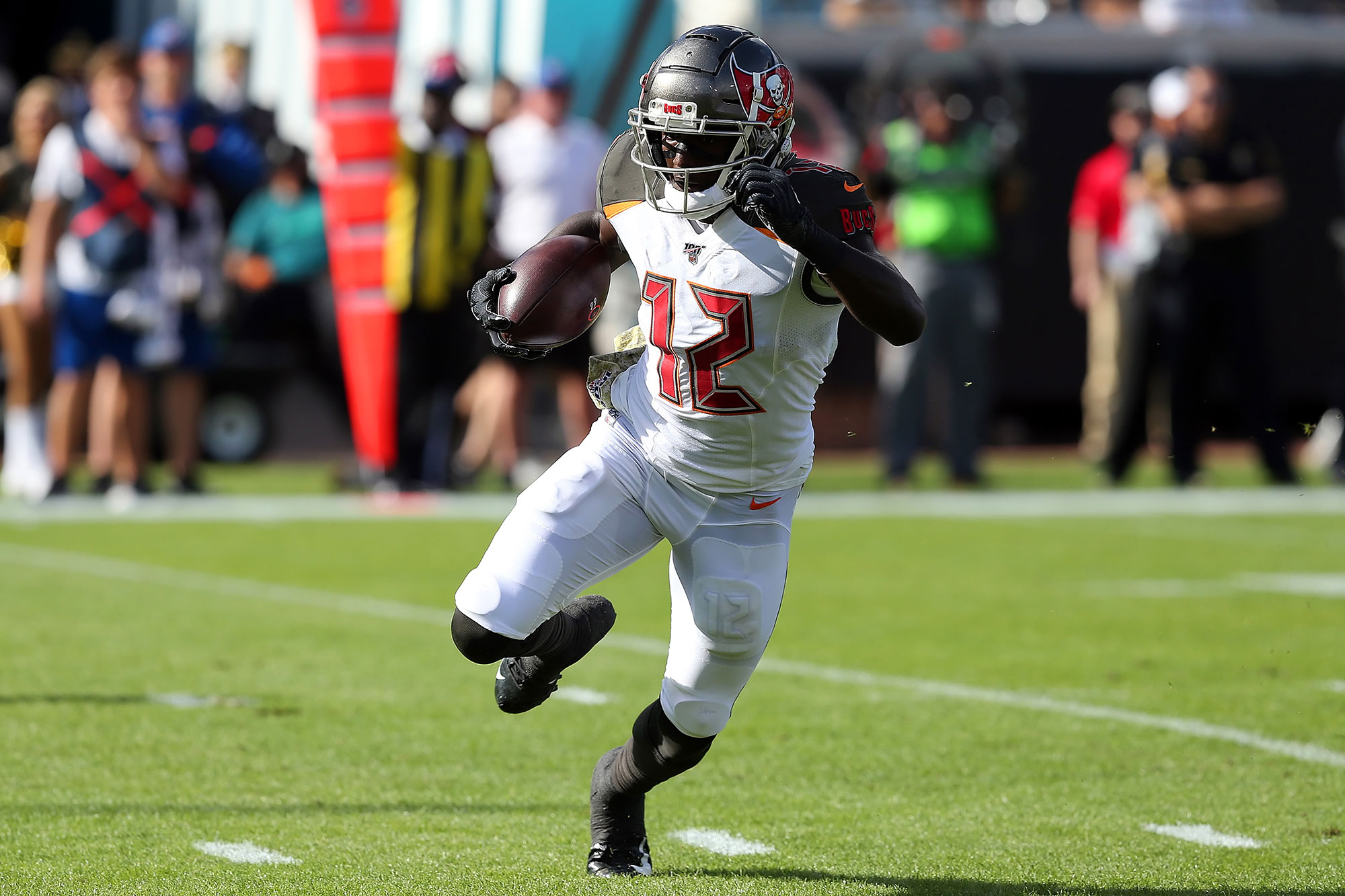 Life has been pretty good for Chris Godwin recently: the Buccaneers wide receiver made his first Pro Bowl in 2019 and will get to catch passes from the greatest quarterback of all time in 2020. But with great power comes great responsibility, and when Tom Brady joined the team in the offseason, he was forced to give up his number 12 to TB12.

“I have been (wearing No. 12) since high school and it means a lot to me,” Godwin said on a Twitter live stream with The Checkdown. “At first it bothered me a little bit, it was kind of getting at me because it is part of my identity, but when the GOAT comes calling you kind of concede to him.”

Both players have strong claims to the number 12. Brady has worn it for the entirety of his 20-year career with the New England Patriots, during which he won six Super Bowls and made a strong case as the greatest quarterback of all time. He has also trademarked the TB12 brand.

Godwin has not only worn 12 for all three of his seasons with the Buccaneers, he also wore it in high school and college, which Brady cannot claim (he wore number 10 at Michigan). Both he and his fiancé have the number 12 in their social media handles.

While Godwin initially said he’d “definitely” keep 12, he later ceded it to Brady and switched his number to 14. The two appear to have a strong relationship and have been working out together in Florida during the offseason (against the wishes of the NFLPA).

“Like I said, hopefully I can get a ring or two or three out of [giving 12 to Brady]. I was more than happy to do it. I have a new persona for me, 1-4. We’re going to move forward and make something special with it.”