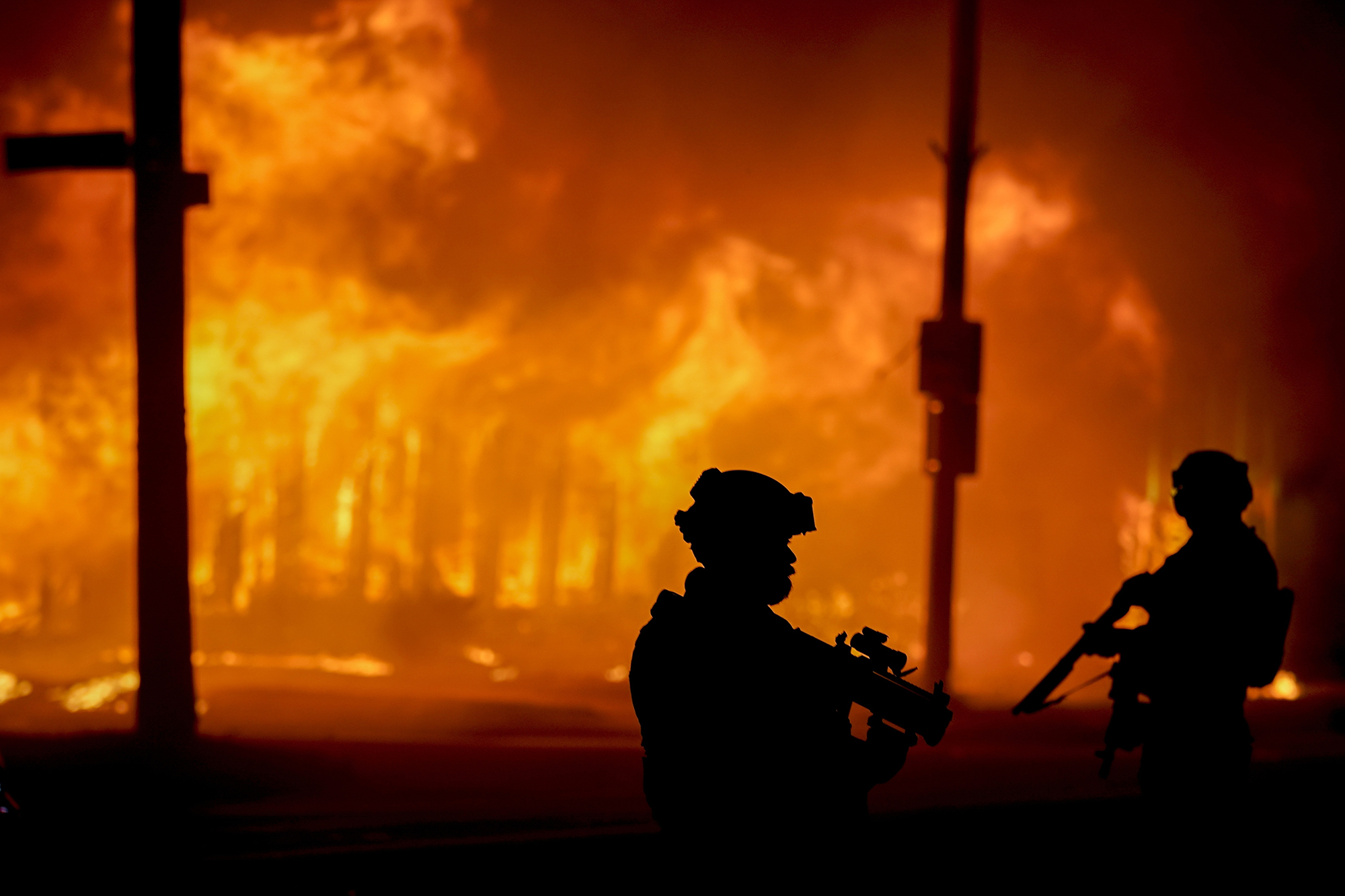 CNN is getting roasted for describing protests in Wisconsin as “fiery but mostly peaceful” during a live broadcast — that showed a building fully engulfed in flames Wednesday night.

“What you’re seeing behind me is one of multiple locations that have been burning in Kenosha, Wisconsin over the course of the night,” Jimenez said, with a gas mask around his neck.

He went on to note that the daytime protests were “largely peaceful” but took a violent turn at night.

“It wasn’t until night fell that things began to get a little bit more contentious. Thing were thrown back and forth. Police started using some of those crowd dispersal tactics like tear gas, even playing very loud sounds to push them out,” Jimenez said.

The clip was ripped on social media, including by Eric Trump, who tweeted, “Unbelievable. @CNN is a total embarrassment to our country!” and GOP rapid response director Steve Guest, who also posted the video.

Riots have rocked Kenosha since the shooting of Jacob Blake on Sunday. The 29-year-old, who is black, was shot seven times by a white police officer while trying to into his car.

The demonstrations took a deadly turn late Tuesday, when an armed teen allegedly shot and killed two men and injured a third.

Kyle Rittenhouse, 17, of Antioch, Illinois, has been charged with first-degree intentional homicide.