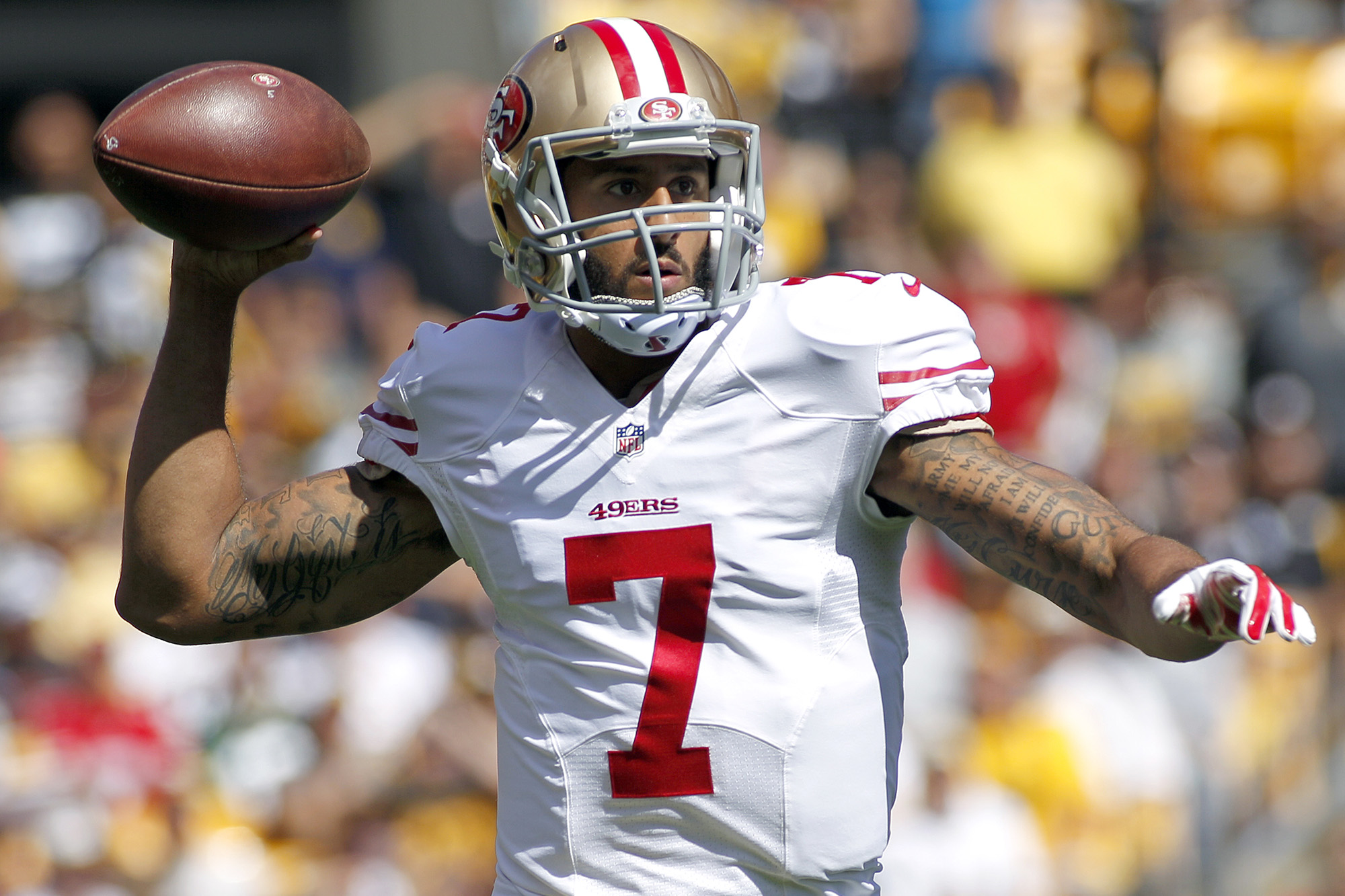 He may not be back on the actual football field, but Colin Kaepernick has made his return to the virtual gridiron.

For the first time since 2016, the former 49ers QB will be in the latest edition of the EA Sports NFL video game. He will not be on a roster, instead a free agent that players can sign to their teams in franchise mode or add to custom rosters.

Kaepernick is ranked as an 81 overall, making him the highest-rated free agent quarterback and among the top 15 QBs in the game.

The former star QB has not been on an NFL roster since the 2016 season after he knelt during the national anthem of a preseason game. The 49ers released him, and he has essentially been blacklisted from the league ever since.

“Colin Kaepernick is one of the top free agents in football and a starting-caliber quarterback. The team at EA SPORTS, along with millions of Madden NFL fans, want to see him back in our game,” EA Sports said in a statement.

“Knowing that our EA SPORTS experiences are platforms for players to create, we want to make Madden NFL a place that reflects Colin’s position and talent, rates him as a starting QB, and empowers our fans to express their hopes for the future of football. We’ve worked with Colin to make this possible, and we’re excited to bring it to all of you today.”