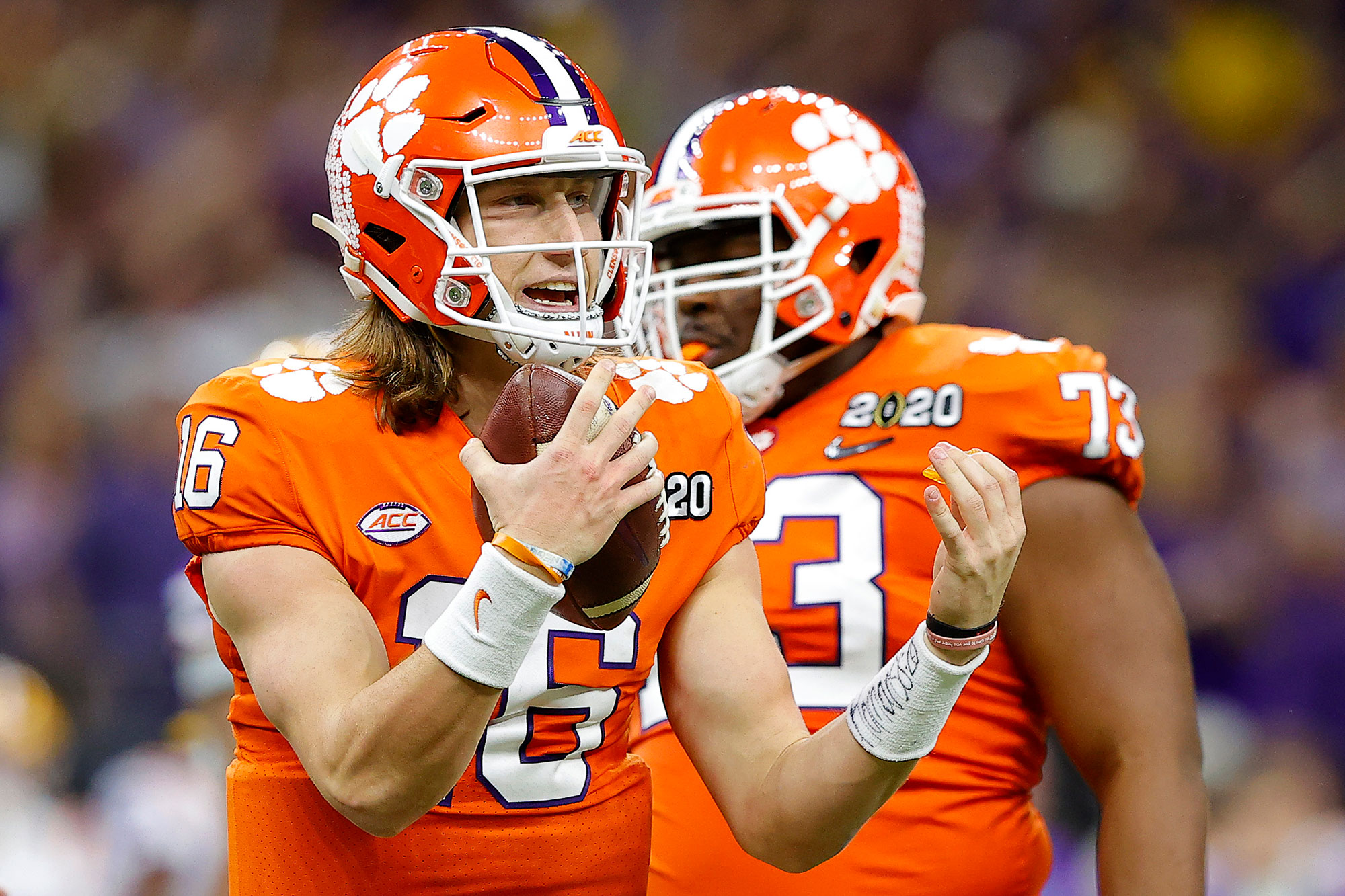 Trevor Lawrence is leading the charge to not just play college football this fall but potentially change the sport forever.

The Clemson quarterback and other stars across the country Sunday night tweeted out a graphic that united two player-led movements — #WeWantToPlay and #WeStandUnited — as they try to save the college football season while it hangs in the balance.

The graphic, which Lawrence tweeted out just after midnight, included a list of demands, most notably: “Use our voices to establish open communication and trust between players and officials; ultimately create a college football players association.”

Other items included wanting to play this season and establishing health and safety protocols to protect them from COVID-19, but the idea of a union would be monumental in the college athletics landscape.

“I think everyone felt that was necessary, just to have representation,” Michigan cornerback Hunter Reynolds told Yahoo Sports. “And for me, personally, that representation needs to stretch across all sports and all divisions in college athletics. It’s not just Power 5 football, it needs to be Group of 5, Ivy League, the entire FCS, Division II, Division III; football, basketball, soccer, softball, track and field, etc.”

The players’ push came on a night when commissioners of the Power 5 reportedly met to talk about whether a college football season could be played this fall, with a growing sense that it could be in danger because of COVID-19.

Players in the Pac-12 and Big Ten had previously created the #WeStandUnited movement, which asked for stronger coronavirus protections and other changes to stop exploiting college athletes. The Pac-12 letter went as far as threatening to opt out of training camp if their demands were not met.

Meanwhile, another trend began elsewhere with other players tweeting #WeWantToPlay. Some of the game’s biggest stars worked on Sunday to combine those two movements, according to Yahoo Sports, after feeling that critics were trying to pit them against each other.

“The series of events that transpired in two hours was honestly pretty insane,” Stanford defensive end Dylan Boles told Yahoo Sports. “But it was amazing that it came through. Now we’ve all come to the agreement that we can work together, to really create something that should’ve been done a long time ago. Now we finally have the power to truly do it.”

Medical historian compares the coronavirus to the 1918 flu pandemic: Both...

A timeline of the insidious path the coronavirus took around the...

The coronavirus has now killed more than 1 million people and...

As coronavirus deaths pass 1 million, health-care workers around the world...

Medical historian compares the coronavirus to the 1918 flu pandemic: Both...

A timeline of the insidious path the coronavirus took around the...