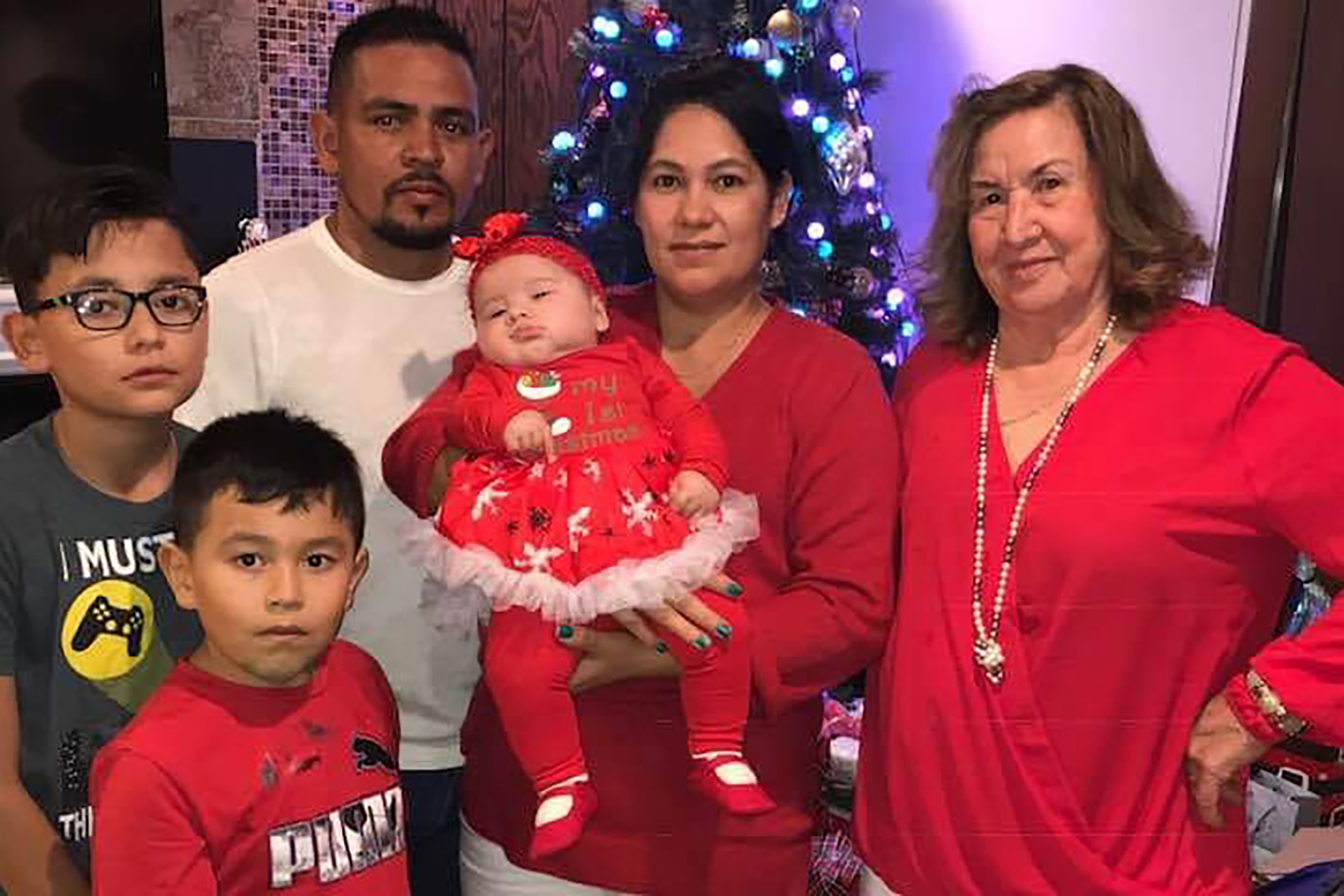 A Colorado mom died valiantly saving her children from an apartment complex fire that has been ruled an arson, according to officials and a new report.

Lilian Esperanza Castro died in the blaze at her apartment complex on N. Galena Street in northwest Aurora around 11:45 p.m. Oct. 29, according to Aurora Fire Rescue and local station KUSA.

Her husband, Jose Omar Benegas, told the station his family was asleep when his nephew, who was coming home from work, called and said that the apartment they all shared was on fire.

Benegas picked up his 2-year-old daughter and tried to carry her down the hall, but flames already blocked his path, he said.

Instead, he ran toward the window and threw the tot from the third floor, according to the report.

He jumped down after her, as his wife stayed behind to throw their sons, 8 and 14, down to him, the station reported.

But Castro didn’t make it out herself.

Overall, 13 people were evaluated by paramedics as a result of the fire — five of whom were taken to local hospitals, according to the fire department.

Castro’s death has been ruled a homicide, officials said. One other person had a life-threatening injury.

The building was rendered uninhabitable and about 60 residents were displaced.

Investigators released photos of a person of interest in the arson, seen in a hallway carrying a backpack and what appears to be two other large sacks.

A $5,000 reward has been offered for any information leading to a suspect.

Facebook
Twitter
Pinterest
WhatsApp
Previous articleGogglebox viewers in meltdown as Jenny and Lee chat to mysterious Steven: ‘Who is he?’
Next articleDavid O'Leary reflects on his exit as Leeds boss and why Mikel Arteta is the right man Arsenal

The Food and Drug Administration on Wednesday authorized a COVID-19 antibody test that is being touted as a “new generation” of diagnostics with...
Read more
News

The Mormon family patriarch who lost a daughter and four grandchildren in last year’s massacre in Mexico has hailed the arrest of a...
Read more

Manchester United vs PSG set to be forced behind closed doors...
Read more

Danni Menzies health: ‘It was awful’ Presenter discusses a dark time in her life

CAROL KIRKWOOD has been urged to "stay strong" by her BBC Breakfast co-star Dan Walker after the weather presenter opened up to fans...
Read more

The White House is said to be close to lifting its eight month travel ban on people from Europe because its own COVID-19...
Read more
Load more

Manchester United vs PSG faces being forced behind closed doors due...