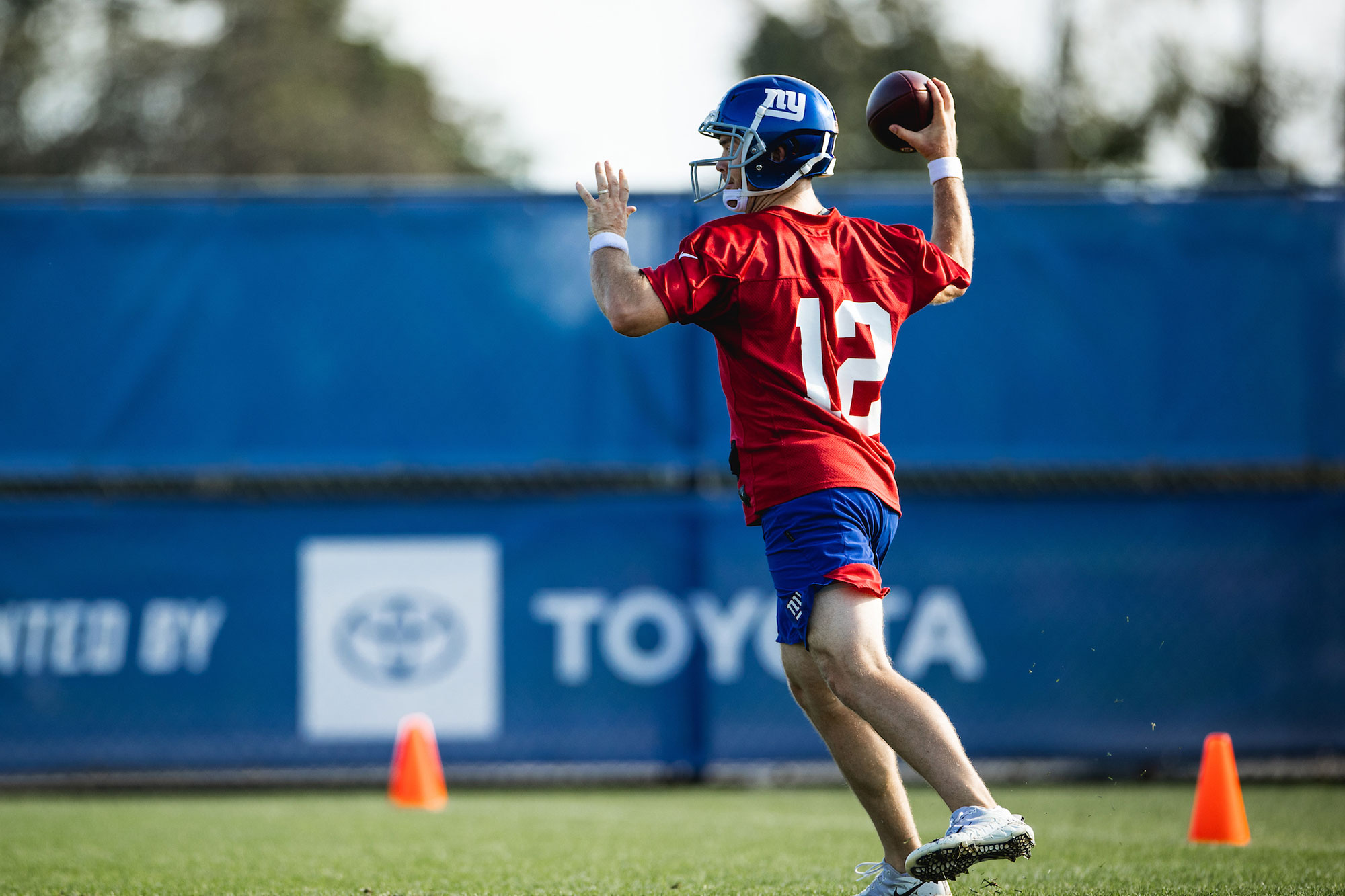 You can see why Colt McCoy has lasted so long in the NFL. The ball comes out quick — really quick — when McCoy is running the offense. He made a nifty back-shoulder throw to TE Eric Tomlinson, who barely beat safety Sean Chandler, for a touchdown. McCoy is a solid addition as the backup to Daniel Jones. The operation runs smoothly with him on the field.

There were five Lesson Laps doled out, one apiece for Dalvin Tomlinson, Darnay Holmes, Daniel Jones, Nick Gates and Markus Golden for their indiscretions. That’s some pretty high-profile talent getting sent to jog. When Jones and Gates botched a quarterback-center exchange, someone on defense gleefully yelled “Take a lap!”

CB James Bradberry might have come up with his best play in what has been a tepid first Giants training camp for the high-priced free agent. He had tight coverage on Sterling Shepard on the sideline and raked the ball out of Shepard’s grasp for an incomplete pass thrown by Daniel Jones. Bradberry’s teammates on defense let their approval be heard.

WR Golden Tate went down late in a route when he got tangled with CB Dravon Askew-Henry. Tate stayed down as medical personnel rushed to him. Tate slowly got to his feet and reached for his right hamstring. That ended his day of practice. DT RJ McIntosh was forded out with what looked to be a left ankle issue. TE Rysen John continued to work on the side. S Montre Hartage went down trying to cover Saquon Barkley on a deep pass, looking as if he cramped up.