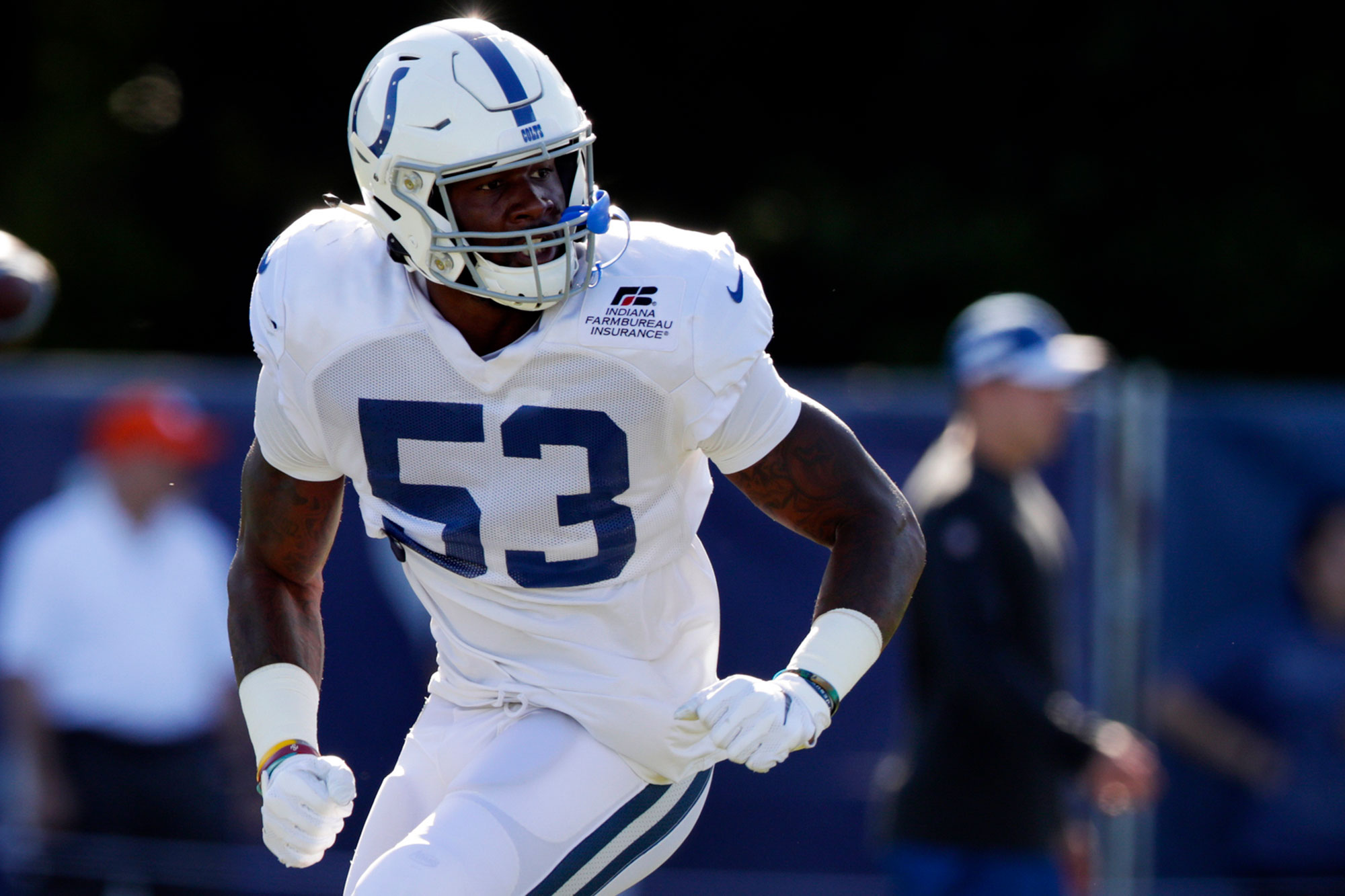 Colts linebacker Darius Leonard said he and his family were kicked out of a Chipotle after being racially profiled on Thursday in Florence, South Carolina.

The CEO of Chipotle said an investigation is underway after Leonard detailed the incident in an Instagram video. The 24-year-old Leonard, who is Black, said he, three other Black men and a woman of mixed race were sitting at Chipotle eating their meals when the restaurant’s manager came up to them asking if they had a problem. Leonard said the manager claimed a white man had accused them of verbally abusing him.

“That’s what being Black in America is right now. Us not even doing anything wrong, going out to eat with your family, just trying to spend a little bit of quality time, and you can’t even enjoy eating anymore. We’re talking about Black Lives Matter, and for the guy to look at us and lie and laugh in our face as we walk out, and the manager comes up and just basically kicked us out of Chipotle, we felt it was very disrespectful.”

Leonard’s description of the incident prompted a response from Chipotle late Thursday night.

“We are currently investigating the incident involving Darius Leonard in Florence, South Carolina,” Chipotle CEO Brian Niccol said in a statement released to multiple outlets. “We have a zero tolerance policy for discrimination of any kind and we have suspended our manager while we conduct a thorough investigation. I’ve personally reached out to Darius and I’m committed to ensuring the appropriate action is taken once the investigation concludes.”

Leonard, the 2018 AP Defensive Rookie of the Year and an All-Pro selection in 2019, is a South Carolina native and was drafted out of South Carolina State.

“We know that if that manager would have called the cops right then and there, we know what would have went down,” Leonard said. “And it’s wrong in America. And y’all wonder why all the protests and all that stuff is going on right now.

“We are tired of this. We are tired of it. And y’all white people don’t understand what we go through. This is very frustrating. Very frustrating. And y’all don’t feel our damn pain. If y’all sit in our damn shoes for one day and just walk outside and really feel what we go through, y’all would understand. Some of you need to realize we’re not just saying Black lives are the only thing that matter. What we’re saying is we want to be treated equally. Just go sit down in public, just sit down and eat without being bothered. That’s the s–t that we’re talking about.”