Commission will mute mics during final debate between Trump and Biden 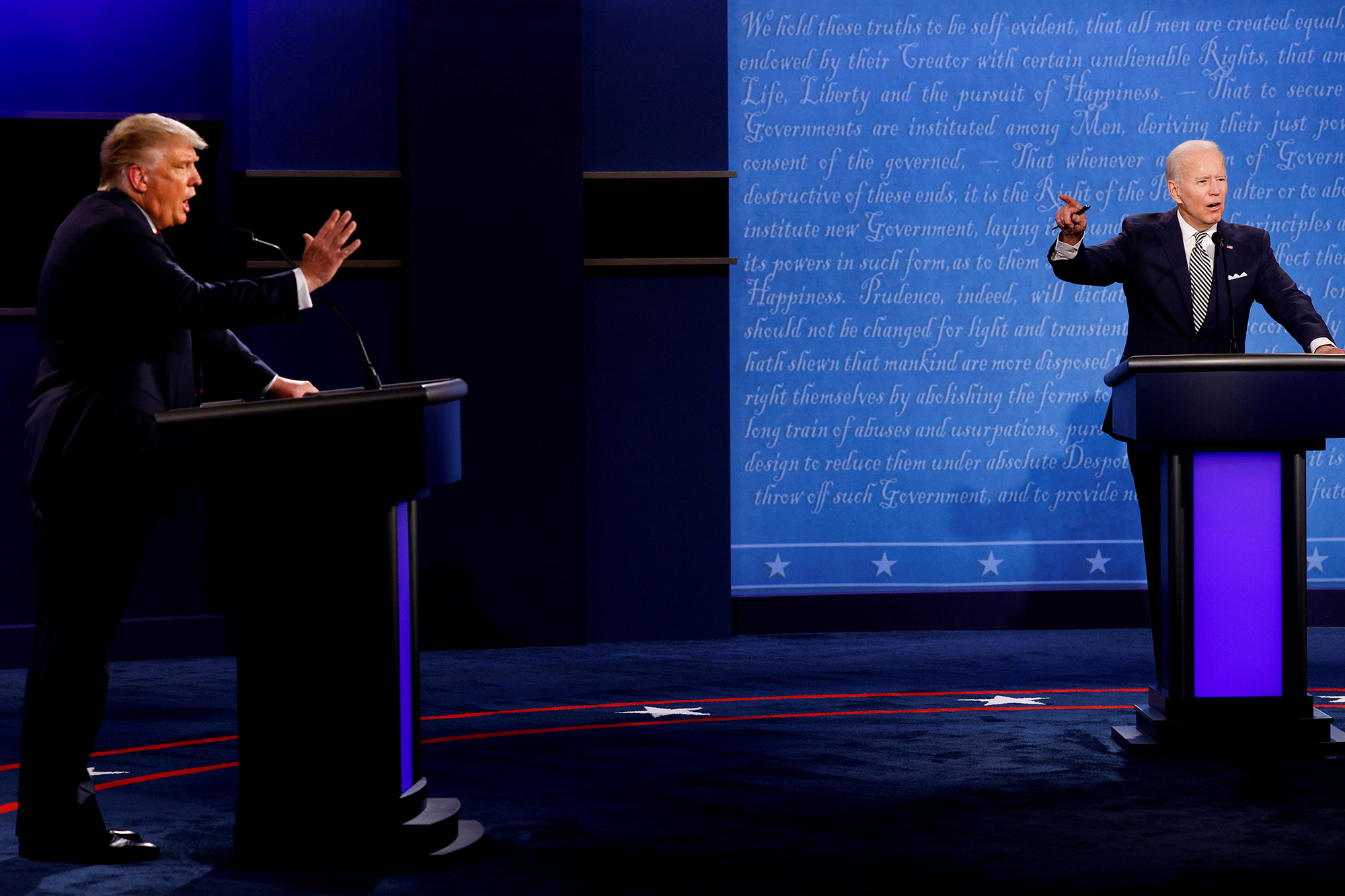 The Commission on Presidential Debates has decided to mute microphones to allow each candidate the opportunity for uninterrupted remarks during this week’s final forum.

The mute button will be featured at the start of each 15-minute segment during opening comments, according to the commission. After that time, both mics will be turned on without a mute option to enable debate.

Thursday’s debate in Nashville had originally been planned as the third between Trump and Biden. The commission scrapped the second match after Trump contracted COVID-19 and refused to participate in a proposed virtual affair.

In place of the nixed debate, the two candidates held dueling town halls.

In the first debate, held in Cleveland — which Trump claimed he won — the president interrupted either Biden or Fox News moderator Chris Wallace 145 times, according to a network analysis.

Biden, for his part, interrupted a total of 67 times, according to the same Fox analysis.

“We’re also hearing the debate commission might try to change the rules, once again, to try to have one of these rigged workers, somewhere in the control truck be able to turn off the president’s microphone whenever they want to, which again would be a gross violation of what we agreed to initially,” Trump campaign adviser Jason Miller told reporters.

Tony Hsieh, the former CEO of online shoe retailer Zappos.com, has died. He was 46. He passed away Friday in Connecticut, according to a...
Read more
News

Four fishermen lost at sea last week when their fishing vessel, the Emmy Rose, sank off the Massachusetts coast, were “honorable men” who...
Read more
News

Tony Hsieh, the former CEO of online shoe retailer Zappos.com, has died. He was 46. He passed away Friday in Connecticut, according to a...
Read more

Kevin Clifton, 38, came to the defence of self-confessed Strictly Come Dancing superfan Clara Amfo, 36, after she found herself being "hammered" with constructive...
Read more
Load more