Home Sport Conor Coady laughs off talk of a return to Liverpool and insists...
Sport

‘I can’t believe you have just put this to me here!’: Liverpool fan Conor Coady laughs off talk of a return to Anfield and insists he ‘loves’ life at Wolves after Jamie Carragher claimed Jurgen Klopp is eyeing him as a replacement for Virgil van Dijk

Conor Coady laughed off talk of him returning to Liverpool and insisted he ‘loves’ life at Wolves after Jamie Carragher claimed Jurgen Klopp is eyeing the defender as a replacement for injured Virgil van Dijk.

Klopp is sure to be on the lookout for a new centre-back in January with the Dutch stalwart expected to be out for much of the 2020-21 campaign with a serious knee injury.

Wolves captain Coady is a well-known Liverpool fan and came through the youth ranks at Anfield before leaving in 2014. 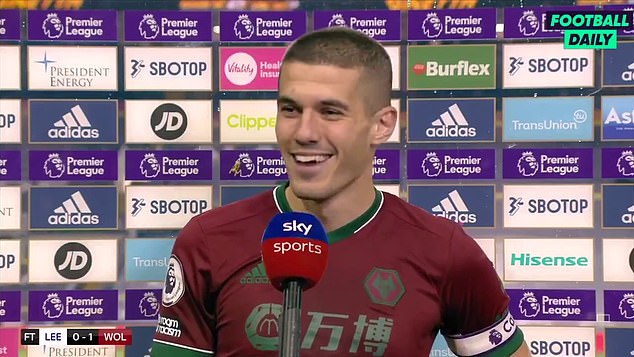 But after Carragher put Coady on the spot on Sky Sports by claiming the Liverpool boss had mentioned him, the defender was quick to laugh off the suggestions.

‘I can’t believe you have just put this to me here! No, not at all’, said Coady.

‘I love playing for this club, we’ve just beat Leeds in an amazing, amazing game. You know what I am like.

His strong form for Wolves has been recently rewarded with a call-up to the senior England set-up, earning three caps and scoring against Wales. 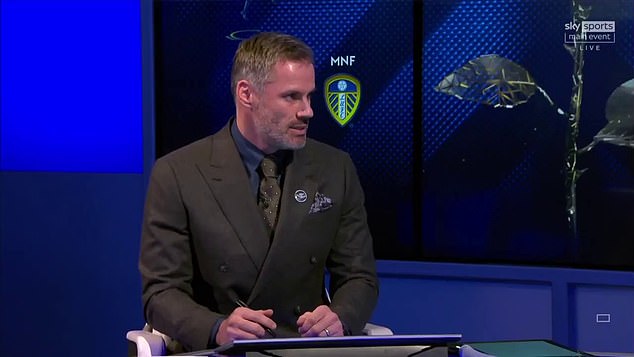 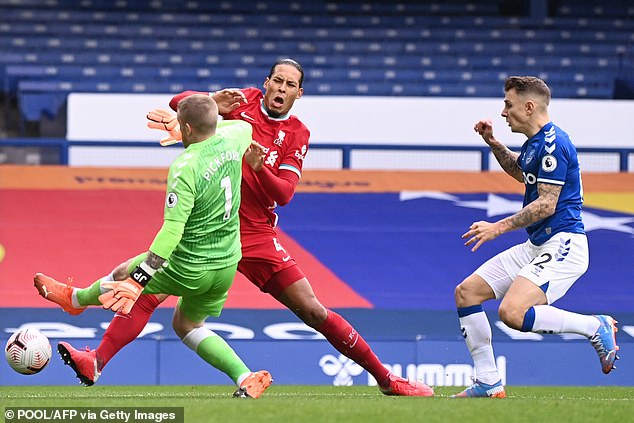 And Coady was full of praise for his current club for helping get to that point in another show of how happy he is to be at the Midland outfit.

‘Everything about the England setup has been brilliant, massive credit to Wolves for what they have done for me, the last two camps for England has been amazing’, he added.

Facebook
Twitter
Pinterest
WhatsApp
Previous articleMan accusing of killing Sydney Sutherland struck her with truck, raped and buried her
Next articleDaily coronavirus infection rates are higher in the UK, Europe, than in the US

Kardashian-Jenner family shell out $6,000 a night on a cabin in Lake Tahoe with 17 bedrooms

The Kardashian-Jenner women extensively documented their snowy getaway to Lake Tahoe on social media this week, which included staying at a lush 15-acre...
Read more

Sixties star Pamela Tiffin, whose career spanned Hollywood and Italian cinema, has died at the age of 78.Her daughter Echo revealed to The...
Read more
Load more