Conor McGregor’s fighting IQ is obvious even in sparring, according to training partner Frans Mlambo.

The Bellator bantamweight has offered insight into what it’s like to face off against the Irishman in training, where he has been trusted to work with McGregor in the past. 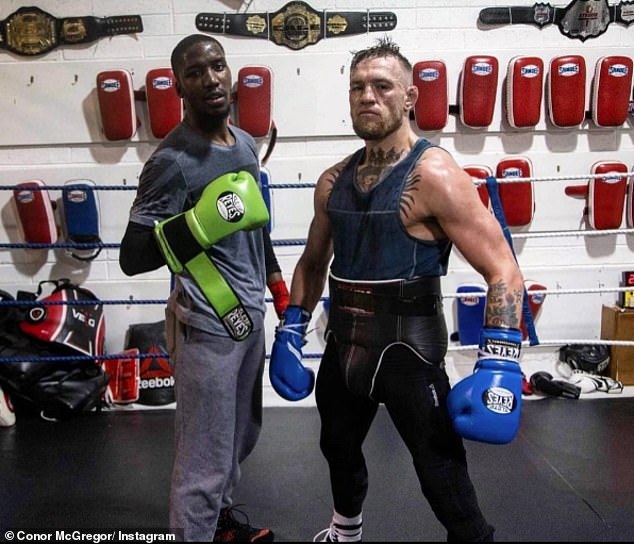 ‘I’ve been sparring him for years, but when you see him in fights he’s just a different beast.

‘You get a load of fighters who shine in the gym, he shines when you’re out there.’

The South African is known for his speed and counter-punching ability and is 9-5 in his professional career.

He helped McGregor prepare for the biggest payday of his career when he crossed over for the lucrative boxing match against Floyd Mayweather in 2017.

The ‘Notorious’ returned in January this year to beat Donald Cerrone at welterweight and Mlambo has not been working with him since he bulked up as he was used more when McGregor competed at featherweight. 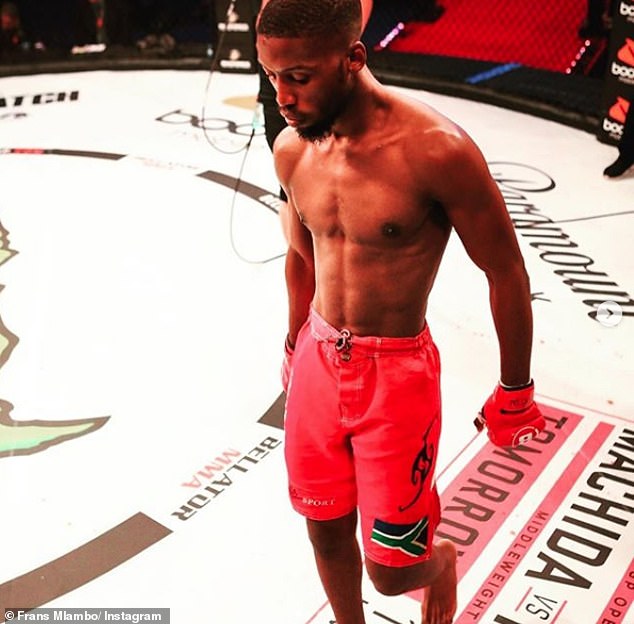 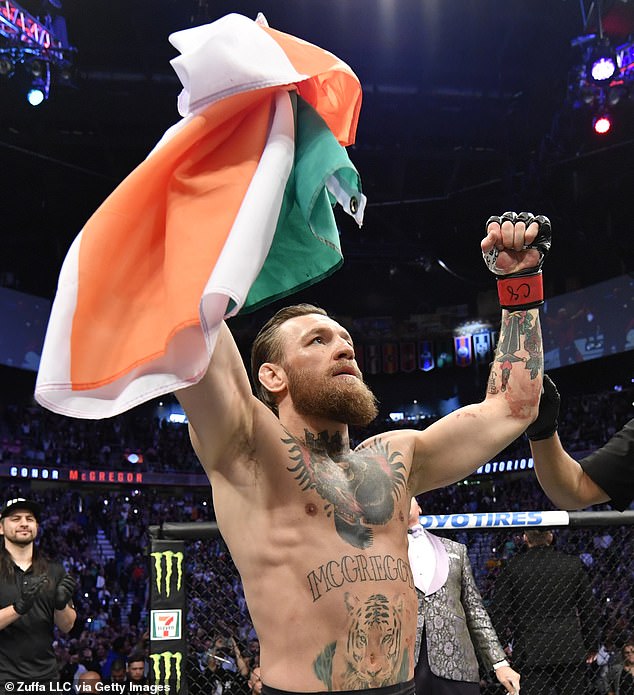 McGregor is planning to fight Dustin Poirier on January 23 next year, a year after his last bout

‘It would make real good sense if it was someone who presented just speed, then I’d probably be getting the call,’ he added.

McGregor has agreed to fight Dustin Poirier on January 23 next year and Dana White has insisted that the match-up only makes sense at lightweight.

Now that Khabib Nurmagomedov has retired following his UFC 254 win over Justin Gaethje, the belt will be up for grabs again.

McGregor is among the favourites to claim the title but Poirier, Gaethje, Michael Chandler and Tony Ferguson are also in the mix.

After Saturday’s shock retirement from his old rival, he tweeted: ‘Good performance. I will carry on. Respect and condolences on your father again also. To you and family. Yours sincerely, The McGregors.’ 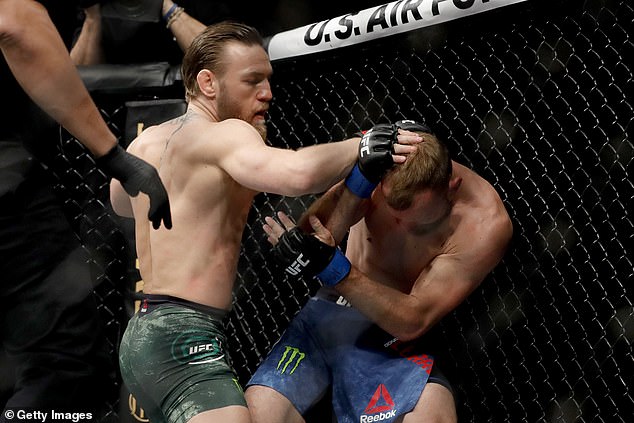 McGregor becomes a different animal when he steps inside the octagon, says Mlambo