‘Cooperative’ and ‘independent’ working dogs are equally annoyed when deprived of a treat, new experiments show.

Dog experts have long suspected that some breeds evolved to be more cooperative as they began to resent unequal rewards and favouritism from their human keepers.

Border collies, for example, were especially willing due to their particular dislike for unfairness, while huskies were more independent because they were less bothered, the theory goes.

But new research in Austria, comparing both cooperative and independent dogs and their reactions to not getting treats, found ‘little evidence’ to support the theory. 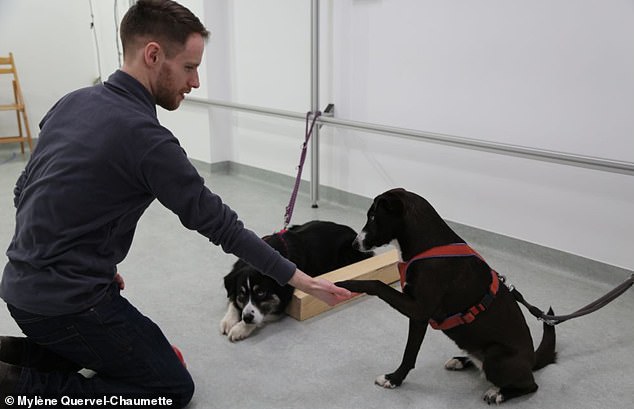 Cooperative worker dog breeds do not appear to respond more negatively to unfair outcomes than do independent worker breeds, according to the study

Working dogs were bred to assist humans in a variety of tasks, such as guarding and controlling sheep or assisting the police.

They compare with companion dogs, or pets, although many working dog breeds are taken as pets.

For this study, researchers separated working dog breeds into companion and independent dogs.

Companion dogs are thought to be more attached and react more negatively to unfair treatment, compared to the more free-spirited independent dogs.

This new study suggests there is less of a difference between the two dogs’ and their display of ‘inequity aversion’ – negative responses to unfair outcomes.

‘Overall, our results do not provide support for the hypothesis that inequity aversion and cooperation co-evolved,’ said lead researcher Jim McGetrick, of Vienna’s University of Veterinary Medicine in Austria.

‘However, they illuminate potential differences in selection pressures experienced by cooperative worker and independent worker dog breeds throughout their evolutionary history.’

Dogs and many other animals display inequity aversion – negative responses to unfair outcomes – which is thought to affect whether or not they cooperate.

But only limited evidence supports the hypothesis that cooperation and inequity aversion co-evolved as dogs and humans became best buddies.

For the experiments, researchers examined responses to the ‘paw test’ from 24 dogs – half from the ‘cooperative’ worker breeds and the remainder from the ‘independent’ worker breeds.

McGetrick and colleagues examined the responses of 12 dogs from cooperative worker breeds – including Australian Shepherds, border collies, Labrador retrievers, and rough collies – which work in continuous visual contact with humans.

Another 12 dogs of the more self-assured and independent worker breeds were also used – the fluffy breeds Japanese Akita and and Shiba Inu, as well as Siberian huskies and the Basenji breed, which is linked with Egyptian Pharaohs from thousands of years ago. 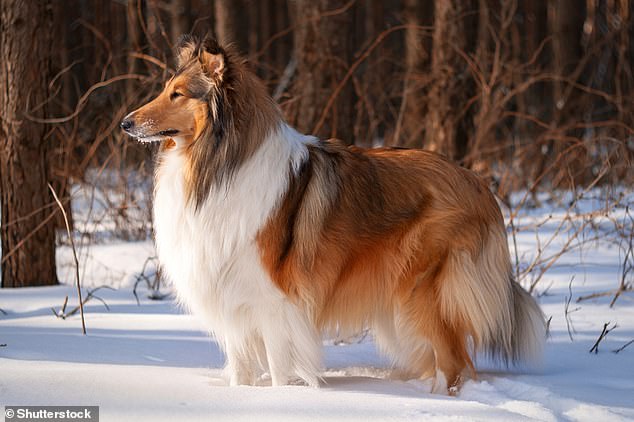 A rough collie, a cooperative worker breed. It’s been used and bred for herding sheep in Scotland

In the paw task, the experimenter alternately asked two dogs to give their paw, but only one dog was always rewarded.

Dogs belonging to both breed groups displayed inequity aversion, and there was no significant difference between the groups in their negative responses to inequity, the team found.

However, the team did find some differences between the so-called ‘independent’ and ‘cooperative’ dog groups. 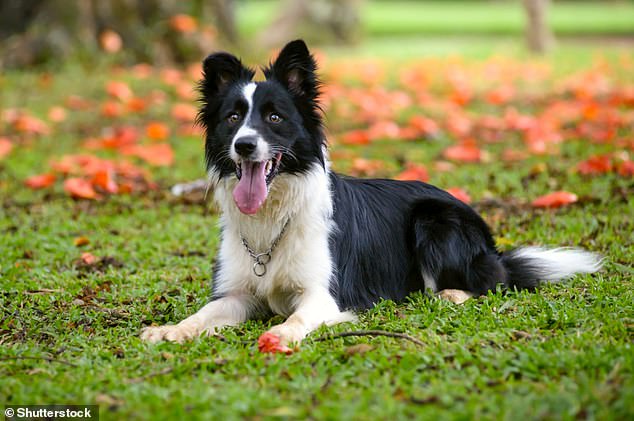 An attentive border collie, one of the cooperative worker breeds and known for herding livestock, especially sheep

For example, dogs from independent breeds gave their paw fewer times than the cooperative breeds, especially in the unrewarded conditions – simply highlighting the differences between the two breed groupings.

Cooperative breeds also tended to work longer than independent breeds after being denied their reward.

In addition, dogs from cooperative breeds spent more time close to their partners when allowed to freely interact, compared with dogs from independent breeds. 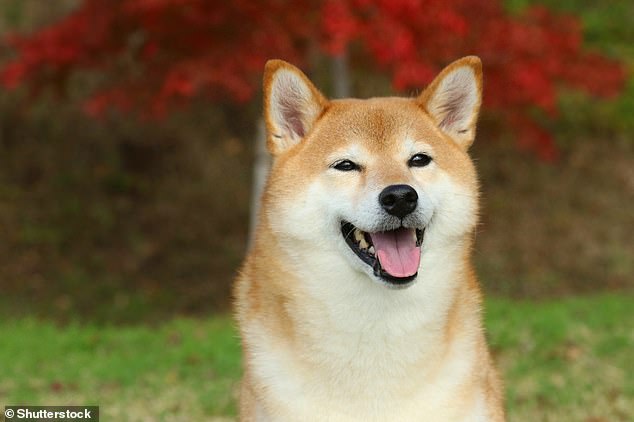 A Japanese dog Shiba Inu, which was classed as one of the independent worker dog breeds

The doggy psychologists also compared the social behaviours of the two groups in a food tolerance test and a free interaction session, where the dogs were allowed to mingle.

They found dogs from cooperative breeds spent more time close to their partners when freely interacting than dogs from independent breeds.

‘While falling short of previous hypotheses, the findings did provide some evidence for basic breed group difference,’ said McGetrick. 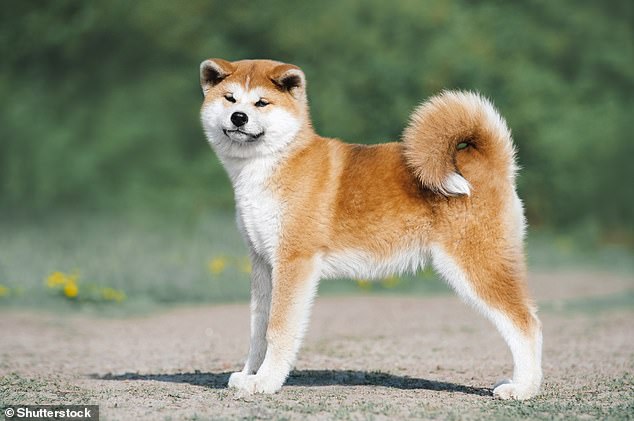 An Akita Inu puppy. This Japanese dog breed is powerful, independent and dominant, commonly aloof with strangers but affectionate with family members

‘This may indicate a history of selection, in cooperative worker breeds, for increased motivation to work with humans.’

Although the sample size was small, the results do not support the hypothesis that inequity aversion and cooperation co-evolved.

The team hopes their findings will lay the groundwork for future work on dog breed differences.

The study has been published in the journal PLOS One.

SARS-CoV-2 is 1,000 TIMES better at infecting human cells than its closest relative found in bats