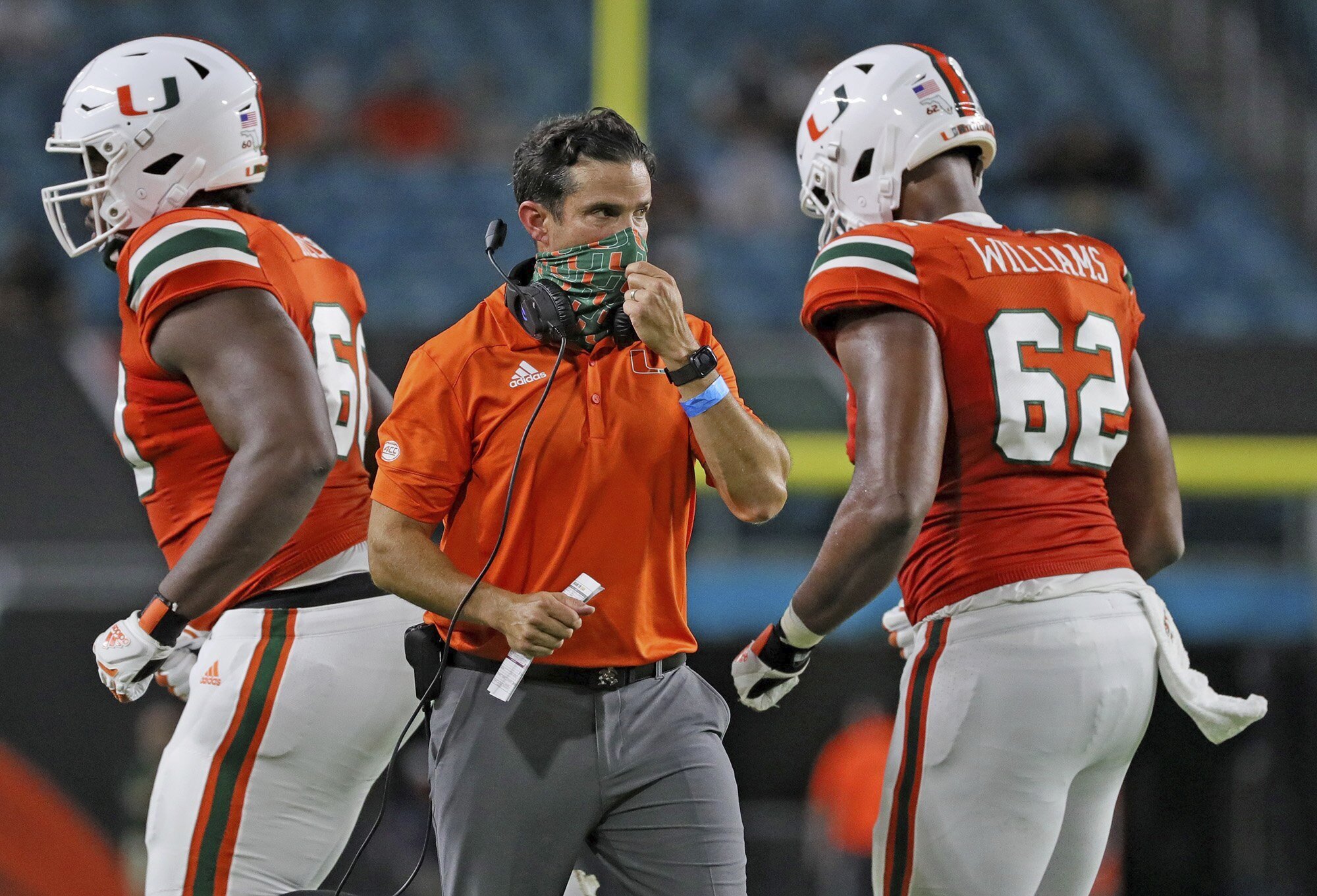 Nine games have already been postponed. Several stars have opted out. Notre Dame is a one-year member of the ACC. The Big Ten and the Pac-12 have sidelined themselves.

College football’s regular season starts in earnest this weekend, with the two of the remaining three power conference schools starting play. The biggest question isn’t who will reach the College Football Playoff, it is whether there will be a season representative enough to even crown a champion.

Welcome to the 2020 college football season, one that promises to be different than any previous year. The COVID-19 pandemic hangs over the sport like an anvil waiting to be dropped, and without a bubble to protect it.

“It is unlike anything we have encountered or probably ever will encounter really,” AAC commissioner Mike Aresco told The Post in a phone interview. “It’s going to be unusual.”

Just take the Big 12, for instance. It was supposed to own the sport’s stage on Friday night, but the TCU-SMU game was canceled due to an outbreak on the TCU campus. Saturday’s Baylor-Louisiana Tech game was also postponed when 38 Louisiana Tech players tested positive for the virus. Tennessee had to cancel its scrimmage last Saturday because it had 44 players out due to positive tests or contact tracing.

“This is not a time when you can state with any sort of veracity that you’re going to play all your games. We could find ourselves in the same situation that the Big Ten and the Pac-12 are in later in the season,” Big 12 commissioner Bob Bowlsby warned on a conference call. “I’m not prepared to have any bravado about it whatsoever.”

Said Aresco: “It would be hard to think we can get through a season without any [issues].”

Dr. R. Dawn Comstock, an epidemiology professor at the Colorado School of Public Health, believes the chance of a full season being played is very unlikely. Teams are too big. There are too many other people involved. And they are staying on college campuses where cases continue to skyrocket. Dr. Henry Raymond, an associate professor and epidemiologist at the Rutgers School of Public Health, agreed with Comstock, saying at some point the season may not be able to continue due to the health risk it poses.

“As long as we have community transmission of COVID in the United States, football teams are going to be hit by COVID cases. That’s just a given,” Comstock said. “I think we’re going to see a really patchwork college season. Any games that happen are quite frankly bonus games for the fans and the teams this year. I don’t think fans should bank on any games happening the entire season.”

If there is a season, there will be a College Football Playoff, executive director Bill Hancock told The Post. It won’t include the Big Ten or Pac-12. The season also will be missing big stars from those conferences and several others who have opted out due to COVID-19 concerns. In Bleacher Report’s Matt Miller’s 2021 mock draft, 10 of his top 20 picks won’t be playing in the fall.

“If the virus will let us have a season, I’m convinced we’ll have a playoff at the end of it,” Hancock said.

The major conferences are testing players three times per week and any non-conference opponents have to adhere to similar testing protocols. That seems to be about the only uniform decision that has been made.

Attendance will vary by school. LSU announced it will have 25 percent capacity at Death Valley and Alabama will fill 20 percent of its stadium, while others, like Duke and West Virginia, won’t have fans at the start of the season. The ACC and SEC have banned marching bands from stepping foot on the field and the Big 12 won’t allow them on the road. The SEC will be playing a 10-game, conference-only season, while the Big 12 and ACC will each play one non-conference game.

It is unclear what the threshold is to call off a game. Only the Big 12 has announced guidelines. A game will be postponed if a team has fewer than 53 players available, fewer than seven offensive linemen, four defensive tackles or lacks a quarterback. The other leagues have yet to be specific. Aresco said the AAC has a formula to show if it’s safe to play, but the league doesn’t have a set number of players who have to be available.

“I have no idea what the requisites are to play or not play a game. No clue,” Virginia Tech coach Justin Fuente told reporters recently. “Nobody knows to my knowledge.”

“It’s a mess in that you’re not sure if you’re even going to play,” said former Miami and Georgia coach Mark Richt, who now works for the ACC Network.

It’s one of many unanswered questions that college football must deal with in this uncertain season. At the top of the list, of course, is health as the virus shows no signs of letting up.

The Big Ten and Pac-12 chose the safe route, believing the health risk was too great based on advice from doctors. The ACC, Big 12, SEC and AAC went ahead, citing their own medical specialists as giving them the go-ahead after looking at the same data.

It has been a heavily debated subject, one President Trump has even weighed in on, saying multiple times the Big Ten should play in the fall and even speaking with commissioner Kevin Warren. Former Michigan quarterback and ESPN “Monday Night Football” analyst Brian Griese criticized the Big Ten. He called it a mistake, saying the conference rushed a decision and should have waited to collect more data.

“College football is just a reflection of American society,” Comstock said. “It’s no different than what we’re seeing in terms of one governor in one state saying we need a statewide mask mandate and another governor in another state going to court to try to prevent cities in their state from passing a citywide mask mandate.”

Whatever side you’re on, there will be a college football season of some kind. It will lack certain rivalries. Crowds will be greatly diminished. Big names and big schools will be missing. The atmosphere will be lacking. But the sport is back — for now.

“Without those conferences, you’ll notice it,” Aresco acknowledged. “But I think people will be happy to see football if we can do it safely, and I think we can.”