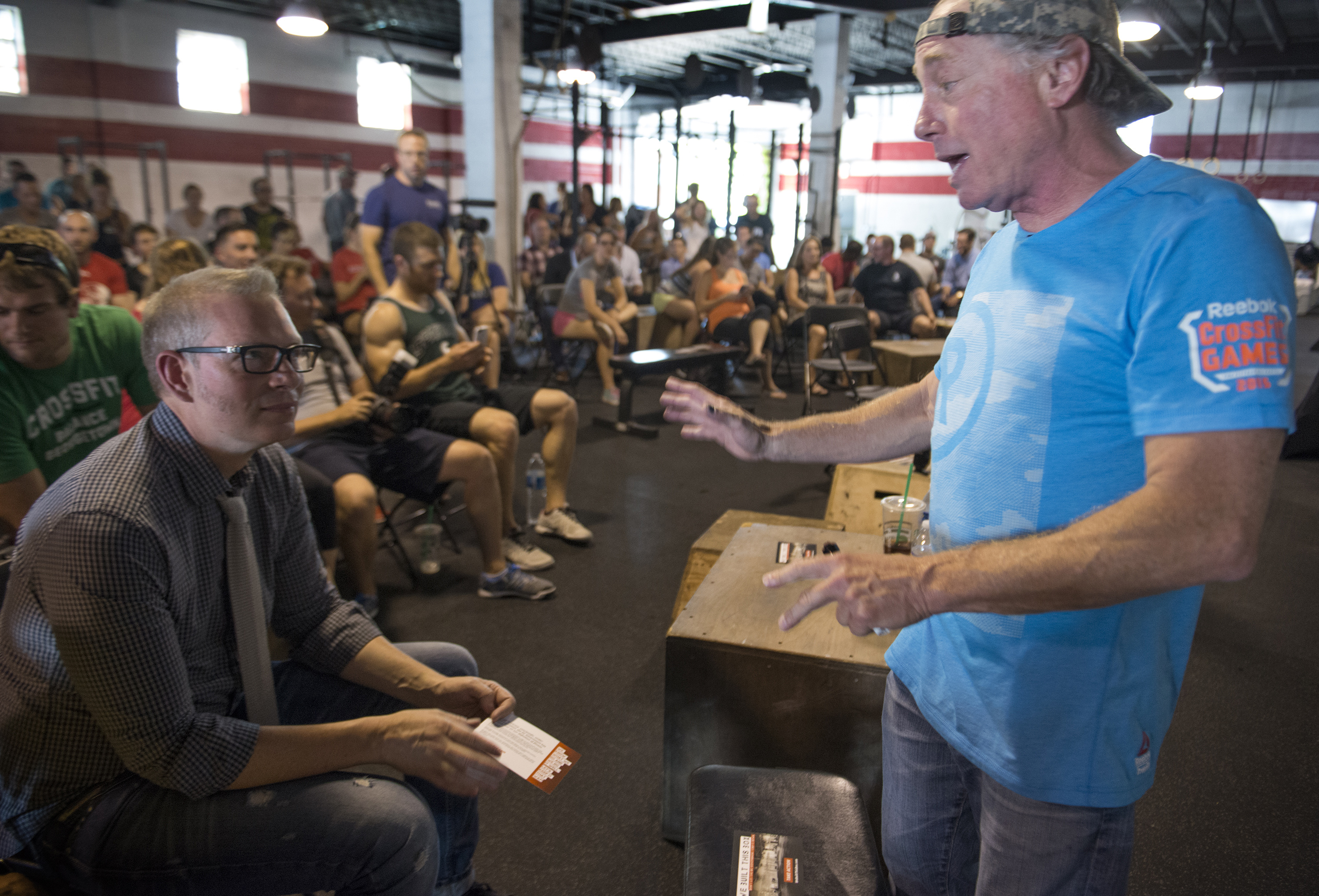 Embattled CrossFit founder Greg Glassman is selling the beloved fitness chain following a firestorm over his insensitive comments about race and allegations of rampant sexual harassment.

Eric Roza, a tech executive and owner of a Colorado CrossFit gym, will buy the company from Glassman and take over as CEO after the sale closes next month, CrossFit officials announced Wednesday. Financial terms of the deal were not disclosed.

Glassman said he would cut ties with CrossFit amid outrage over his alleged mistreatment of women and his inflammatory remarks about the police killing of George Floyd, which led him to step down as chief executive earlier this month.

“The world has changed, but the magnificent human machine, the proven benefits of CrossFit, and its market opportunity remain unchanged,” Glassman, CrossFit’s sole owner, said in a statement posted to the corporation’s Twitter account. “It is time for the founder to bid adieu and find other creative outlets.”

In his own statement, Roza pledged to regain the trust of CrossFit devotees upset by Glassman’s alleged sexism and racism. Reebok ended its corporate partnership with CrossFit and several affiliated gyms cut ties with the company after Glassman made light of Floyd’s death even as the tragedy sparked nationwide protests against police brutality.

“My view is simple: Racism and sexism are abhorrent and will not be tolerated at CrossFit,” Roza said. “We open our arms to everyone, and I will be working hard to rebuild bridges with those whose trust we have lost. I come to you with deep humility and the realization that we have hard work to do.”

Roza will replace Dave Castro, a longtime CrossFit honcho, as the company’s CEO. A CrossFit spokesman said Castro will stay with the company but did not say in what capacity.

Glassman, who founded CrossFit in 2000 with his ex-wife Lauren Jenai, left the chief executive’s job two weeks ago after he was heard on a Zoom call questioning why he should “mourn” for Floyd, a black man killed by cops in Minneapolis, “other than that it’s the white thing to do.”

Since then, ugly details of the company’s allegedly sexist corporate culture has also emerged. A recent New York Times report documented how Glassman talked about sexual encounters in detail and tried to take photos of women’s breasts, while male employees allegedly ranked female CrossFit athletes by how much they would sleep with them.

Former CrossFit employee Andy Stumpf recently detailed on a podcast how Glassman aggressively pursued female staffers, who kept quiet because they were “ruled by fear of retribution.” Stumpf recalled that Glassman once told a female staffer he was pursuing that he hoped her boyfriend, who was in the military and deployed overseas, would die serving his country.

Montauk’s Surf Lodge is transforming into wellness lodge amid pandemic

Kate opens up on her private past as she takes on...

POLL: Would you be willing to spend more to buy British...

5 things to know before the stock market opens Tuesday

Kate opens up on her private past as she takes on...

POLL: Would you be willing to spend more to buy British...