Home U.S D-day for a stimulus deal as Pelosi and Steven Mnuchin to hold...
U.S

Nancy Pelosi’s 48-hour deadline to reach a deal with Republicans on the latest coronavirus stimulus package expires Tuesday as she and Treasury Secretary Steven Mnuchin scramble to wrap up negotiations.

The House Speaker plans to meet with Mnuchin more on Tuesday after the duo spoke for an hour Monday afternoon – even though the head of the Treasury had to call in from Tel Aviv, Israel.

Pelosi created an arbitrary deadline over the weekend, claiming the two-day notice to Republicans is her last ditch effort to get a bill passed in Congress before the election two weeks from Tuesday.

Tuesday marks day 91 since COVID-19 relief negotiations began – and neither side of the aisle is prepared to pass the opposing party’s version of the legislation. 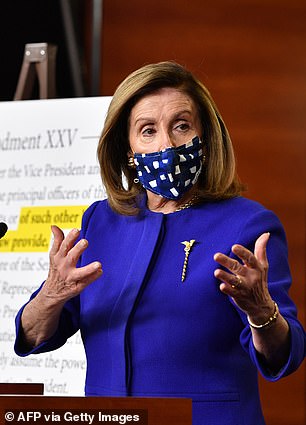 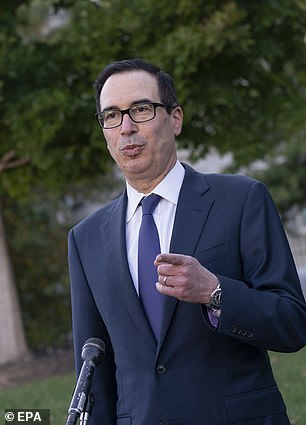 White House, House and Senate Republicans have expressed their belief Mnuchin is a sellout and are worried he will do anything, including cave to Pelosi on a state and local funding package, to reach a deal.

Those involved in talks claim Mnuchin has already agreed to more than $1.9 trillion in spending for the package, including a major $60 billion rental assistance program.

Also over the weekend, Pelosi and Mnuchin decided they had made enough progress on their top issues that they could now turn over the package to both chambers’ appropriations committees to handle the specifics of the spending portion of the legislation.

The two sides, however, walked away Monday with different ideas of where they are on reaching a deal, despite narrowing their differences.

Republicans said they had thought that the Occupational Safety and Health Administration portion of the bill was locked up – Democrats disagreed.

Appropriations staff met for an hour Monday afternoon and were immediately deadlocked on the bill.

Democrats suggested Republicans could not negotiate because of divisions in their conference and Republicans said Democrats are unbendable.

Both sides also told Politico that they had no clue what Pelosi and Mnuchin, who has acted as the mouthpiece for the White House on COVID stimulus since March, had privately agreed to, making it hard to strike a deal.

While President Donald Trump says he agrees with going big on the latest stimulus package, he opposes measures Pelosi has included in her $2.2 trillion CAREs Act – calling the measures ‘goodies’ for Democrats.

More fiscally conservatives in Congress are against a sweeping package, evident by Senate Majority Leader Mitch McConnell preparing this week for the upper chamber to vote on $500 billion in relief.

Some within the GOP are hesitant to pass any new stimulus, claiming it’s unnecessary spending after a handful of other sweeping legislation pumping money and relief programs into the economy and direct to the American people.

Other Republican believe the price-point shouldn’t exceed $1 trillion – but there are a few OK with sweeping legislation, like Trump ally Senator Lindsey Graham.

The new legislation, if passed, could likely include another round of stimulus checks for Americans under a certain tax bracket, and a continuation of an unemployment insurance boost and more allocated for the Paycheck Protection Program.

Another measure both sides are looking to agree on is more money for airlines as money ran out and major US.-based airlines were forced to lay off and furlough thousands of workers.

Further showcasing how far apart the sides are on the bill is an issue that was thought to be easily solvable.

Appropriations took a look at a pot of money put aside for transit, global health, the Indian Health Service, Centers for Disease Control and Prevention and community health center funding, drinking water and rural energy

Pelosi wants $143 billion for this kitty while the Trump administration wants $113 billion, which in terms of congressional appropriations money is not too far apart.

Republicans lament that Democrats will only settle for the $143 billion and will not meet anywhere in the middle.

British Airways 747 bursts into flames at Spanish airport where it...
Read more

Only one of these turkeys will be a real lucky duck. Corn and Cob, the pair of bulbous butterballs duking it out for a...
Read more

The Michigan Board of Canvassers on Monday voted to certify the state’s election after one of the Republicans on the board supported the...
Read more
Load more