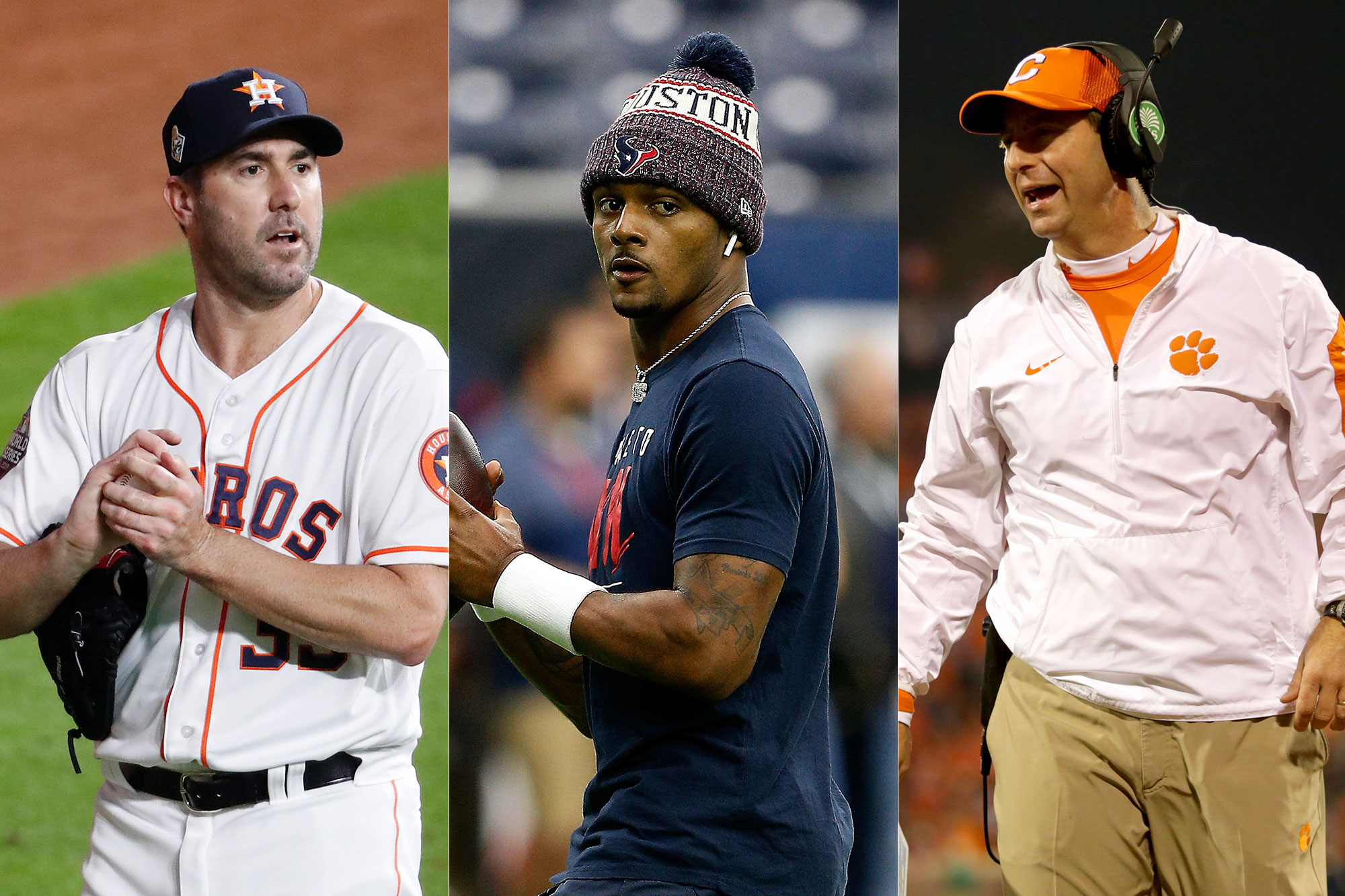 The second and third questions addressed to the Houston Texans’ star quarterback were not from members of the media. They came instead from Watson’s head coach at Clemson, Dabo Swinney, and from fellow Houston sports star Justin Verlander, the ace pitcher of the Astros.

“I remember being at the draft with you when you got drafted, and I was mad as anything that night,” Swinney told Watson, the 12th overall pick in 2017. “I was mad. I was mad. And you were sitting there just like, ‘Man, God’s got this and He’s going to take me there… I’m sitting over there going, you’re right, and meantime I’m punching tables.”

Verlander followed Swinney and praised the 24-year-old Watson for deserving his four-year, $156 million extension, which includes a $27 million signing bonus.

‘I’m so happy. Being able to go to games and sit in the stadium and see you sign this extension, it’s pretty special,” said Verlander, who won his second career Cy Young Award last season. “Crazy how fast it comes. Thankful to call you a friend and to watch you in Houston for a long time to come.”

Michael Perry, Watson’s offensive coordinator when he played at Gainesville High School in Georgia, and members of Watson’s family also were on the call, and the fourth-year quarterback definitely enjoyed having those familiar faces take part in the announcement.

“A lot of memories,” Watson said. “A lot of talks. A lot of sacrifice, discipline. All those people were, even including JV, had something to relate to me. They’ve had a big part of my career, so it’s just flashbacks that continue to pile up with so many special moments. It’s awesome.”

Should Mets keep Van Wagenen? Examining his hits, misses and one ‘ridiculous’ move