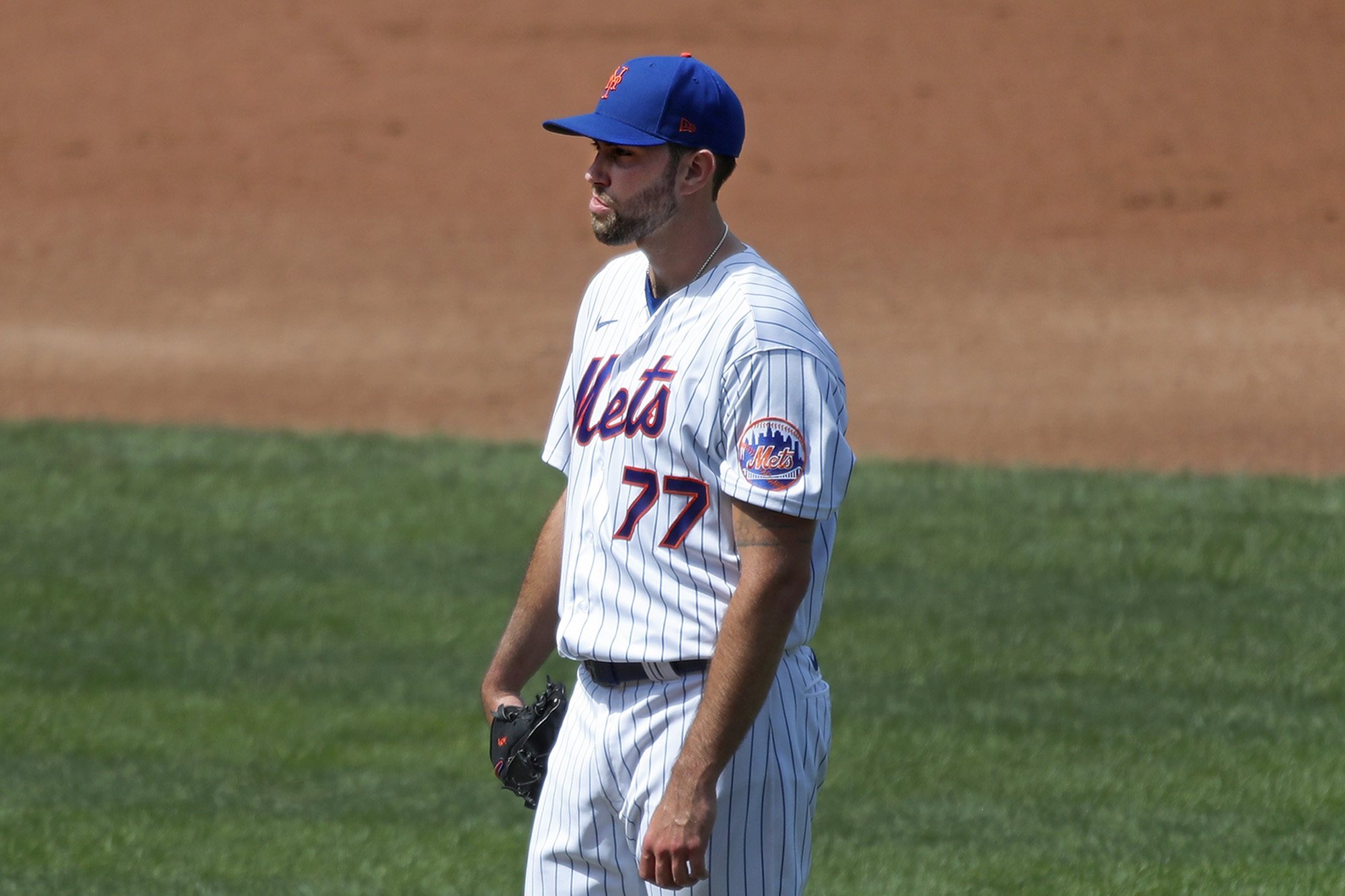 David Peterson finally resembled a rookie in a pennant race.

The left-hander had been among the Mets’ bright spots this season, but Monday struggled to throw strikes and allowed two significant hits, forcing his departure after two innings. Jean Segura’s three-run double in the first and Rhys Hoskins’ two-run homer in the second buried Peterson.

“The command of the fastball wasn’t there, that was one of the biggest problems for me,” Peterson said following the Mets’ 9-8 loss to the Phillies in 10 innings. “I made a couple of mistakes.”

Peterson threw 70 pitches in the two innings, allowing five earned runs on three hits, four walks and a hit batsman. He was rejoining the rotation after serving as the piggyback in the bullpen Wednesday to Michael Wacha.

Erasmo Ramirez’s five-inning relief appearance in which he allowed one run gave the Mets a chance to rally — they took a 7-6 lead on Jeff McNeil’s homer in the seventh inning.

“[Ramirez] did a good job,” manager Luis Rojas said. “He saved our bullpen basically to get to the eighth and have our guys aim for the win. It wasn’t the case, but Erasmo put us in a good position to probably get a win today.”

Andres Gimenez, who started ahead of Amed Rosario for the fourth straight game, went 2-for-4 to continue his torrid stretch. The rookie is 7-for-15 (.467) with four RBIs over that stretch. Gimenez also continues to shine defensively.

“This kid, he keeps playing really well, just consistency defensively, consistency in his at-bats, as a base runner, student of the game,” Rojas said. “He is just growing every day. His versatility also helps so he can play other position besides shortstop. He is getting so strong as days go by and as he keeps playing at the big-league level.”

Robinson Chirinos started behind the plate for the third time in five games. Rojas last week indicated Wilson Ramos would remain the starter upon Chirinos’ arrival in a trade with Texas, but says he is now playing the lineup he believes will give the Mets their best chance on a daily basis. Chirinos is well-respected for his defense and pitch framing.

“From an ability to get under the ball well, he is unbelievable,” Rojas said. “I think he does a good job presenting those pitches down in the bottom of the zone. He has real good energy, in sync with the umpires. Just really good connecting with the dugout and connecting with the team out there. Just a solid defensive catcher.”

Chirinos went hitless in four at-bats and is batting .135 for the season.

Gary DiSarcina rejoined the Mets as the third base coach. DeSarcina had been absent from the team for two-plus weeks after a player and coach tested positive for COVID-19.