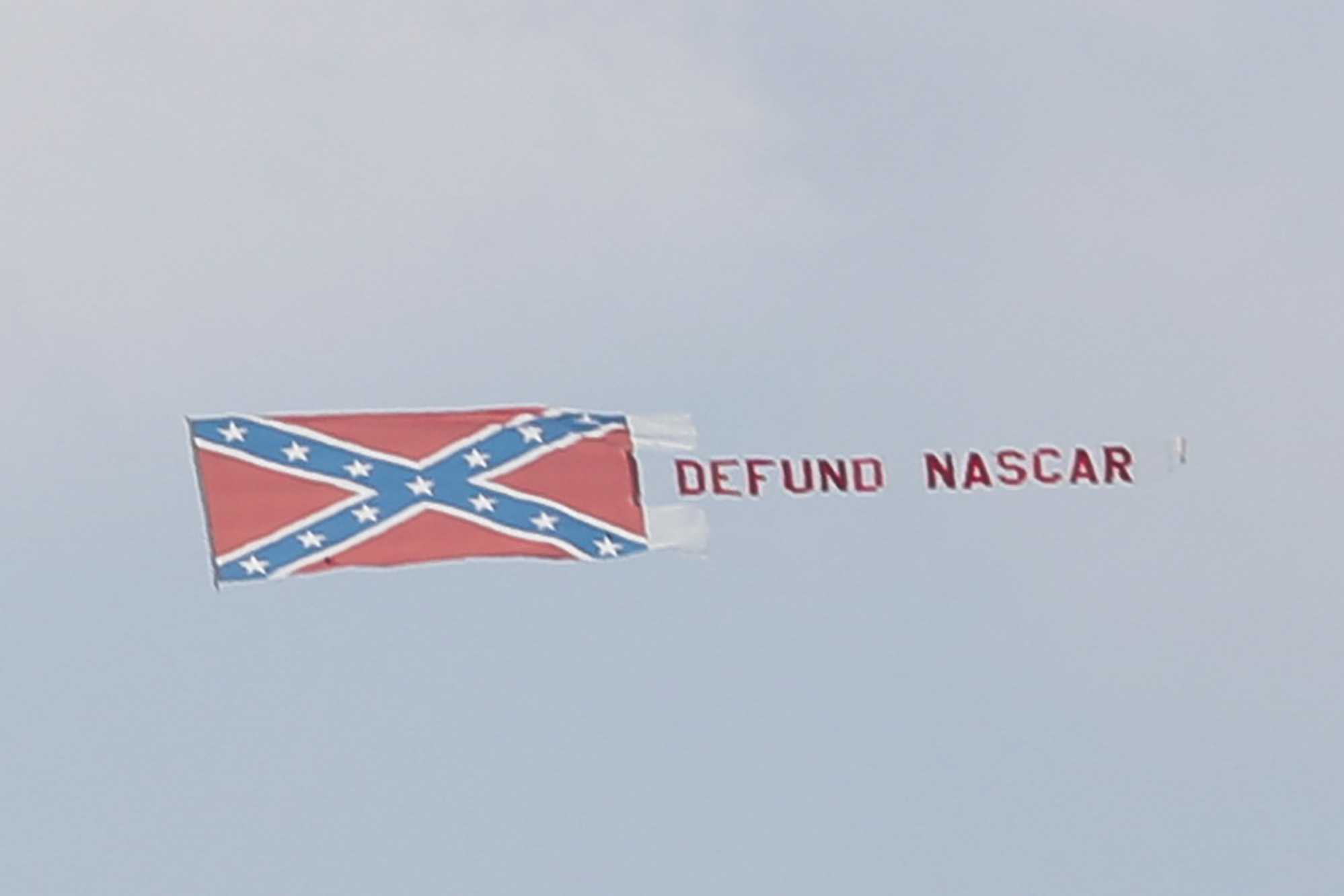 Some NASCAR fans have their answer for the organization banning Confederate flags from its events: “Defund NASCAR.”

That was the message flown in a banner next to a Confederate flag Sunday by a plane above the Talladega Superspeedway in Alabama, the site of the Geico 500, which was postponed by thunderstorms until Monday.

It was set to be the first race that allowed fans in since NASCAR announced its ban on Confederate flags on June 10 because of its association with slavery and racism. NASCAR did not say how it would enforce the new policy.

On Sunday, cars lined the street outside the speedway waving the flags, according to reports, and they were present next to Trump 2020 banners and an American flag at Ed Sugg’s merchandise tent.

“They’re doing very well,” Sugg, a Helena, Alabama, resident, told the Associated Press. “People are disappointed that NASCAR has taken that stance. It’s been around for as long as all of us have been. I don’t think anybody really connects it to any kind of racism or anything. It’s just a Southern thing. It’s transparent. It’s just a heritage thing.”

Others in attendance supported the ban.

“I don’t think there’s a place for it in NASCAR, to be honest with you,” 32-year-old David Radvansky told the AP. “That doesn’t sit well with all the good ol’ boys, but it is what it is.”

NASCAR driver Bubba Wallace, the circuit’s only black full-time driver, led the charge to have the Confederate flags removed from the sport in the wake of George Floyd’s death at the hands of police in Minneapolis and the ensuing protests against racial injustice and police brutality.