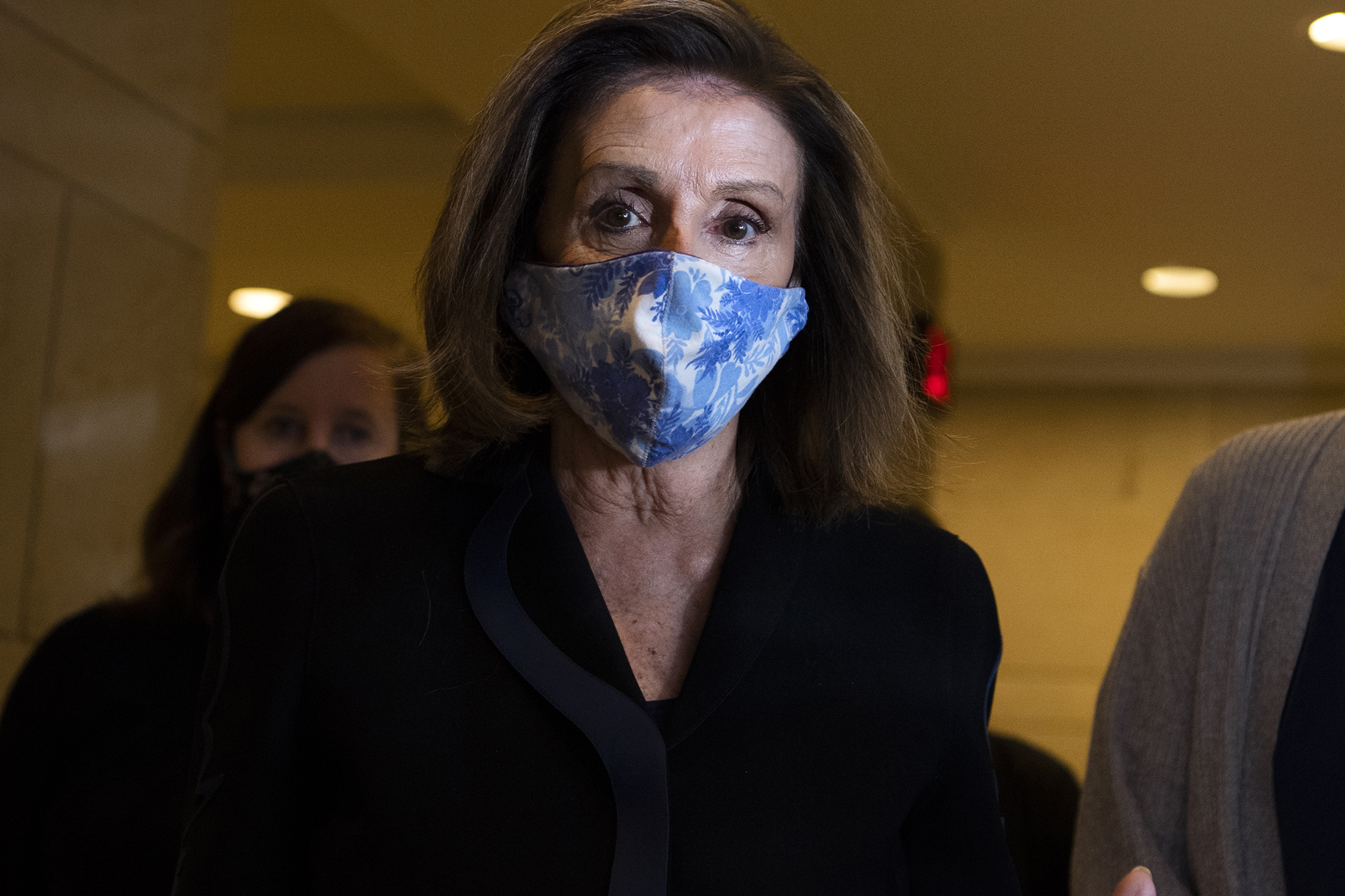 House Democrats on Wednesday voted to renominate Speaker Nancy Pelosi (D-Calif.) to continue in her position next year despite losing seats in the Nov. 3 election.

Pelosi, 80, has clashed with younger left-wing lawmakers including New York Rep. Alexandria Ocasio-Cortez, 31, who want Democrats to embrace single-payer health care and dramatic environmental reform, and she still must win an early January vote in the more narrowly divided House.

“Congratulations to @SpeakerPelosi, once again elected by House Democrats to be our fearless leader and nominee for Speaker of the House for the 117th Congress!” tweeted the House Democratic Caucus.

House Democrats are also expected to nominate Majority Leader Steny Hoyer, 81, of Maryland and Majority Whip Jim Clyburn, 80, of South Carolina, for new terms. The octogenarian trio has led the Democratic caucus for the last 14 years.

Pelosi is San Francisco’s longtime representative and is known for effectively whipping Democrats to back her top-down legislating style, while often belittling Ocasio-Cortez and policies pushed by members of her “Squad” of allies.

Her re-election as speaker isn’t guaranteed if an enlarged Democratic left wing objects. If current election results hold, Democrats will have a thin majority of 222-213 over Republicans, giving even a small bloc of dissenters leverage.

Pelosi was re-nominated by a voice vote. Bloomberg News congressional correspondent Billy House reported that Democratic aides “said they hear no opposing voices,” but the vote was done remotely due to the COVID-19 pandemic, rather than the traditional in-person forum.

Pelosi will need 218 votes for House speaker in an early January election, before President-elect Joe Biden takes office on Jan. 20. Control of the Senate remains in flux due to two Georgia runoff elections.

In 2019, 15 mostly centrist Democrats did not support Pelosi’s bid for speaker.

House leaders, meanwhile, are discouraging fellow Democrats from taking jobs with the incoming Biden administration, sources told The Post on Sunday, out of concern that Republicans could claim vacated seats.

On Tuesday, however, Biden announced that Louisiana Democratic Rep. Cedric Richmond will join the White House as a senior adviser, though he may remain in the House through the speaker election.

COVID-19 has found its way to an Oregon mink farm, where both staff and animals are getting infected, according to the U.S. Department...
Read more
News

A man was arrested after refusing to wear a face mask on a Delta Air Lines flight that was heading from Salt Lake...
Read more
News