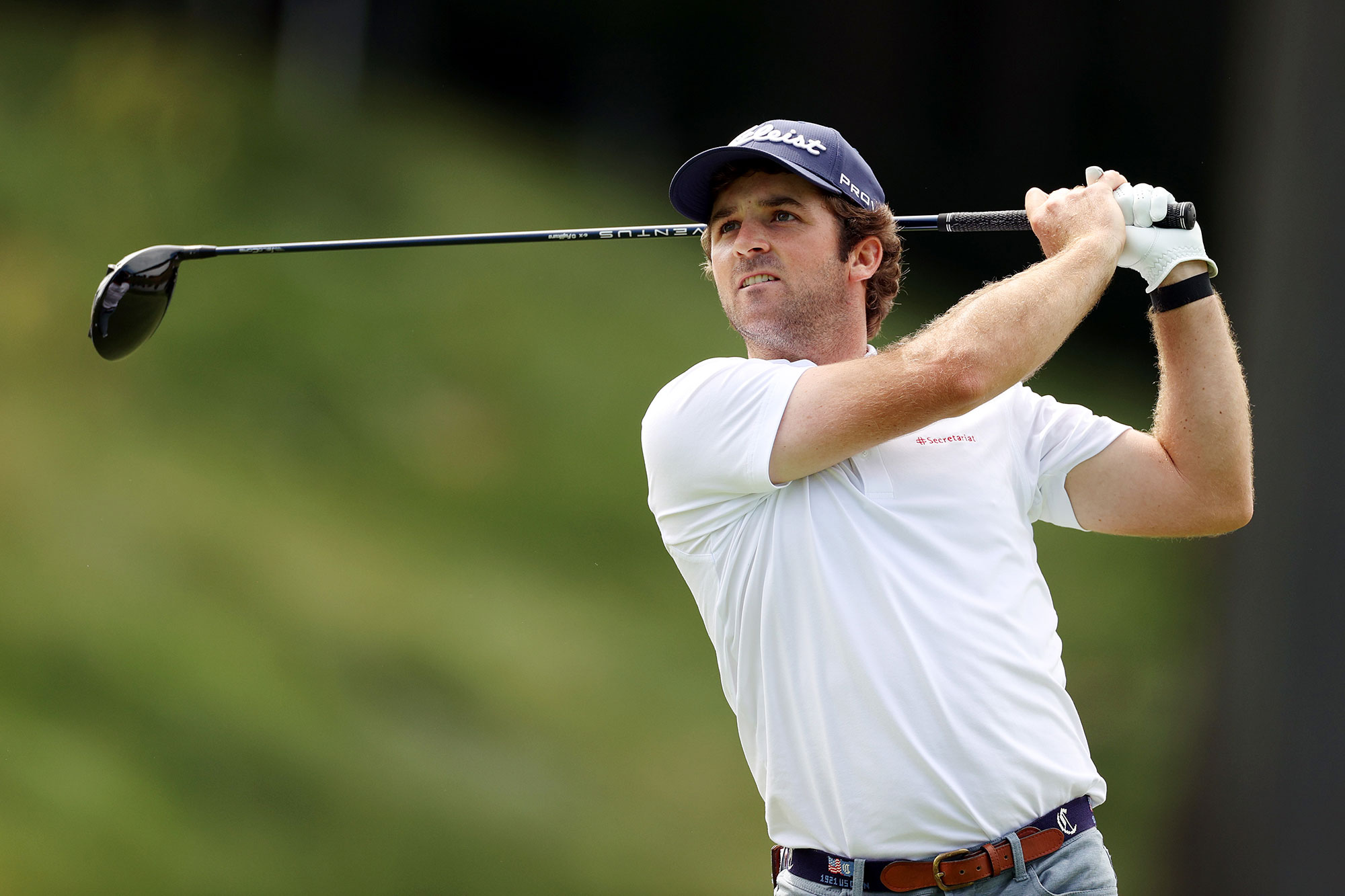 CROMWELL, Conn. — At least one more PGA Tour player in the Travelers Championship field has tested positive for COVID-19 and been forced to withdraw from the tournament.

Denny McCarthy, who shot a 3-under-par 67 in Thursday’s opening round, told GolfChannel.com on Friday that he woke up in the middle of the night feeling achy and sore. He was scheduled to tee off at 1:30 p.m. Friday for his second round, but tested positive in the morning and withdrew.

McCarthy was grouped with Bud Cauley and Matt Wallace. It was not immediately known whether either of those two also felt symptoms or got tested again.

McCarthy is the third PGA Tour player to test positive in the three weeks since the Tour’s re-start. Nick Watney withdrew after feeling symptomatic entering the second round of the RBC Heritage Championship last week. And Cameron Champ tested positive before the Travelers began this week and withdrew Tuesday.

Neither Koepka brother nor McDowell or Simpson tested positive.

“The Tour is just doing a terrific job with all the testing, with trying to distance,’’ Kevin Streelman, a former Travelers Championship winner and a member of the PGA Tour’s Players Advisory Council, said Friday after his round. “We’re trying to mask, we’re just doing our best every day to make sure we can keep everything on the road, and so far I’d say it’s been a tremendous success.

“Some of these positives were inevitable. We’re just going to have to take it week by week and try and do the right things, do the smart things. I think everyone realizes it’s important and the protocols are critical, and everyone needs to take them very seriously.’’

Asked if he believes the players and caddies should be tested more often than they are, which is once upon their arrival to the tournaments, Streelman said, “I think we ordered about as many as we’re allowed to have at the Tour. They’ve asked for as many as they can get. You also don’t want to take away resources from the communities we’re going to. We’re all open to as much testing as needs to be done.’’

After the positive tests at the start of the week, there were some calls from social media to cancel the tournament and for the PGA Tour to suspend its season. PGA Tour commissioner Jay Monahan revealed earlier this week that more than 2,700 tests had been administered on the PGA Tour and Korn Ferry Tour. As of Wednesday, only seven came back positive. Now it’s eight.

“You hear one or two positive tests and people are panicking, and I saw a couple of calls to shut the tournament down, which is silly from my point of view,’’ Rory McIlroy said on Thursday. “There’s been almost 3,000 tests administered. The percentage of positive tests is under a quarter of a percent. I think as a whole, it’s been going really well.’’

Intercontinental travel will be cut off for a long period, Lonely...