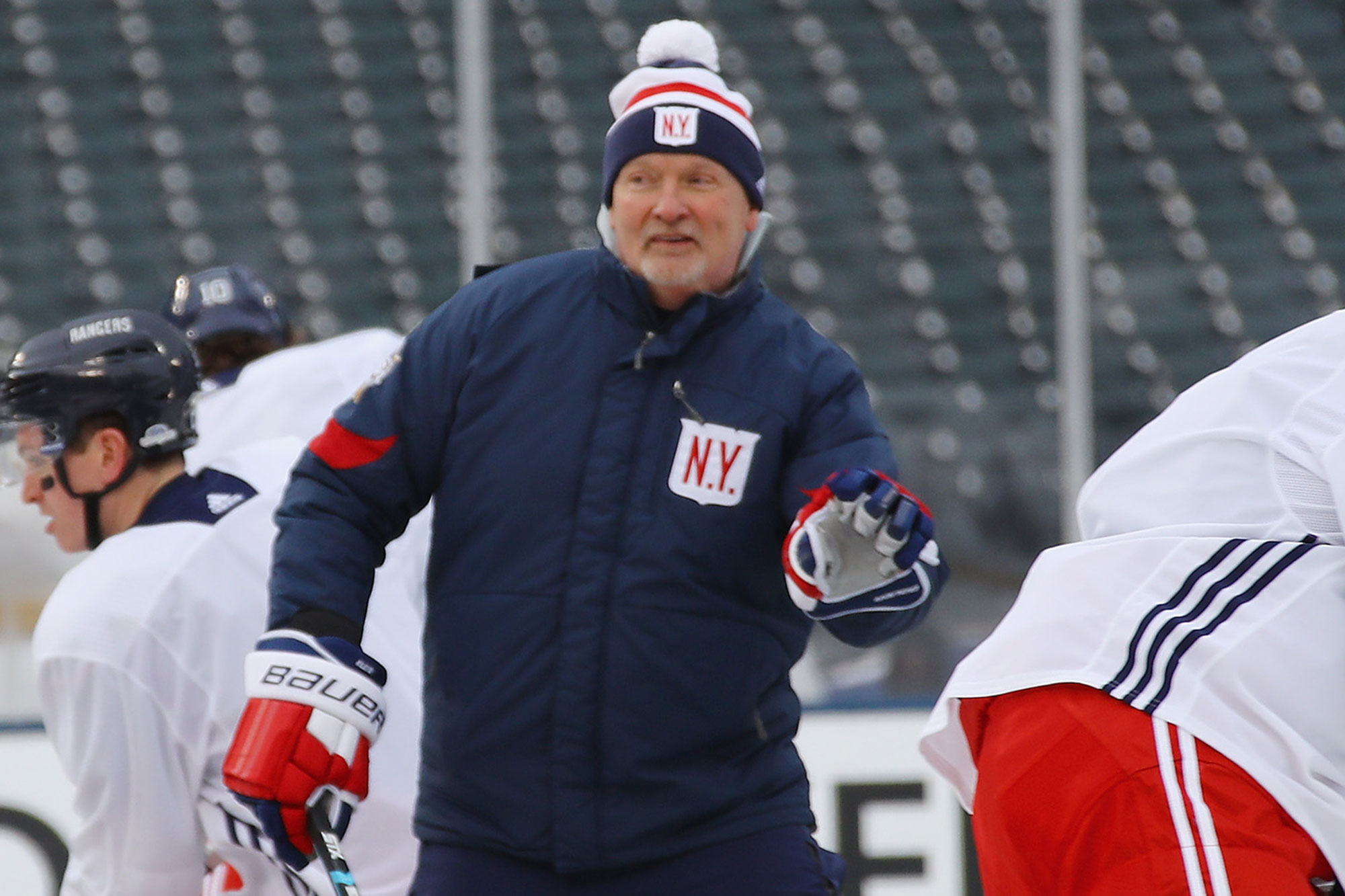 Rangers’ assistant coach Lindy Ruff has been interviewed by the Devils for their vacant head coaching position, The Post has learned. Sportnet’s Elliotte Friedman was the first to report his candidacy.

Ruff, whose areas of specific responsibility are the defense and penalty kill, is in his third year with the Blueshirts. It is unclear whether the Devils would have permission to hire the 59-year-old coach before the Rangers either win the Stanley Cup or are eliminated in the planned summer tournament for which New Jersey did not qualify.

The Rangers are tentatively scheduled to begin training camp on July 10 before moving into their qualifying round matchup against the Hurricanes.

Alain Nasreddine, the interim coach under whom the team went 19-16-8 after he replaced John Hynes behind the bench on Dec 3, remains a candidate for the permanent job. Gerard Gallant, Peter Laviolette and John Stevens are also believed in the running. (Tom Fitzgerald continues to operate as interim general manager, though the Devils are apparently still undecided whether he will keep the post.)

The Rangers have struggled on the defensive end of things (last in the NHL in expected five-on-five goals-against per 60 minutes) over and on the penalty kill (ranked 23d this year and over the last three years) throughout Ruff’s tenure but young defensemen Adam Fox, Ryan Lindgren and Tony DeAngelo have improved under his tutelage.

Ruff was an NHL head coach for 19 seasons (Buffalo 15 years and Dallas for four) before joining then head coach Alain Vigneault’s staff in 2017-18. He is sixth in career victories (736) and seventh in games coached (1,493).