People who get divorced are more likely to die than heavy drinkers, people with money problems and those who never got married in the first place, a study has shown.

Scientists revealed the disparity after asking 13,611 American adults aged between 50 and 104 about their lives over the previous 16 years, between 1992 and 2008.

They then collected data on those that died between 2008 and 2014, either through national mortality records or interviews with relatives.

Participants were quizzed on 57 different socioeconomic factors including unemployment history, food bank use and life satisfaction, while medical and biological measures were excluded.

Perhaps unsurprisingly, the number one cause of an early death was found to be smoking, almost doubling the risk to individuals.

However, divorce came in second, ahead of alcohol abuse, financial difficulties and unemployment and even never having been married in the first place.

Previous studies have also shown that divorcees are more likely to suffer from heavy drinking and money problems – potentially exacerbating the problem. 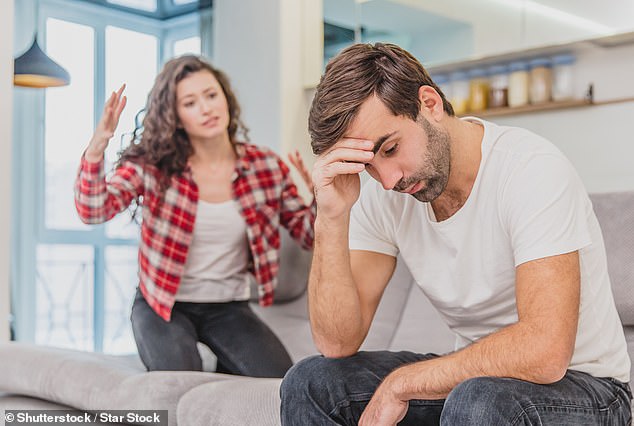 Scientists revealed the disparity after questioning 13,611 American adults aged between 50 and 104 about their lives between 1992 and 2008, and monitoring how many participants died between 2008 and 2014. (Stock image)

The purpose of the study, published in Proceedings of the National Academy of Sciences, was to shed light on why increases in life expectancy have been anaemic in recent years.

The study found ‘little evidence’ that death rates differed by gender, between white and non-white populations and those who did and did not attend high school.

Eli Puterman, assistant professor at the University of British Columbia who was involved in the study, said the results ‘show that a lifespan approach is needed to really understand health and mortality’.

‘For example, instead of just asking whether people are unemployed, we looked at their history of unemployment over 16 years.

‘If they were unemployed at any time, was that a predictor of mortality? It’s more than just a one-time snapshot of people’s lives, where something might be missed because it did not occur.’

He added: ‘Smoking has been understood as one of the greatest predictors of mortality for 40 years, if not more, but by identifying a key factor like negative affectivity – that you tend to see and feel more negative things in your life – we can see that we might need to start targeting this with interventions.

‘Can we shift it and have an impact on mortality rates? Similarly, can we target interventions for the unemployed and those with financial difficulties to reduce their risk?’ 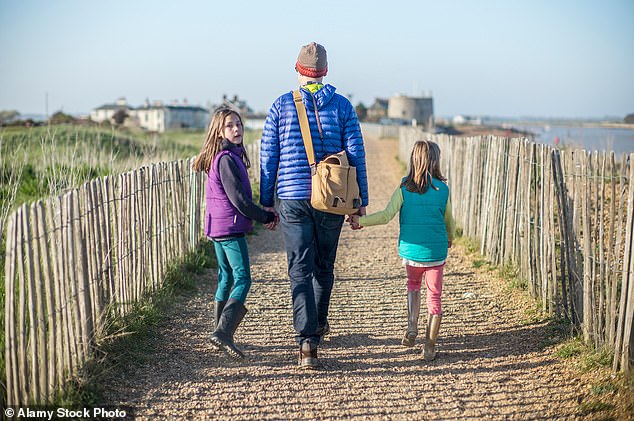 As many as 57 different socioeconomic factors were measured including history of unemployment, use of food banks and life satisfaction. (Stock image)

Ten highest risk of death factors, according to the study

What is the Hazard Ratio (HR)?: This is the likelihood of dying when faced with a particular factor. A value of one means an average risk of death.

Divorcees are known to be more likely to drink and have money problems than others.

Several studies have repeatedly shown that people who drink large amounts of alcohol are at a heightened risk of divorce.

‘On average, divorced people drink more than married people,’ said Fartein Torvik, a researcher at the Norwegian Institute of Public Health who has studied alcoholism, in 2013.

‘To some extent this is due to increased drinking after a divorce, but people who drink heavily also have a higher risk of experiencing a divorce, so heavy drinking likely interferes fundamentally with the quality of marriage.’

And in 2018 a survey found that money worries are the biggest reason for seeking a divorce, which may then continue afterwards.

A poll of 2,000 British adults found money topped the list, with one in three couples saying it was the biggest cause of their marriage problems.

A further one in five also admitted the majority of their arguments were about money, and blamed their partner for the issues by accusing them of overspending or failing to budget properly.

There were 90,871 divorces in the UK in 2018, a drop of 10.6 per cent compared with the previous year and the lowest number since 1971, according to the office for national statistics.

The number of divorces is expected to continue to decline as more couples opt to cohabit, rather than going through a wedding ceremony.

Bus driver dies after being beaten by passengers refusing to wear...

Bus driver dies after being beaten by passengers refusing to wear...