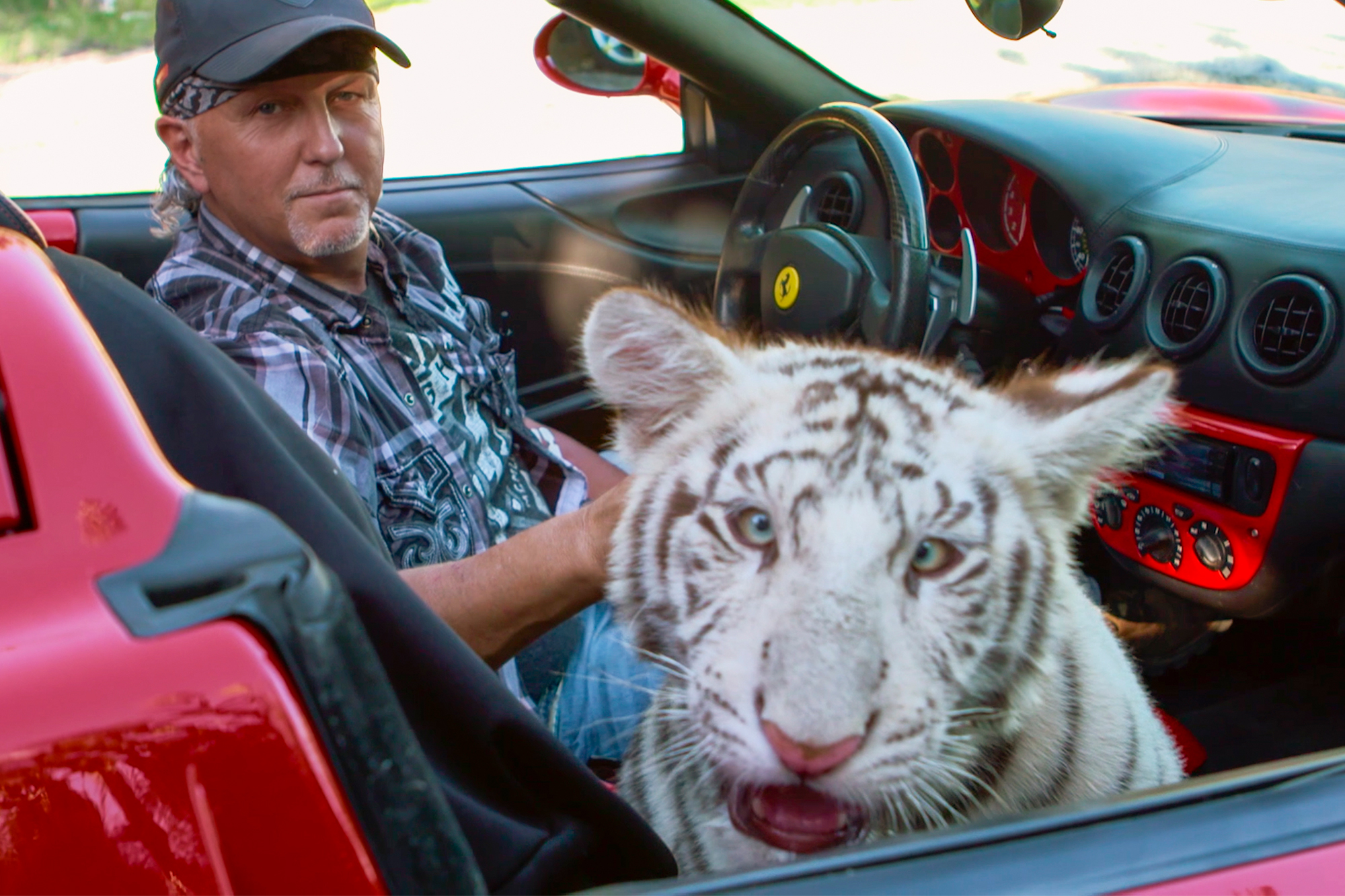 The US Justice Department is suing the current owner of the exotic animal zoo featured in the Netflix series “Tiger King” — alleging its animals were in bad shape and “decomposing big cat carcasses” were found on the premises.

The feds’ civil complaint alleges that Jeffrey and Lauren Lowe violated the Endangered Species Act and the Animal Welfare Act while operating the Greater Wynnewood Exotic Animal Park in Oklahoma.

In the summer, inspectors from the USDA Animal Plant and Health Inspection Service found a number of animals in poor health and hygiene at the park, the DOJ said.

One lion cub, named Nala, was “lethargic, depressed, thin, and would not get up out of the mud even after prompting,” the DOJ said in a statement.

The cub was later diagnosed with with an upper respiratory infection, dehydration and urinary tract infection, the DOJ said.

When inspectors from the USDA suspended Jeff Lowe’s license, the couple moved their animals to a new property in Thackerville, where they are planning to open another zoo called Tiger King Park and film a new TV show, the feds said.

The suit seeks to block the couple from displaying animals at the new facility online or in person and asks the court to declare that they’ve violated the Endangered Species Act by “illegally taking, possessing, and transporting protected animals.”

“The Lowes’ failure to provide basic veterinary care, appropriate food, and safe living conditions for the animals does not meet standards required by both the Animal Welfare Act and the Endangered Species Act,” Principal Deputy Assistant Attorney General Jonathan D. Brightbill of the Environment and Natural Resources Division said in a statement.

“Exhibitors cannot evade the law simply by shutting out the USDA and moving their animals elsewhere. The Department of Justice will support the USDA in pursuing those who violate federal animal protection laws.”

Lowe, who took control of the zoo from “Tiger King” star Joe Exotic, did not immediately respond to request for comment.

Controversial “virginity tests,” which involve intrusive and unscientific examinations, are being offered by medical clinics around Britain, according to an investigation. The test claims...
Read more
News

New Jersey Starbucks barista claims she was fired for refusing to...
Read more

A Virginia “porch pirate” dressed as an Amazon delivery driver swiped three packages from a front stoop this week. The thief struck just before...
Read more

Low-waste Christmas dinner: How to avoid wasting food at Christmas

CHRISTMAS is the most wasteful time of year, with food waste in the UK increasing by 30 percent during the festive season. Here's...
Read more

Bill Bailey slammed by Oti for 'wasting time' during Strictly rehearsals: 'All the time!'

New Jersey Starbucks barista claims she was fired for refusing to...

Low-waste Christmas dinner: How to avoid wasting food at Christmas