President Donald Trump and Democrat Joe Biden will hit the campaign trail with just 11 days left before Election Day after surprising the country by pulling off a relatively civil second and final presidential debate.

Both men returned to Washington, D.C. and Wilmington, Delaware, respectively, at around 1 a.m. Friday, only to turn around and start campaigning again.

Trump will hold back-to-back rallies in the must-win state of Florida on Friday, while Biden will stay local and deliver remarks on COVID-19 and the economy from Wilmington. 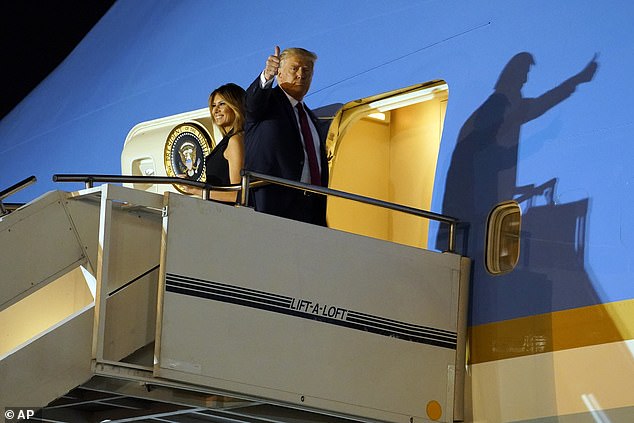 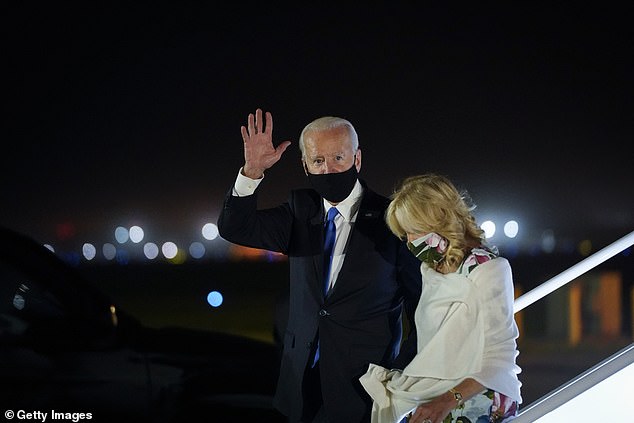 Joe Biden (left), with his wife Jill Biden (right), arrived back in Delaware around 1 a.m. Friday morning following the final presidential debate. He’ll give a campaign address Friday afternoon from Wilmington and campaign with Jill in Pennsylvania Saturday

The president is betting on his strategy of holding rally after rally to excite his base and turn them out, even though large, crowded, unmasked events are a medical no-no amid a pandemic.

During his interview with ’60 Minutes,’ Trump defended hosting potential ‘superspreader’ events by pointing out to Lesley Stahl that the events are outside and the campaign handed out masks.

He also claimed that many of his supporters wore those masks.

About a third of attendees generally wore masks at the rallies DailyMail.com attended last weekend and Monday.

‘But you look out and they’re not wearing them and you don’t say, “Please put on your masks,”‘ Stahl pointed out. ‘They love you, they would pay attention,’ Stahl urged. 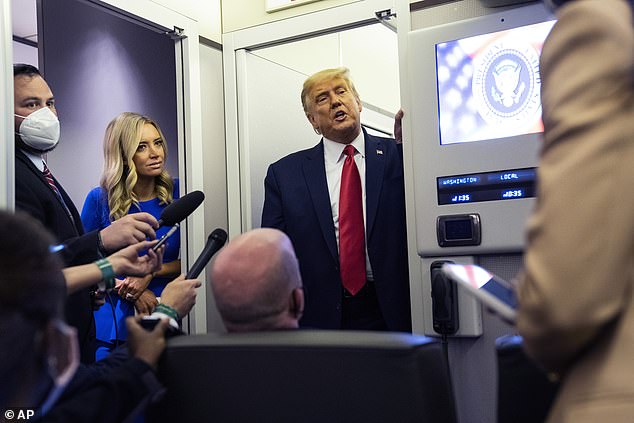 Biden has been more wary of exposing supporters to COVID-19 and, in turn, has had to be creative when holding in-person campaign events.

The Democratic nominee has leaned heavily on drive-in-style rallies.

Bernie Sanders, during a Pittsburgh are visit on Saturday, will headline one in Rankin, Pennsylvania alongside the state’s Lt. Gov. John Fetterman.

The former vice president and his wife Jill will campaign together on the other side of Pennsylvania Saturday, holding events in Bucks and Luzerne counties.

Trump, on Saturday, will take a multi-state tour.

He has rallies planned in North Carolina, Ohio and Wisconsin.

He’s spending Friday night in Florida and will cast his ballot there Saturday morning.

On Sunday, Trump will travel to New Hampshire – a state he barely lost to Hillary Clinton in 2016 – and hold a really there.

Biden will lean on some celebrity surrogates this weekend as well.

Lizzo is slated to hold two campaign events in the Detroit area on Friday, while Cher will speak with potential voters in Las Vegas, Nevada on Saturday and Phoenix, Arizona on Sunday.

Obama will continue stumping for Biden and head to Miami on Saturday.

Facebook
Twitter
Pinterest
WhatsApp
Previous articleFabinho 'set for talks with Liverpool over a new contract' after cementing position as a key player
Next articleProperty prices: Where is the best place to buy in the UK during the boom?

Premier League clubs face pressure from their doctors to lobby for...
Read more

But whatever you think about, this cosmic combination has its grip on you today, so the best bet involves steering yourself towards what...
Read more
Load more

Premier League clubs face pressure from their doctors to lobby for...