The war of words between Donald Trump and Anthony Fauci continues with the president saying the COVID expert is not a team player and the doctor responding with a quote from ‘The Godfather.’

The two men have been at odds in the past but the conflict has roared back to center stage after the president’s campaign featured a clip of Fauci appearing to endorse Trump.

The president, who has called Fauci an ‘idiot’ and a ‘disaster,’ has doubled down on the attacks with two weeks to go until the election.

Trump also claimed they are not odds and he likes the doctor.

‘I’m not at odds. I like him. I think he’s a terrific guy,’ Trump told ‘Fox & Friends’ on Tuesday morning.

But he then went on to attack the director of the National Institute of Allergy and Infectious Diseases, repeating his charge Fauci is an ally of Andrew Cuomo, the Democratic governor of New York.

‘No, I get along with him very well. He’s a Democrat. He’s actually a very good friend of the Cuomo family,’ he said.

‘The only thing I say is he is a little bit sometimes not a team player. But he is a Democrat,’ Trump added.

President Trump said Fauci got so much media attention because the press like him because Fauci is against him. 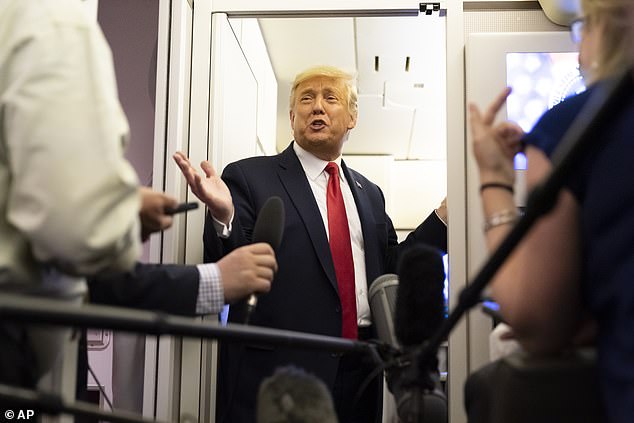 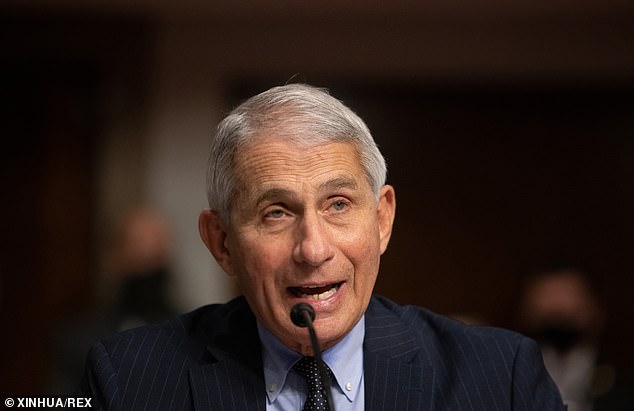 Dr. Anthony Fauci responded to Trump’s criticism with a quote from ‘The Godfather’

On Monday, Trump called Fauci an ‘idiot’ and a ‘disaster’ during a phone call with campaign staff and said: ‘People are tired of COVID.’

His attacks come amid dangerous trends for infections, deaths, and test positivity rates. The U.S. has been logging more than 50,000 infections a day, with numbers approaching mid-summer highs.

Voters have been critical of Trump’s handling of the pandemic while praising Fauci as a trusted voice on the virus.

Fauci, in an interview with southern California AM radio station KNX1070, Fauci shrugged off the attacks as a ‘distraction.’

‘I would prefer not to comment on that and just get on with what we are really trying to do and what we are trying to do is to protect the health and welfare and safety of the American people predominantly, and ultimately, of the world,’ he said.

He added he doesn’t want to create a ‘me against the president’ mentality, calling it unhelpful.

‘[Addressing the virus is] the only thing I really care about. That other stuff, it’s like in ‘The Godfather’: Nothing personal, strictly business as far as I’m concerned. I just want to do my job and take care of the people of this country,’ Fauci said.

Fauci has complained about getting muzzled by the White House and not being able to get his safety message out.

‘You know, I think you’d have to be honest and say yes. I certainly have not been allowed to go on many, many, many shows that have asked for me.” 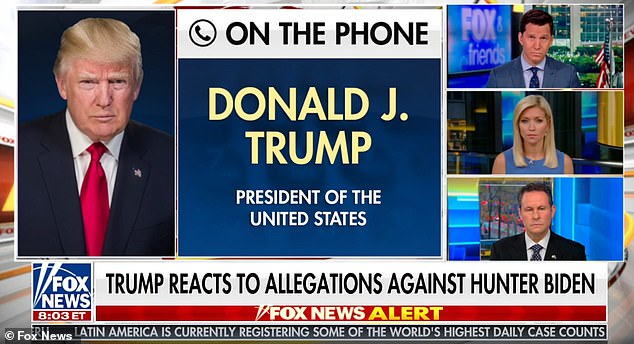 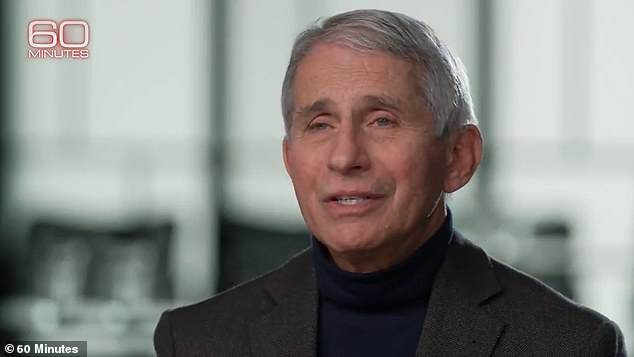 The attacks come fresh off Fauci’s appearance on CBS ’60 Minutes’ on Sunday, where Fauci said he was ‘absolutely not’ surprised the president contracted the disease after a packed Rose Garden event.

‘I was worried that he was going to get sick when I saw him in a completely precarious situation of crowded, no separation between people, and almost nobody wearing a mask,’ Fauci said.

‘When I saw that on TV, I said, ‘Oh my goodness. Nothing good can come outta that, that’s gotta be a problem’. And then sure enough, it turned out to be a superspreader event,’ he said, of the White House event where Trump celebrated his nomination of Judge Amy Coney Barrett.

It turned out there were also indoor events at the White House where guests mingled without masks.

Fauci also pushed back at Trump’s criticism of him for not advocating masks early in the pandemic.

‘So let’s see if we could put this to rest once and for all,’ Fauci told the show that aired Sunday. ‘It became clear that cloth coverings, things like this here, and not necessarily a surgical mask or an N95, cloth coverings, work.’

‘So now there’s no longer a shortage of masks. Number two, meta-analysis studies show that, contrary to what we thought, masks really do work in preventing infection.’

Fauci in the episode was pictured with his security detail, which he was forced to get in April after getting threats.

Trump has increasingly turned for advice to Dr. Scott Atlas, who is not an infectious disease expert and who has made controversial comments in interviews about ‘herd’ immunity.

The mother of a Florida teenager who was shot and killed by a sheriff’s deputy this month was wounded at his burial service...
Read more
Load more