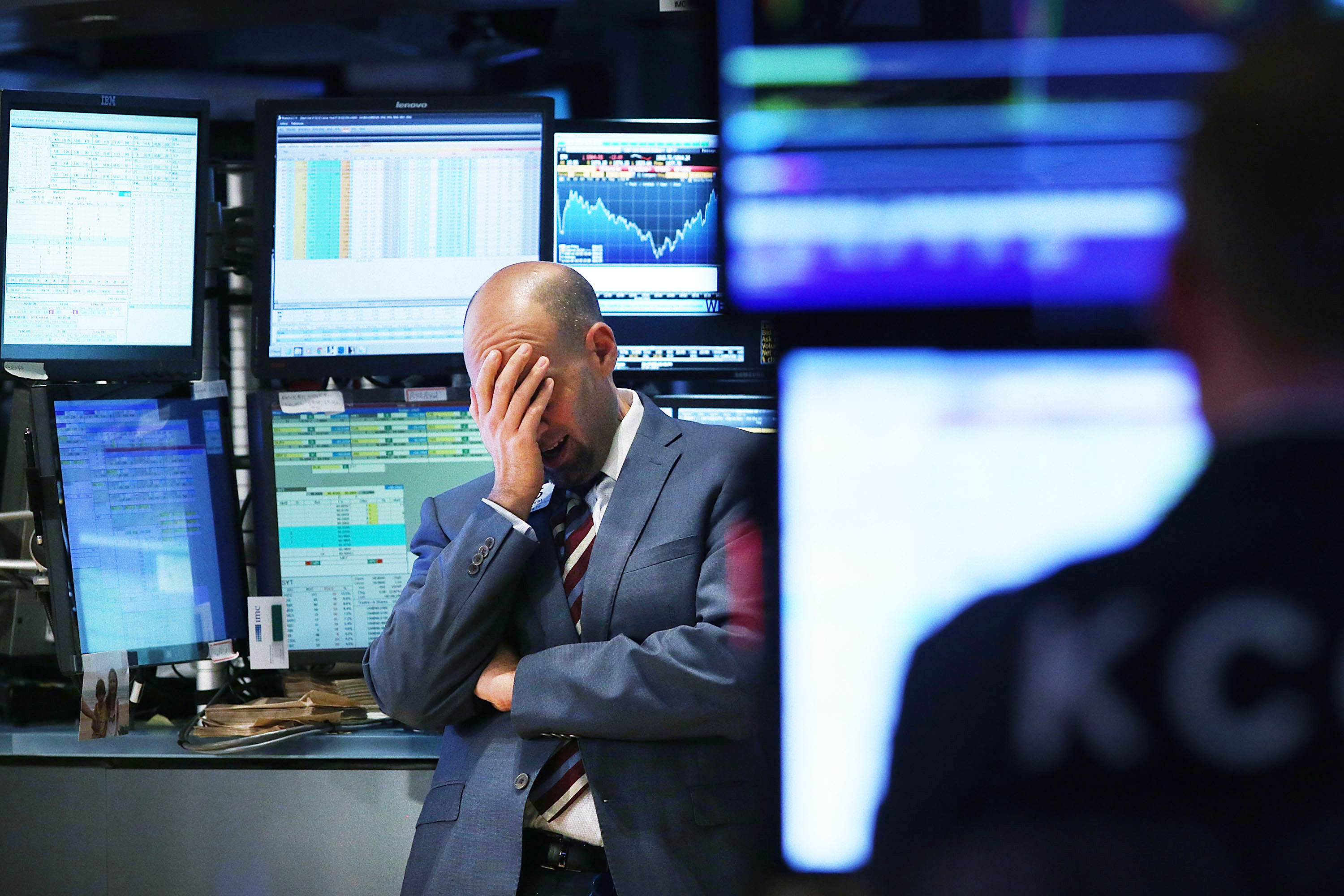 Technology stocks took a tumble on Wall Street Thursday, giving back some of their spectacular gains over the past several months and dragging the rest of the market down with them.

The S&P 500 was down 3.4 percent as of 11:20 a.m. Eastern time, and the tech-heavy Nasdaq fell 4.8 percent. Both indexes had set their latest record highs a day earlier, and the Nasdaq is still up nearly 28 percent for the year. The S&P 500 had been up nine of the last 10 trading days and posted its fifth straight monthly gain in August.

Big Tech companies have posted outsize gains in recent months as investors bet that they would continue posting huge profits even with many coronavirus restrictions still in place as people spend even more time online with their devices. Market watchers have questioned recently whether those gains were overdone.

Big tech stocks, which account for a significant chunk of the US stock market’s value these days, fell broadly. Apple dropped 6 percent, Amazon lost 4.3 percent and Facebook gave back 5.1 percent.

Investors were also taking into account the latest economic figures.

The government reported that the number of Americans who applied for unemployment benefits fell last week to 881,000, a still very high number but slightly better than what economists had expected. A gauge of the services sector also came in slightly worse than economists were looking for.

The stock market has rallied this spring and summer after plunging in March as investors realized the economic toll the coronavirus pandemic was going to cause. Most of the rally has been on strong performances from tech stocks, but also a hope that the worst of the pandemic is in the past, despite rising infections in schools and the possibility of a second surge of infections in the fall. Huge amounts of support from the Federal Reserve and Congress have also helped bolster the economy.

Novavax, which is developing a coronavirus vaccine, was up nearly 2 percent as investors placed bets that a vaccine could come as early as November.

Investors will be paying close attention Friday when the Labor Department releases its August job report. Economists surveyed by FactSet forecast that the US economy created 1.4 million jobs in August, but that would be down from 1.74 million jobs in July. Tens of millions of Americans remain unemployed however, as seen by this week’s unemployment benefits numbers.

A report by payroll processor ADP, widely watched as a forerunner of government employment data due out Friday, showed the private sector added 428,000 jobs in August, less than half the 1 million expected by forecasters.

If tomorrow’s jobs numbers do not deliver, it’s unlikely the stock market will rally much higher from here, analysts said.

Analysts said that could be a warning sign the job market is cooling after some US states reimposed anti-virus controls and the expiration of supplemental unemployment benefits cut into consumer spending.

“Bullish stock market sentiment seems to be nearing a tentative peak as the labor market recovery stalls,” analyst Edward Moya of Oanda wrote in a report.

Prince Charles could see BREAKDOWN of Royal Family as King as...