Dyson has recruited an army of city dwellers to wear its ‘air quality backpacks’ to reveal how pollution levels change during and after lockdown.

Participants will wear the devices as they undertake permitted travel, daily exercise and, if they are a key worker, commutes while coronavirus restrictions are in place.

When measures are lifted they will retrace their steps with the backpacks, to highlight how pollution levels have changed.

The devices, developed for a study by Kings College London and the Greater London Authority, use three sensors to measure particulate matter, nitrogen dioxide and sulphur dioxide concentrations in the atmosphere.

London, New York and Delhi are three of the 14 cities involved in the experiment. 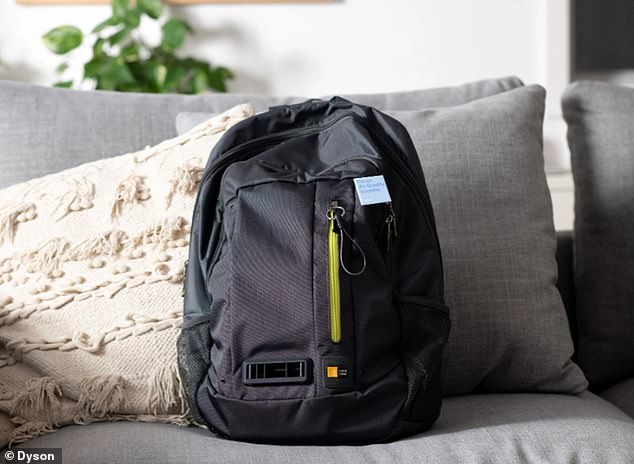 Participants based in London, New York, Delhi and other cities will wear the backpacks as they undertake permitted travel during lockdown. They will then retrace their steps to reveal how pollution levels have changed

All data collected by the backpacks will be compared with figures from local air quality and indoor air quality sensors, to show how pollution levels have changed.

This will give an indication of the effect lockdown and its removal has had on pollution, Dyson experts claim.

‘While it has been widely reported that air quality in some cities has improved during the lockdown period, the initial data insights from Dyson’s connected purifiers indicate a small but consistent increase in indoor nitrogen dioxide and volatile organic compound levels in cities during lockdown,’ said Alex Knox, the company’s vice president of Environmental Care.

‘It will be interesting to monitor these changes as cities emerge from lockdown status, to further understand the factors that impact both indoor and outdoor air quality. 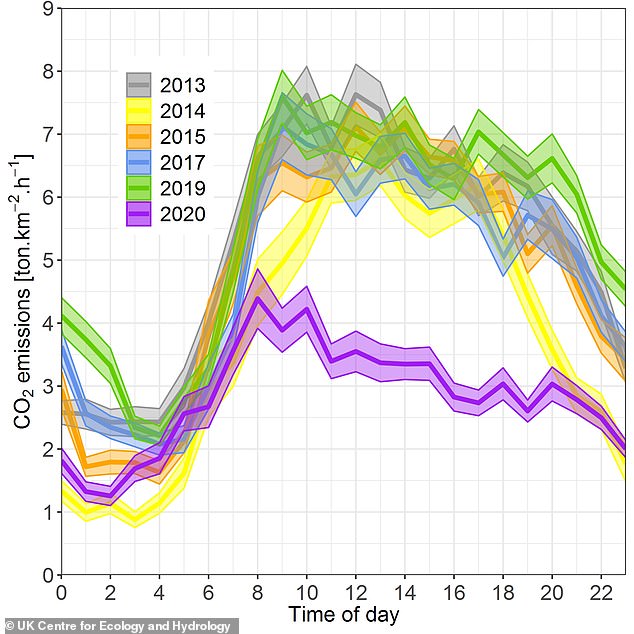 Air pollution in London plummeted by 60 per cent during lockdown, figures reveal. This graph shows the average amount of air pollution during the day, measured in tons of CO2 per square kilometre hour

Measurements of methane and carbon dioxide levels were taken from the top of the BT tower between 8am and 8pm to reveal the historic change.

The figures mirror disruptions in traffic in central London, which fell by 60 per cent in the first five weeks of the lockdown, according to Transport for London.

Authorities and scientists are keen to keep track of pollution, as the World Health Organisation says it causes a third of all deaths from stroke, lung cancer and heart disease. 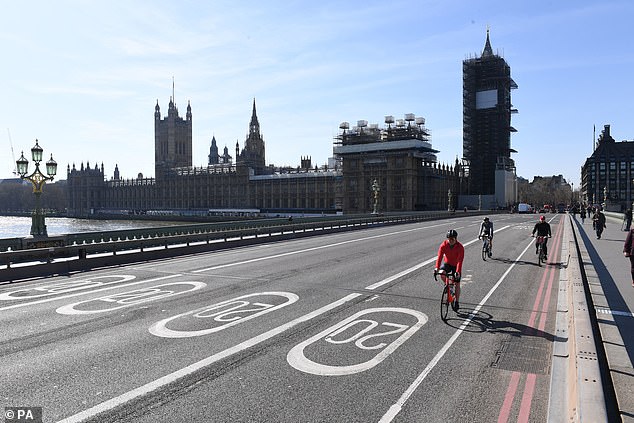 The study measured their exposure to air pollution, and told the children their results. As a result of this, 31 per cent of participants changed their route to school.