An 80-year-old Colorado couple died while hugging each other after they refused to evacuate from their home when the second-largest wildfire in the state broke out.

Family members confirmed that Lyle Hileman, 86, and Marylin Hileman, 84, of Grand County, Colorado, died inside their home when the East Troublesome Fire raged through the area this week.

The elderly couple refused to evacuate as the wildfire encroached Wednesday night, telling relatives that they were taking shelter inside the basement of their home instead. 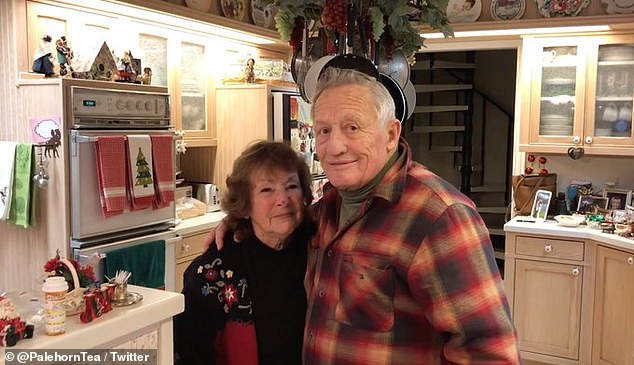 Marylin Hileman, 84, and husband Lyle Hileman, 86, were found dead ‘in each other’s arms’ in the basement of their Colorado home after refusing to evacuate it when a wildfire approached

Hundreds of others in the area had been forced to flee their home with just minutes of notice.

The Hilemans’ relatives said that several friends had offered to help the couple evacuate that night, with one friend and safety officials even driving through roadblocks to rescue them.

‘All offers to leave were refused. At 86 and 84 years of age, their only desire was to be together in the home they loved,’ the family said in the statement obtained by the Denver Channel.

The family said the couple called their son, Glenn Hileman, on Wednesday night noting that ‘It happened.’

‘When pressed, they then shared the fire had begun in the fields, barns and adjacent homes,’ according to the statement.

‘They were calm, resolute and adamant – they would not leave. They asked Glenn to call his siblings and let them know that they were in their basement in an area they felt safe.’

Before hanging up the phone, Marylin told her son that they could smell smoke.

When Glenn called his parents back later that night, nobody answered the phone. 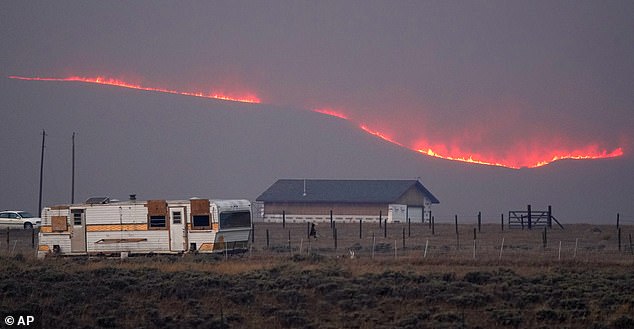 The elderly couple decided to wait out the East Troublesome Fire in the basement bunker of their home Wednesday night. The wildfire is pictured turning Thursday near Granby, Colorado 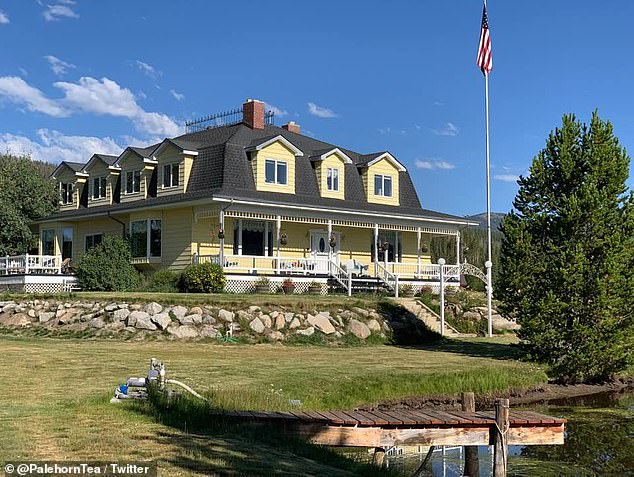 The Hilmans’ home, which they built 50 years ago. The home was completely destroyed by the blaze. Their family intends to rebuild it based on the original blueprints 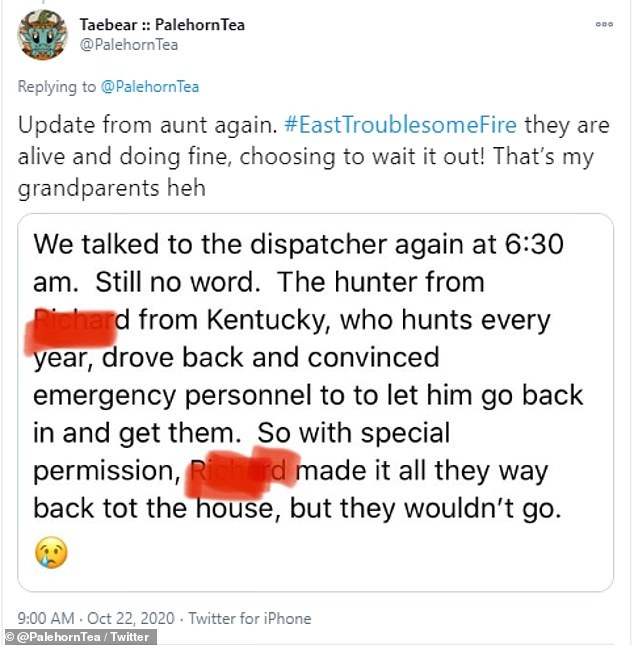 One of the Hilmans’ grandchildren tweeted updates about their situation as the family waited for updates, after losing contact with them Wednesday night

One of the Hilemans’ grandchildren tweeted updates about the situation, noting the couple had been ‘preparing for this since they built the house 50 years ago. Grandpa was a firefighter, so he knew what he was doing. I’m hopeful they’re still okay, just unable to contact.’

It wasn’t until late Thursday that the family received confirmation that the Hilemans’ home had been destroyed.

Authorities then sent a search and rescue team to the home to see if the couple had survived inside their basement bunker, but found them dead.

‘They lived long, wonderful lives, full of joy. And they went together, peacefully, content with their choice to stay in their home. They never wanted to live a day apart. Going together is what they wanted,’ the grandchild wrote Thursday night.

On Friday, the grandchild tweeted that: ‘Their bodies were recovered this afternoon. They were found in each other’s arms.’

‘They were together and calm. There is no other way they would’ve preferred to leave this life and certainly nowhere else they would have selected as a final resting place,’ the family said in their statement.

The elderly couple’s friend, Matt Reed, told the Denver Channel that ‘They were the nicest people you could ever hoped to have met. I think they knew it too — they lived a phenomenal life.’

He added that ‘They were really lucky people and had an awesome family and awesome community around them.’

Lyle had been a Denver firefighter before retiring, while Marilyn had been a mental health worker.

They got married in 1952 and bought the land their big, yellow house stood on in 1972, the family said, noting that before the couple died, they had already passed the house down to their son Glenn, so that he continue remodeling and expanding it.

The family now intends to rebuild the home using its original blueprints.

‘They leave a legacy or hard work and determination to overcome, something all of Grand County will need. Our family looks forward to continuing their legacy on the property and working shoulder to shoulder with our neighbors in rebuilding and restoring a sacred part of God’s world,’ the family said in its statement.

The two Hilemans were reported to be the only people who died in connection with the wildfire in Grand County, although three others – unrelated to them – are currently unaccounted for, CBS 4 reported.

The East Troublesome Fire has burned 188,000 acres of land since October 14 and is the second-largest wildfire in the state’s history, after the still-burning Cameron Peak Fire, according to Fox 31.