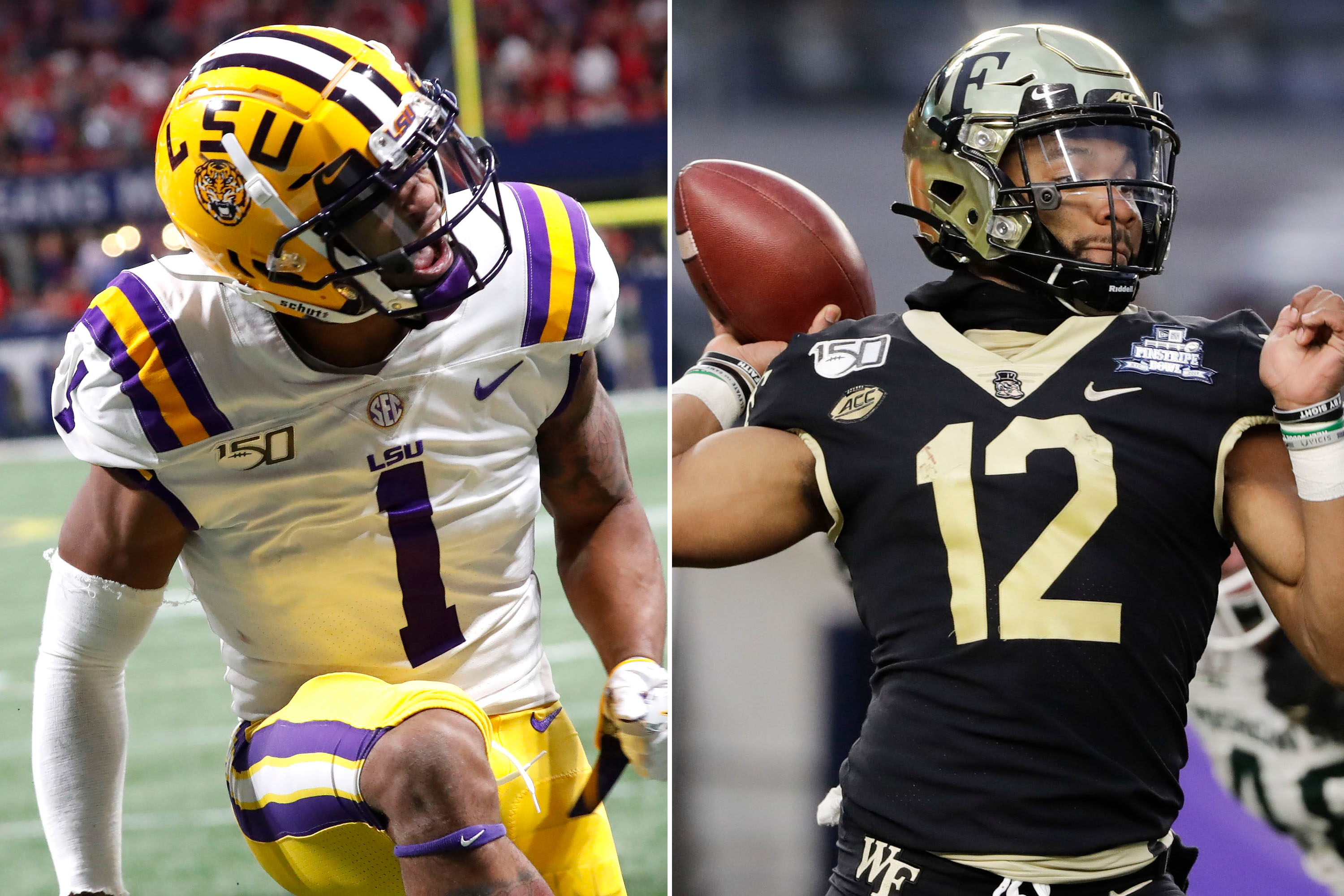 College football will be without more than the Big Ten and the Pac-12.

In addition to the absence of some of the country’s best teams this fall, the sport will also be short some of its top talent, with roughly 100 players opting out of the season due to COVID-19 concerns and/or preparation for the NFL draft.

Here are the most notable players sitting out this season:

The defending national champions will have a tough time repeating without the reigning Biletnikoff Award winner — given to the nation’s top wide receiver. Even if Heisman winner Joe Burrow were back, Chase would have struggled to surpass his sensational sophomore season, when he made 84 receptions for 1,780 yards and 20 touchdowns, likely securing himself a top-five selection in the 2021 NFL Draft.

One of the nation’s best cornerbacks was the first player to opt out of this season, citing health concerns. Another potential top-10 pick, Farley recorded six interceptions over the past two seasons. Last year, opposing quarterbacks held a 26.8 passer rating when throwing to Farley’s side of the field, according to Pro Football Focus.

The 6-foot-2, 290-pound lineman turned the Panthers into the top pass-rushing team in the nation last year, accounting for 10.5 sacks, before being named to this season’s AP Preseason All-American team.

The Wake Forest graduate transfer leaves Athens without ever taking a snap for the Bulldogs. A Heisman candidate, Newman threw for 26 touchdowns, 11 interceptions and 2,868 yards last season, while finishing with the second-highest grade in the nation on throws of 20 yards or more, according to Pro Football Focus.

The second-team All-Big 12 honoree led the conference with 6.5 yards per carry last year, and has been the Sooners’ top running back in consecutive playoff seasons, rushing for 2,067 yards and 18 touchdowns.

The Tigers running back could be the first off the board at his position in the upcoming draft. Last season, Gainwell finished ninth in the nation in all-purpose yards per game, finishing with a total of 2,069 yards from scrimmage and 16 touchdowns.

Even in an injury-shortened season, the 6-foot-3 standout was named a first-team All-ACC selection after posting 1,001 receiving yards and 11 touchdowns, the most at Wake Forest in three decades.

A late start — at best — to the Big Ten season will cost the league several stars with NFL aspirations. Parsons, a projected first-round pick, was among the best linebackers in the nation last season, registering 109 tackles, five sacks, four forced fumbles and five passes defended.

A key to the Gophers’ surprising breakthrough last season, Bateman finished with 11 touchdowns and averaged 20.3 yards per catch. The Big Ten’s top receiver is a projected first-round pick.

The electric, 5-foot-9 athlete was limited to four games last year due to injury. In his first season, he had 114 receptions for 1,258 yards and 12 touchdowns. The preseason All-American has also averaged 19.4 yards per punt return.