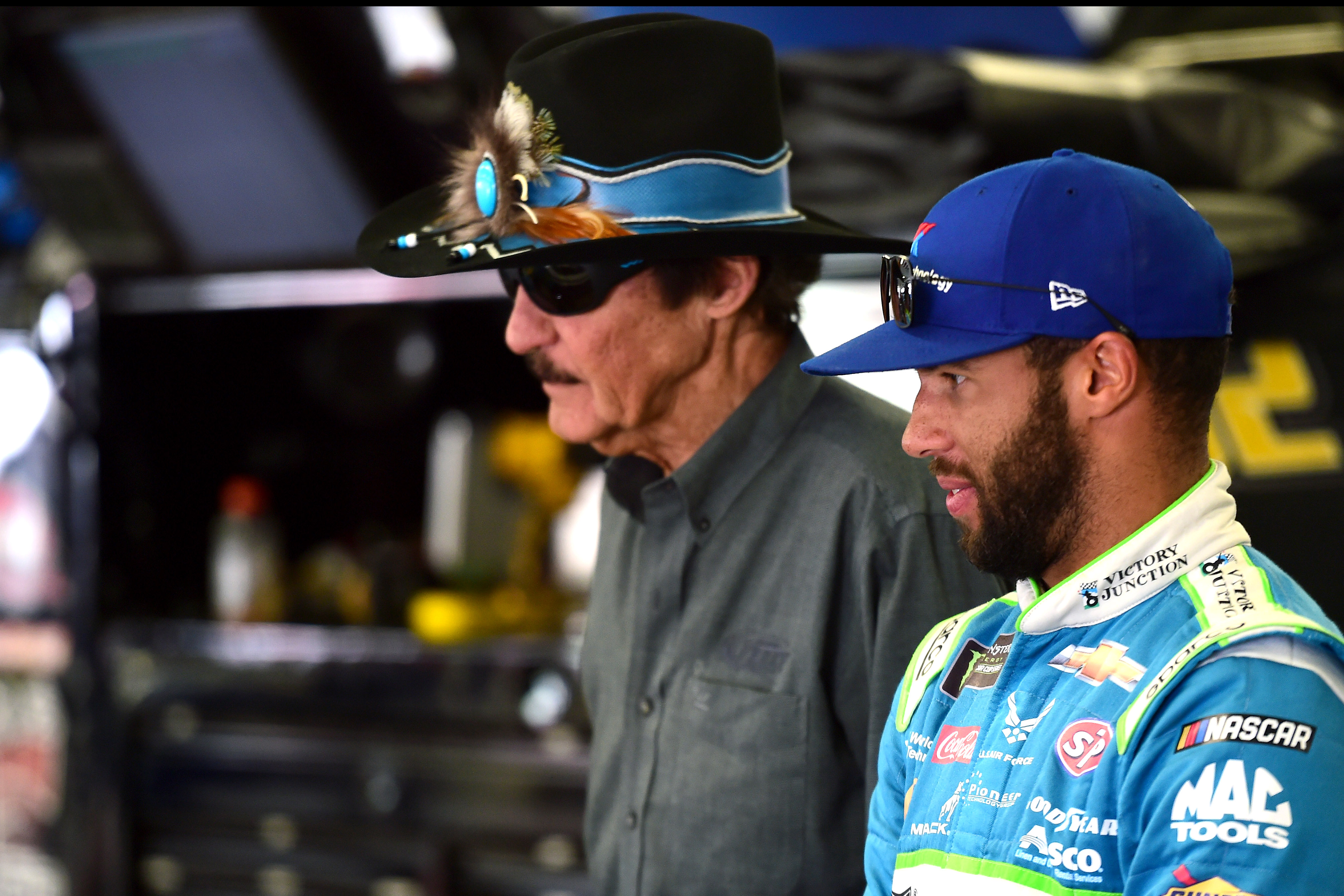 Several NASCAR drivers have released messages of solidarity with Bubba Wallace, the circuit’s only full-time black driver who had a noose planted inside his Talladega Superspeedway garage stall Sunday after he led the sport’s movement to ban Confederate flags from racing events.

“I’m enraged by the act of someone placing a noose in the garage stall of my race team,” Petty, 82, said. “There is absolutely no place in our sport or our society for racism. This filthy act serves as a reminder of how far we still have to go to eradicate racial prejudice and it galvanizes my resolve to use the resources of the Richard Petty Motorsports to create change.

“The sick person who perpetrated this act must be found, exposed, and swiftly and immediately expelled from NASCAR. I believe in my heart this despicable act is not representative of the competitors I see each day in the NASCAR garage area. I stand shoulder to shoulder with Bubba, yesterday, today, tomorrow and every day forward.”

Petty, who raced from 1958-’92, was on his way to Talladega for Monday’s race to stand in solidarity with Wallace, ESPN.com reported. It was to be the first race Petty attended since the coronavirus outbreak.

NASCAR announced that they launched an official investigation into the incident at the Alabama racetrack, where Sunday’s scheduled Geico 500 was postponed to Monday due to inclement weather. They also permitted the No. 43 team to inspect Wallace’s car Monday morning to ensure it wasn’t tampered with overnight while it was impounded.

“We are angry and outraged and cannot state strongly enough how seriously we take this heinous act,” NASCAR said in a statement.

Per source, NASCAR drivers are planning to support @BubbaWallace today by pushing the 43 to the front of the grid in unison. Everyone will then stand around the car for the national anthem.

Dale Earnhardt Jr. expressed his confidence in NASCAR’s ability to handle the situation. He also said he hopes to see Wallace win Monday’s race in wake of the disturbing incident.

“I don’t worry about our sport,” Earnhardt Jr wrote on Twitter. “I have confidence NASCAR’s leadership will find who did this and continue pushing us in the right direction. I do worry about Bubba. I hope Bubba is feeling loved and supported. Keep sending him love and support. He needs it now more than ever.”

Brad Keselowski also called on NASCAR to handle the situation the right way.

“Woke up to some bad news that’s not worth repeating. Not because it’s not serious, but because That’s exactly what the culprits want, attention and the fear that comes from it,” Keselowski wrote on Twitter. “I trust Nascar to handle it appropriately and fully support them in getting this right.”

Clint Bowyer posted a photo of himself and Wallace riding motorcycles together on Twitter to declare that he too stands with Wallace.

“I’ll race with him on Sunday and ride with him on a Monday,” he wrote. “I do this because he’s family, our @NASCAR family!!! It’s hard for me to comprehend all this, but one thing is for sure…When you f–k with family you’re f–king with us all. @BubbaWallace #ivealwaysstoodwithbubba.”

“I can’t begin to fathom the pain this action has caused, I stand with you @BubbaWallace,” Johnson tweeted.

Ryan Blaney referred to Wallace as his “brother” and wrote a supportive note on Twitter as well.

“You’re my brother and always will be,” he said. “Don’t let the people who are lower than life to try and bring you down. They won’t scare you because you’re strong. I stand with you pal. Forever.”