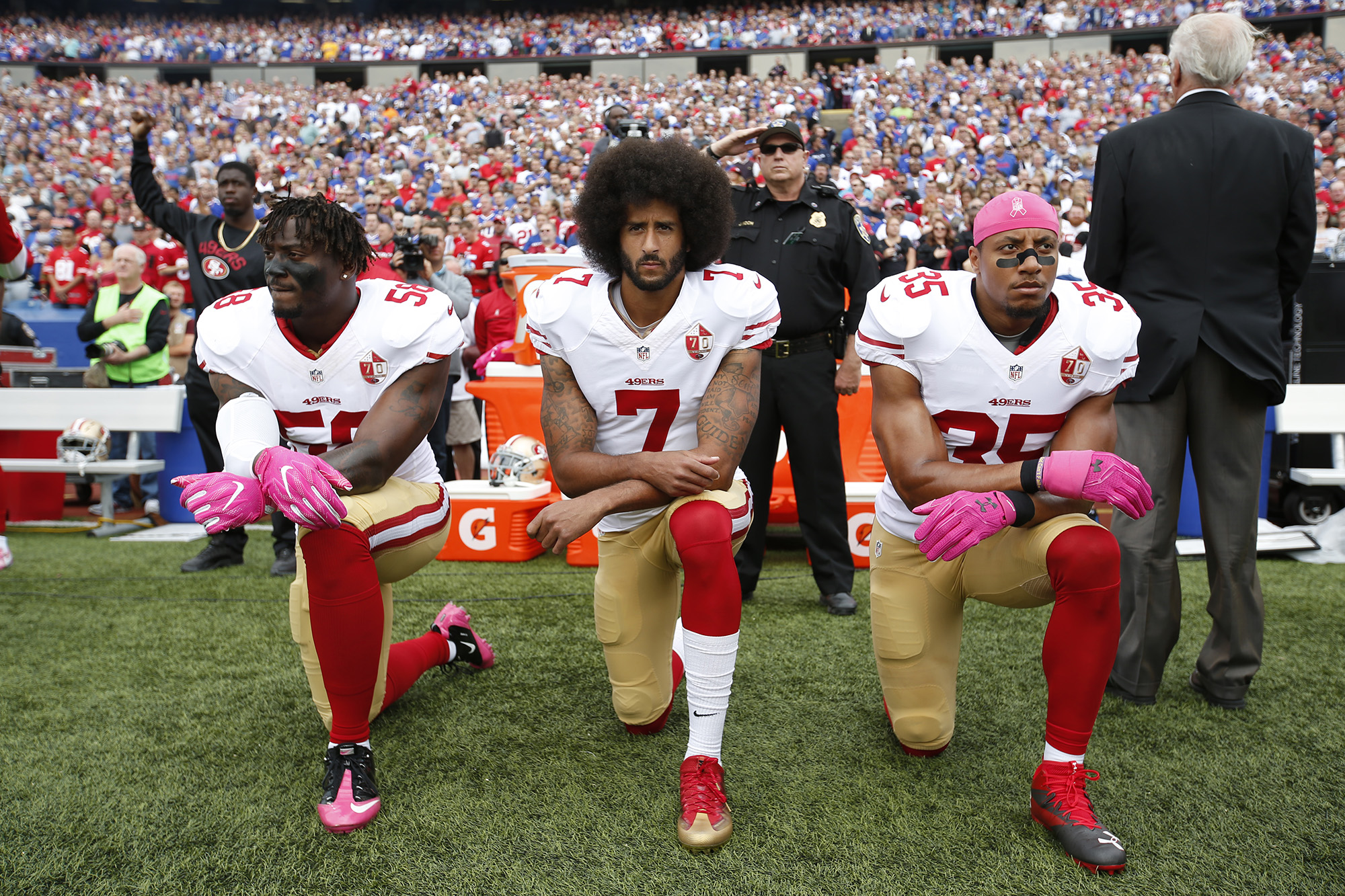 Reid, in a pair of tweets, took aim at commissioner Roger Goodell, claiming he hasn’t even spoken to Kaepernick and is merely using him as a public relations prop amid social unrest in the country.

“What the @NFL is doing is half-hearted at best. @nflcommish has gotten comfortable saying he ‘was wrong’ as if his mere acknowledgement reconciles his admitted wrongdoing,” Reid tweeted. “He hasn’t even called Colin to apologize, let alone reconcile, proving this is only PR for the current business climate. As such, Roger Goodell uses video of Colin courageously kneeling to legitimize their disingenuous PR while simultaneously perpetuating systemic oppression, that the video he’s using fights against, by continuing to rob Colin of his career. It’s diabolical.”

On Sunday, Kaepernick called out the NFL as well, blasting the league for he believes working against Reid, who kneeled alongside him in silent protest against police brutality in 2016 and had continued to do so.

“While the NFL runs propaganda about how they care about Black Life, they are still actively blackballing Eric Reid for fighting for the Black community,” tweeted Kaepernick, who has been out of the NFL since 2016. “Eric set 2 franchise records last year, and is one of the best defensive players in the league.”

The NFL used video of Reid and Kaepernick on Sunday during every game with the song “Lift Ev’ry Voice and Sing,” by Alicia Keys. Kaepernick started the movement of kneeling. They filed a grievance against the league, saying owners colluded against them because of their protest. A settlement was reached in February of 2019.

The 28-year-old Reid was released by the Panthers last March after setting career bests in tackles (130) and sacks (four) in 2019.