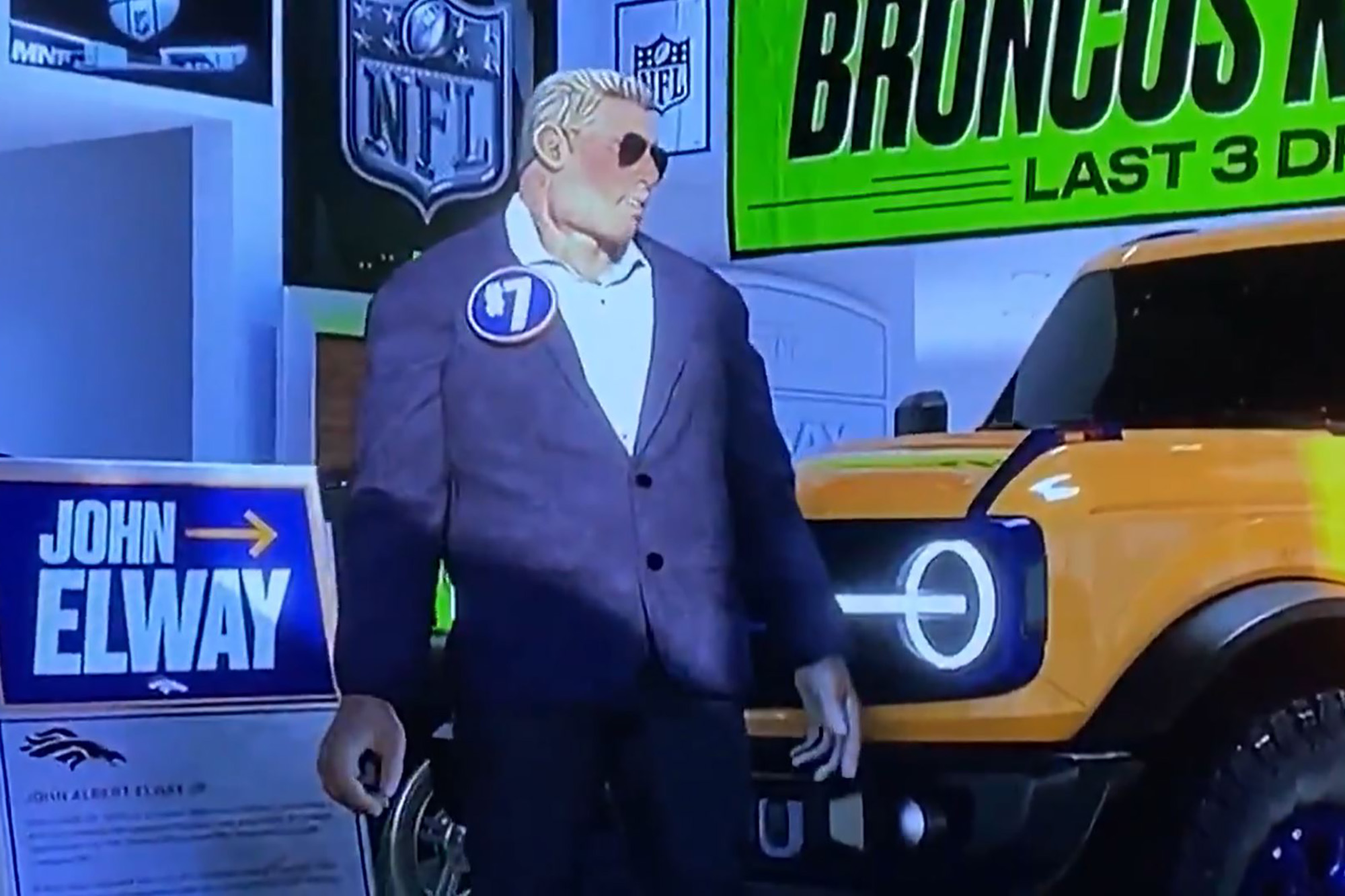 During the Titans-Broncos game, the second of ESPN’s Week 1 Monday doubleheader, the network aired a graphic showing key Denver selections from its past three NFL Drafts. It features a man in front of an orange car who is supposedly general manager John Elway in a suit and sunglasses with a No. 7 pin on his jacket, the number Elway wore during his 16-year playing career with the Broncos.

The man is standing next to a sign that says “John Elway” with an arrow pointing at him, perhaps a tacit admission that ESPN was aware the man looks nothing like the 60-year-old two-time Super Bowl champion.

We’re sorry… due to circumstances beyond our control, we could not retain the rights to John Elway’s likeness. Tonight, John Elway will be played by Ron Perlman. Enjoy the rest of our graphic… https://t.co/vBfXxZueJJ

The Broncos lost at home to the Titans, 16-14, after Stephen Gostkowski kicked a field goal with 17 seconds left. He missed three field goals and an extra point earlier in the game.