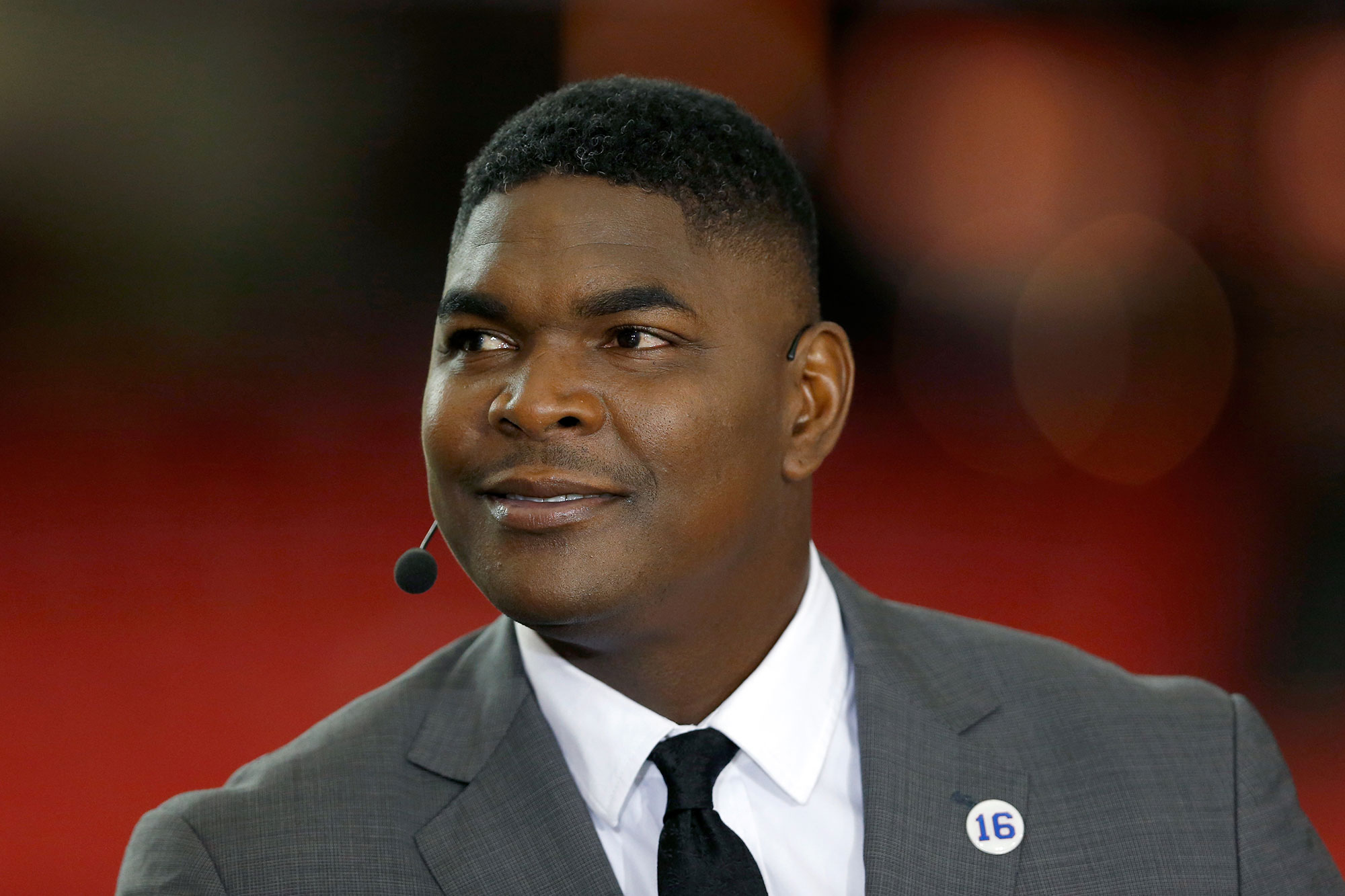 Keyshawn Johnson says he considers mornings on ESPN Radio “the biggest property in the country.” He may be right.

And now, look who is moving into the predominantly white sports-radio neighborhood beginning Monday. Its Keyshawn, Jay Williams & Zubin Mehenti.

“I think it is different than what has typically been on the air,” Keyshawn told The Post. “It is a different audience that we are going to be reaching. Our goal is to maintain some of the past audience but those people may not necessarily enjoy our voices and they’ll go someplace else, but they’ll be back.”

How will it be different?

There has not. Before they have uttered a word together on radio and ESPN2, they already have some detractors. This happens with change.

Keyshawn brought up the critics on his own, even if he won’t name sports radio stalwart Chris Russo and Fox Sports morning host Clay Travis.

ESPN built the show around Keyshawn, who has been waking up early for four years as part of ESPN Radio’s Los Angeles program.

Russo said he couldn’t see the new trio working in part because of the morning show grind, while Travis tweeted he was going to bid on a beach house because the new ESPN trio will make it so he has a “morning radio massacre.”

“I look at those types of individuals as clowns, to be honest with you,” Keyshawn said.

Williams — the former No. 2 pick out of Duke, whose NBA career was shortened because of a gruesome motorcycle accident — was only asked to do the program a month ago. ESPN had considered pairing Keyshawn with Max Kellerman, Jalen Rose or David Jacoby.

Williams, from Plainfield, N.J., has no full-time radio hosting experience, but grew up listening to “Mike & the Mad Dog.” He was honored by Russo’s diss and has sought Golic & Greenberg’s advice.

Williams, 38, was shaken by the “hate mail” he said he received after he replaced Golic. He actually called Golic to pay “homage” to him.

Golic, Williams said, was “angry” how everything went down with his departure, but not at him. Williams has an open invite to Golic to come check out the renovations of his longtime home.

“I want him to come back on the show,” Williams said. “He knows there is an open door for him.”

While Johnson and Williams are well-known both for their athletic and media careers, Mehenti is not. He has been at ESPN for nine years, largely hosting the night time “SportsCenters.” While his Indian roots are unique in the profession, his story is basic tri-state kid turned sportscaster.

Growing up in East Windsor, N.J., he took special pride that retired FAN host Tony Paige was from his hometown. His dad, Zarir, was an accountant and shared his love of sports. Zubin listened to the FAN and read the New York tabs.

His dad may be his hero, but he didn’t know that his dad was 73, while Zubin recited Marv Albert’s age of 79 in a heartbeat. Mehenti is not on social media, because he is “old school.”

“I’m just a complementary piece here,” said Mehenti, 42, who has never been a full-time radio host before.

Like “Mike & Mike” had the ex-jock and the metrosexual thing going for its time, Keyshawn, Jay and Zubin have been game-planning some radio ammo.

“I’m going to have to put [Jay] in his Duke place a couple of times,” Johnson said. “I don’t want to hear any s–t about Duke. Cheating [Mike] Krzyzewski. I’m going to tease him. All those blue blood programs act like they don’t do no wrong.”

“I’m going to find you a wife on national radio,” Williams said he told Mehenti.

Keyshawn might be right that ESPN Radio’s morning show with its national reach and its TV simulcast might be the top real estate in its genre. That means the learning curve must be very quick.

“People are going to come on a journey as we figure it out,” Williams said.

MLB ‘pressing ahead’ to host fans for NLCS, World Series

‘You LOST, we have left!’ Widdecombe explodes in fiery Brexit debate...

‘Race and violence in our cities’? A topic for the first...

MLB ‘pressing ahead’ to host fans for NLCS, World Series

More than 200 new emojis approved for next year, including icons...

‘You LOST, we have left!’ Widdecombe explodes in fiery Brexit debate...

‘Race and violence in our cities’? A topic for the first...