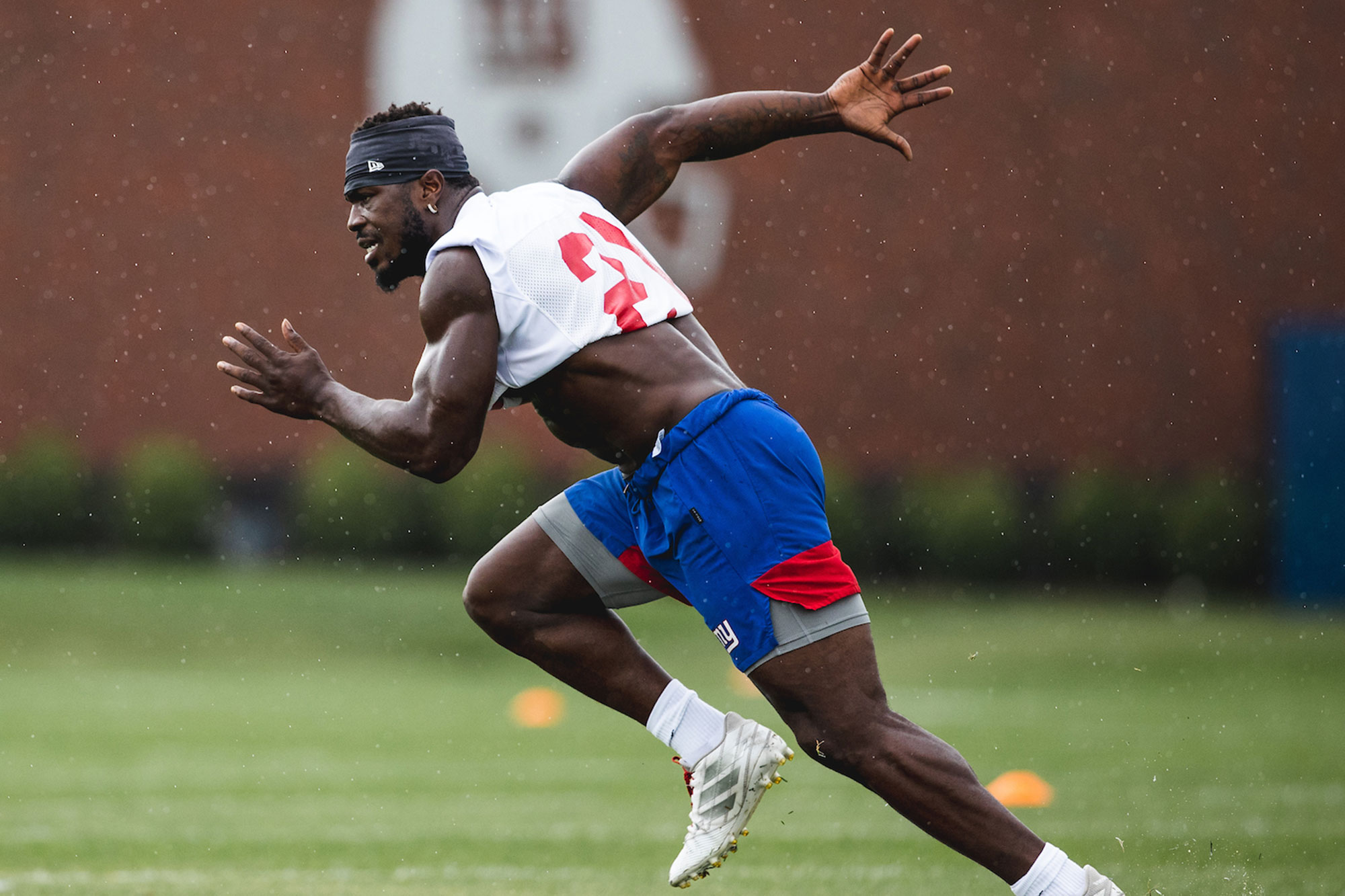 Score one for concentration: Rookie receiver Binjimen Victor made a sliding catch of a slant pass from Colt McCoy that appeared to be deflected by linebacker Josiah Tauaefa. Victor popped up and started running because he wasn’t touched down.

Defensive coordinator Patrick Graham generally is not a screamer, but it was hard to miss his displeasure with several players during 7-on-7 drills. He railed against mistakes and subbed out the offenders to give others opportunity to get the assignments correct.

The head-to-head battles between tight end Evan Engram and safety Jabrill Peppers are a highlight of practice. A streaking Engram beat Peppers for a touchdown down the seam, but Peppers jumped a route for a pass break-up on a day where passes rarely hit the ground. Peppers continues to deal with cramping.

Linebacker Blake Martinez was not at practice because of an unknown injury initially thought to be relatively minor. Martinez’s absence offset the return of Ryan Connelly after five missed practices. Special teams standout Nate Ebner, center Spencer Pulley and tight end Rysen John worked with trainers off to the side of practice. Safety Jaquarius Andrews also was not on the field for unknown reasons.

Devonta Freeman working out with Giants after Saquon Barkley injury

Giants’ options to replace Saquon Barkley are far from ideal

Count backwards from 1,000 in increments of seven to distract yourself...

Count backwards from 1,000 in increments of seven to distract yourself...