Home News Everything we know about Remdesivir, the FDA-approved COVID-19 treatment drug
News

Everything we know about Remdesivir, the FDA-approved COVID-19 treatment drug 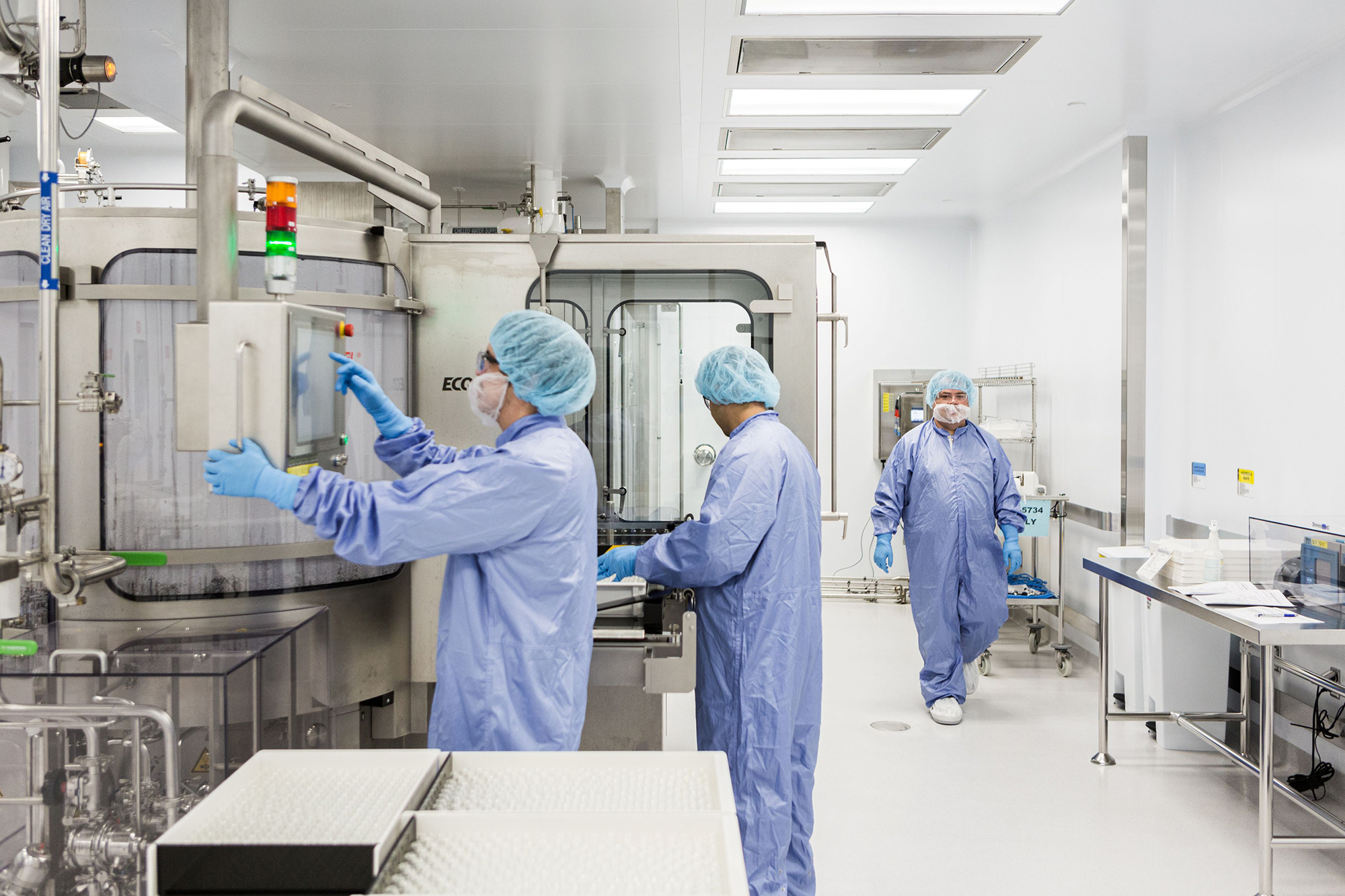 Remdesivir offered a glimmer of hope in the fight against the coronavirus on April 29, 2020, when results of a promising clinical trial were released.

After the trial revealed it could speed up recovery in some patients, Dr. Anthony Fauci called it a “very important first step” in the treatment of the bug, and said the FDA will likely approve the medication for use against the virus “really quickly.”

Creator Gilead Sciences — which also calls the drug “Veklury” — vowed to create “create enough supply for people all over the world.”

Here’s what else you need to know:

What is Remdesivir and what was it developed for?

An experimental antiviral medication developed by the US pharmaceutical firm Gilead Sciences initially to treat Ebola.

Developed in 2015, the medication showed early promise in a primate study and was later released in the Democratic Republic of Congo — but it ultimately flopped as an effective treatment for Ebola.

“It never really showed promise; it more or less failed against Ebola,” Peter Pitts, a former associate commissioner of the Food and Drug Administration, told The Post. “So doctors said, ‘Let’s see if this works against COVID-19.’”

How effective is Remdesivir against the coronavirus?

An early-stage clinical trial by the World Health Organization found that remdesivir had no substantial effect on COVID-19 survival, but other studies had more promising results.

A study by the U.S. National Institutes of Health showed it cut coronavirus recovery time from 15 days to 11. The results of a clinical trial of more than 1,000 people also found that hospitalized COVID-19 patients with respiratory problems got better 31 percent faster than those who took a placebo, according to the National Institute of Allergy and Infectious Diseases.

But Pitts warned that the drug has shown to a benefit for only the sickest of the sick — hospitalized patients who are elderly, have respiratory problems or preexisting health trouble.

“It’s saving lives but it’s not a game-changer,” he said. “Clinical trials have shown it has led to recovery in 4 to 10 percent of this desperately ill population.”

He added, “85 percent of people with the virus will ride it out at home with fluids in bed; it’s not for them. This is not a drug for everyone.”

Is it FDA approved?

Yes, the Food and Drug Administration has approved treatment for patients who have been hospitalized with COVID-19. It received FDA approval for emergency use in May.

Roughly 50 countries worldwide have also approved the drug’s use, the company said.

Did President Trump use it?

Yes, the drug gained widespread attention when President Trump received a five-dose course of it after he contracted the coronavirus in early October.

He was also treated with an experimental anti-body infusion and the anti-inflammatory steroid dexamethasone and recovered in Walter Reed National Military Medical Center after three days.

How does Remdesivir work?

The drug is administered intravenously over the course of five days. To get the job done, the drug mimics adenosine, one of the four building blocks of ribonucleic acid — also known as RNA.

When the virus incorporates Remdesivir into its genome instead of adenosine, it is unable to replicate, according to AFP.

“It inserts itself into the viral ribonucleic acid, and causes the virus to terminate prematurely,” Pitt explained.

What are the side effects of Remdesivir?

According to the results of the latest study released by Gilead Sciences, the most common adverse reactions were nausea and acute respiratory failure. Around 7 percent of patients had elevated liver enzymes.

How much will Remdesivir cost?

That remains unclear, though Gilead Sciences CEO Daniel O’Day told Stat News in April that it is donating 1.5 million doses of the drug — around 140,000 treatment courses — to hospitals and vowed to “work very closely with the government and with health care systems to make sure that it’s accessible, that it’s affordable to governments” in the future.

“This is a global pandemic. There should be no question about our ability to get medicine in the hands of patients, and that’s how we’re going to approach the period of time after the donation,” he told the outlet.

Yes. There are at least 700 patients enrolled in multiple trials across the Northwell healthcare system, according to Dr. Marcia Epstein, a lead investigator working on the trials at the Feinstein Institutes for Medical Research at Northwell Health.

She declined to comment on the outcome of the trials, which began in March.

How excited should we be about Remdesivir?

It’s a treatment not a miracle cure, and doctors say they need to know more. Some experts consider it a “proof of concept” that could pave the way for better treatments.

“Clinical trials have shown a very positive impact on those hospitalized,” Pitts said. “But right now, it is still an experimental medicine.”

It will take “some time” to learn what led to the three-car crash that killed a 20-year-old aide to Sen. Kelly Loeffler Georgia...
Read more
News

For some Iranians, President Donald Trump’s hard-line strategy against their country brought political hope even as it brought economic misery. But they expect just...
Read more
News

The readers of the New York Post aren’t the only people fed up with hypocritical politicians. Chef Andrew Gruel said he will keep his...
Read more

It comes as social media erupted with comments over Tess’s “half missing dress” on the dance contest tonight.One wrote: “I love Claudia &...
Read more
Load more

WEST HAM FAN VIEW: Supporters' return did not feel like the...