Home News Ex-US food inspectors warn UK to ‘not take our meat at any...
News 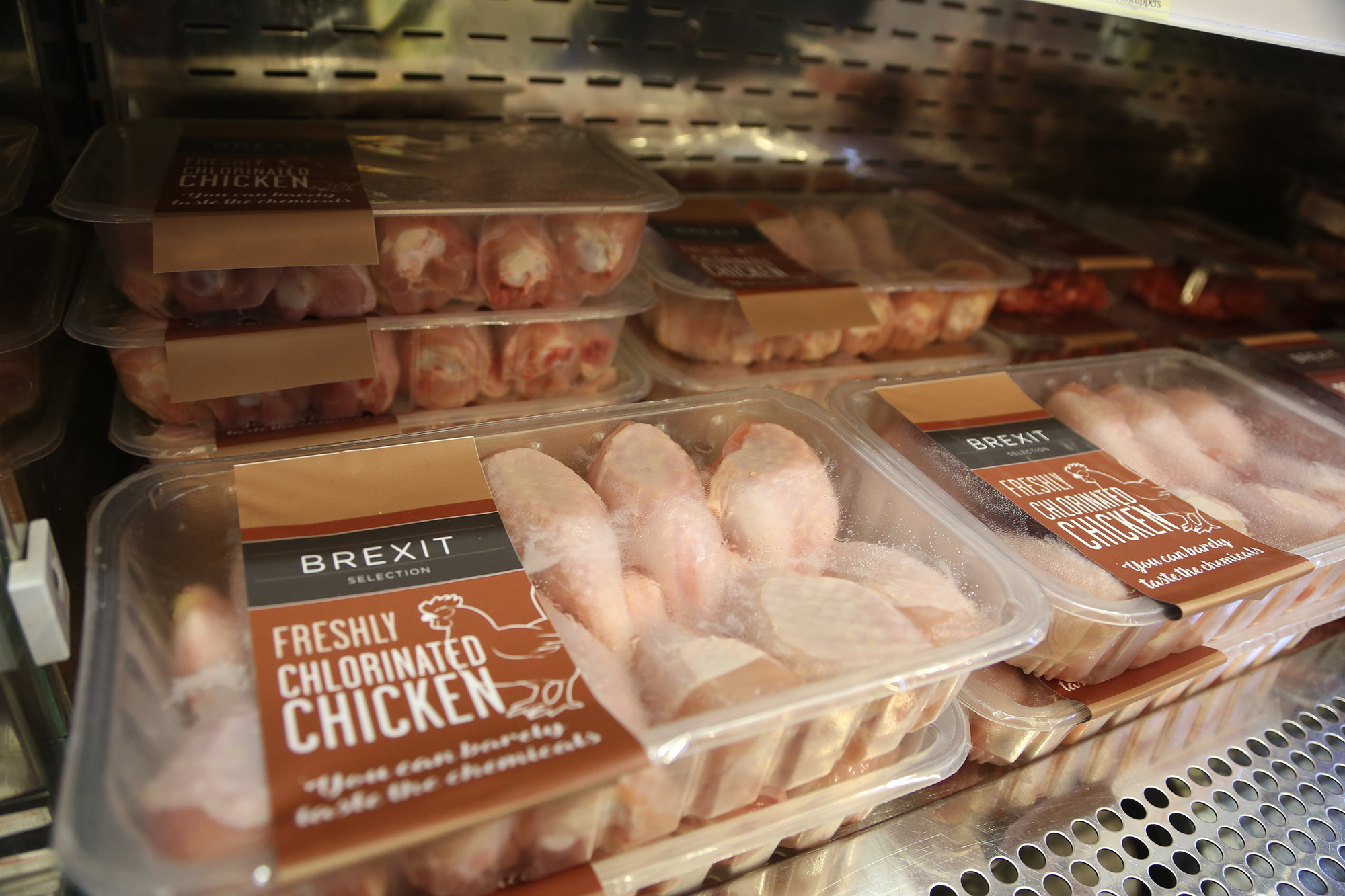 Two former US food inspectors are warning the UK to “not take our meat at any cost” – describing the effects that chemicals used to wash chickens had on their own health, according to a report.

Sherry Medina, 57, and her daughter Karla Hadley, 37, said they suffered “debilitating” conditions from chlorinated water used to wash poultry, but that peracetic acid was much more dangerous, the Mirror reported.

Medina told the paper that she became so sick from the cleanser and disinfectant that she almost died twice – while Hadley has developed chronic respiratory problems.

The daughter also blames the drugs that were used to treat her for the death of her unborn baby eight years ago.

“The chemicals they use are debilitating. They leave people like me with crippling conditions. God only knows what they do to the people who eat them,” said Medina, who receives a cocktail of oxygen and drugs.

Members of the UK’s upper house of the Parliament were expected to discuss an agriculture bill on Wednesday.

Last week, the Commons struck down a House of Lords amendment to the bill to force a post-Brexit US trade deal to meet food safety rules, the Mirror reported.

The two women said they had witnessed thousands of chickens that were “not fit for human consumption.”

But despite their protests, plant bosses pressured workers to turn an eye – and often refused to stop the processing lines when asked to do so, according to the news outlet.

Medina, who was forced into early retirement because of her health woes, said she physically inspected every third bird.

“I would see 91 birds a minute, inspecting 33 of them. The process now sees 140 birds per minute,” she said. “When you grab a bird, and you go into the cavity, you flip up the fat. When I saw fecal matter, a burst gall bladder or other bacteria, I would order it be removed to be rewashed.

“They physically should take the bird off the line and cut out the dirt, so it was clean, but because of the speed, they couldn’t keep up,” Medina continued.

“So many were allowed through. It was and continues to be entirely wrong, and I refused to stay quiet,” she said.

“On any given a day, I could order a thousand birds to be cleaned again as I was so concerned. At one point management came to me and told me I couldn’t do what I was doing.

“I told them they had fecal matter inside. They said, ‘Sherry, you’re picking too many off. You have to stop refusing so many,’” Medina said. “The manager then said, ‘They get sprayed again later down the line down. You must let it go’.

“It is peracetic acid he meant, which they use to kill the bacteria, but they still leave the fecal matter on the bird,” she added. “It is like taking a pile of cow manure, spraying it with peracetic acid before frying and saying that it is now safe to eat. It is not.”

Medina, who underwent eight operations after working at an Alabama plant for just a year, said she has lost 25 percent of her lung capacity, had to undergo a hysterectomy and rectal repair, and developed organ damage.

“My breakfast is a cocktail of drugs that I will be on for the rest of my life. When the asthma attacks began they became so bad, I tore everything loose inside,” she told the Mirror.

The owners of the plant where the women worked declined to comment.

America’s National Chicken Council told the Mirror: “The US chicken industry prides itself on providing some of the safest, most abundant, most wholesome poultry products in the world.

“Chlorine is barely used as a food safety wash in processing plants in the US; it is rather used to clean and sanitize equipment,” it added.

“Peracetic acid is a food grade antiseptic that kills bacteria and microorganisms … peracetic acid is applied to carcasses at concentrations less acidic than products commonly found in kitchen cabinets.”

A recent Ph.D. graduate won an award Tuesday for creating a reusable facemask that appears to kill infectious pathogens like the coronavirus —...
Read more
News

President Trump is likely to win the Republican presidential nomination for the third time in a row in 2024 if he tries to...
Read more
News

Extreme generosity never goes out of style – especially during a pandemic. A good Samaritan left a lofty $3,000 tip on a single $7...
Read more

With most of us spending far more time than usual at home this year, you may well be ready to re-decorate and restyle...
Read more

A recent Ph.D. graduate won an award Tuesday for creating a reusable facemask that appears to kill infectious pathogens like the coronavirus —...
Read more
Load more