England wing Jack Nowell’s recovery from injury means Exeter are at full strength for today’s European Champions Cup final… and they have no intention of just settling for a grand day out in Bristol.

The West Country city where the Chiefs famously won promotion to the Premiership a decade ago is an appropriate location for their shot at club rugby’s pantheon.

Rob Baxter’s side are familiar with Ashton Gate but unfamiliar with the heady heights of the continent’s ultimate showpiece, which does not mean they will just savour being part of such a momentous occasion for the first time. Exeter made the short journey up the M5 on Friday with focus and belief, rather than a wide-eyed sense of awe about what awaits them this afternoon.

Bookmakers regard the Devonians as favourites, which is a reflection of their relentless intensity, consistency, power and ruthlessness.

Opponents Racing 92 have the pedigree — as runners-up in 2016 and 2018 — but the Parisians are widely seen as dangerous underdogs.

The novice English finalists won’t accept defeat in this Anglo-French encounter as a necessary step in their continuing development. Baxter set the tone by insisting that being regarded as the second best club side in Europe is not good enough. ‘The biggest lesson I’ve learnt as we have gone along is that we don’t want to say, “how amazing it is that we’ve got to the final of the European Cup, we can give it a real go and, whatever happens, it will have been a brilliant season”,’ said the Chiefs’ director of rugby. ‘We have gone way beyond that. ‘We’re not running round with big smiles on our faces being silly because we’ve got to the European Cup final for the first time, we are locking down into what it will take to win it. I’m massively excited, but I am also massively nervous.

‘I hate the fact it is a 4.45pm kick-off! I would have loved it if it had been a 3pm kick-off, or liked it even more if it had been 1pm because that morning can take a long time to get through, but that’s what sport is all about. The day we don’t get nervous and look at each other wondering what is going to happen that day is the day we should pack it all up because what are you doing it for otherwise?’

Today’s match represents the pinnacle of the sport below Test level in the northern hemisphere, but due to Covid-19, it will have the hollow atmosphere of a marquee event being played in front of empty stands. Exeter have home-country advantage by virtue of their results in the pool stage, but without any of their supporters, families or friends in attendance, it will be a limited factor in their favour. 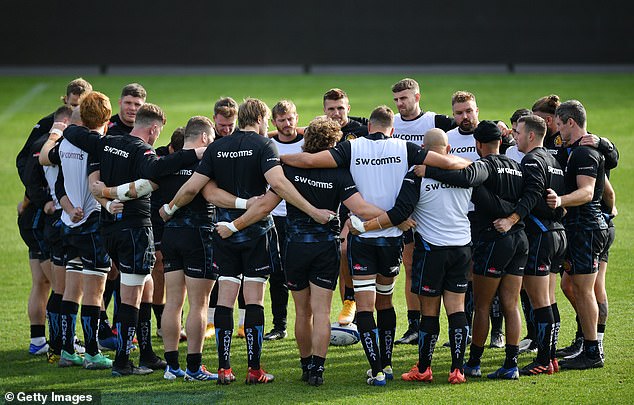 They will miss what Baxter described as the ‘emotional wave’ of a fervent, partisan atmosphere.

What is at stake is the chance to claim the most coveted prize and reach exalted heights, as only the sixth English club to conquer Europe — after Bath, Northampton, Leicester, Wasps and Saracens. The Chiefs already have an elevated sporting status in their corner of the country, but Baxter recognises that victory today would take them to a whole new level.

‘The bigger-picture stuff is fantastic for this game,’ he said.

‘When we’ve got full stadiums again, if you could walk through the lobby downstairs at Sandy Park and see the Heineken Cup in the trophy cabinet there, the whole way you think about yourself and sell the game to people changes. It has an impact on everything you do. 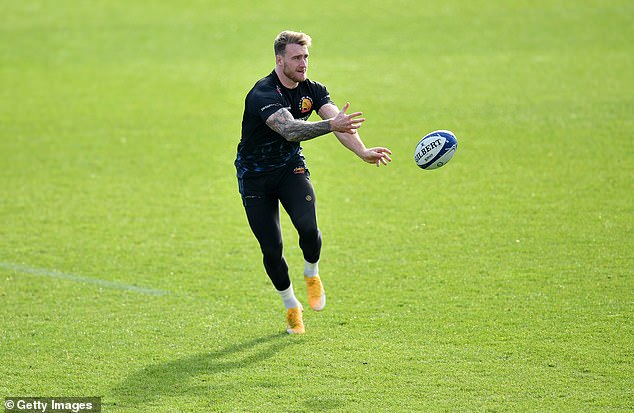 ‘We have a hotel being built and we want to have that place full every day if we can. We want people coming to the home of the Heineken Cup champions, even if they have nothing to do with rugby, because they want to hold an event here and see what the place is like.

‘But they are things for the future and even though they are huge things, it is time for us to be a lot simpler in how we are thinking. It is about 30 guys seeing what they can achieve together, in what will hopefully be an incredible 80 minutes.’

Racing have formidable power of their own, but Exeter’s unchanged pack will seek to wear down the French side up front, in the same way they have overwhelmed all comers so regularly in recent times.

If Baxter’s Chiefs can impose their possession game and secure a territorial advantage, they will unleash their driving game from close quarters with the conviction that it will be all but impossible to repel.

While Racing have X-factor in abundance, Exeter have game-changers too — the likes of Nowell, Henry Slade, Stuart Hogg, captain Joe Simmonds and his brother Sam. They should also have more ability to control proceedings, meaning the novice finalists can triumph at the first attempt.

Barcelona 'will turn to PSV Eindhoven forward Donyell Malen if they...
Read more

Barcelona 'will turn to PSV Eindhoven's Donyell Malen if they fail...