ExxonMobil have clarified they did not have a call with President Trump where they gave campaign donations in exchange for favorable policies.

Trump spoke at a rally on Monday in Arizona where he called himself the ‘greatest fundraiser in history’ and said he could raise a billion dollars through bribery.

The President name-checked ExxonMobil, saying he could hypothetically ask them for $25million in exchange for ‘permits’ if he wanted to. 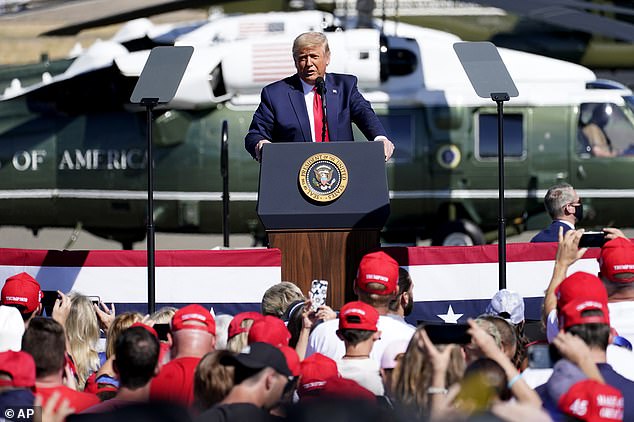 ‘I would take in more money, but you know what? I don’t want to do that. Because if I do that, I’m totally compromised.

‘”Hi, how are you doing? How’s energy coming? When are you doing the exploration? Oh, you need a couple of permits, huh? OK.”

‘But I call the head of Exxon, I say, “You know, I’d love you to send me $25million dollars for the campaign.” “Absolutely, sir, why didn’t you ask? Would you like some more?”

‘I will hit a home run every single call. I would raise a billion dollars in one day if I wanted to. I don’t want to do that.’ 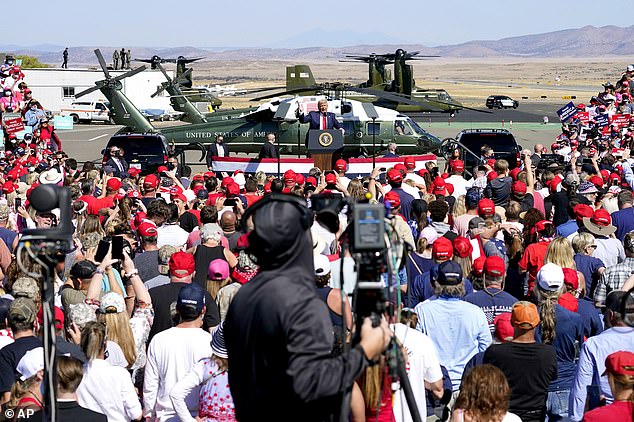 Raucous: In front of Marine One – a VH-60N White Hawk – and two Marine Corps Ospreys which escorted it, Trump spoke at Prescott Regional Airport to a large crowd, with no social distancing and many without masks

In a tweet posted minutes later, ExxonMobil categorically denied such a call ever taking place, which would have been against the law.

They said: ‘We are aware of the President’s statement regarding a hypothetical call with our CEO…and just so we’re all clear, it never happened.’

Trump’s claims come after it was revealed he is trailing his Democratic rival Joe Biden in campaign fundraising. 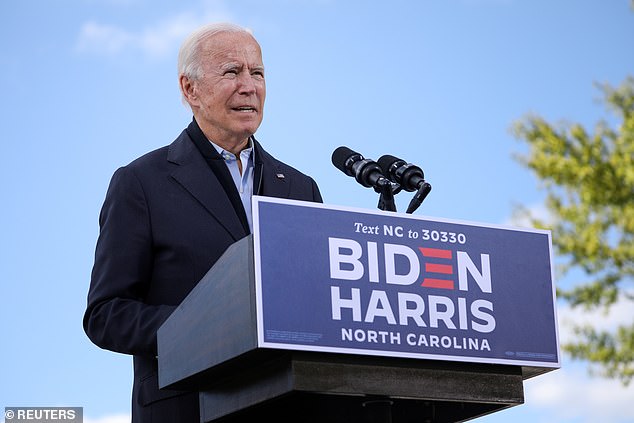 According to campaign finance records published on opensecrets.org, individuals affiliated with ExxonMobil have contributed more to Biden and other Democrats this year than to Trump and the Republicans.

During his rallies on Monday, Trump blasted his rival as a ‘criminal’.

In Prescott, north of Phoenix, Trump said Biden was lucky because Attorney General Bill Barr was so ‘fair’ as he addressed a rally crowd chanting ‘lock him up.’

‘I know people who would have had him locked up five weeks ago,’ Trump told supporters. 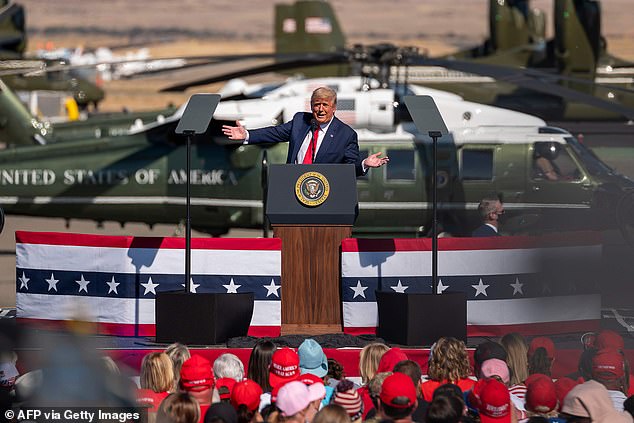 Trump used his first rally in Prescott, AZ, to say that the Bidens should be ‘locked up’ and put pressure on his AG, Bill Barr, to investigate the contents of Hunter’s laptop 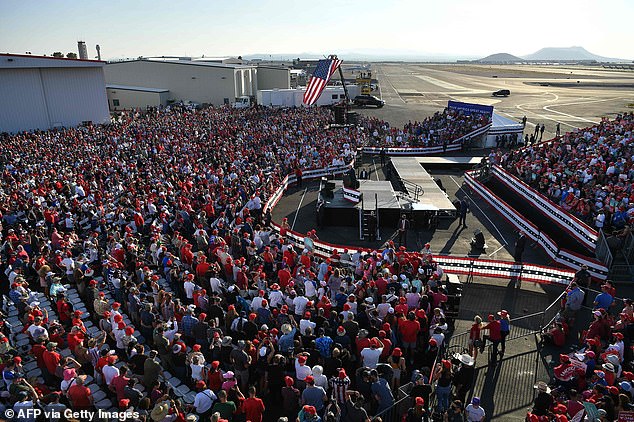 Up to 10,000 supporters packed into Tuscon International Airport for Trump’s second campaign stop of the day

‘Somebody else would have taken this thing and all that c**p and corruption.’

But not Barr, in Trump’s mind, calling him a ‘very nice man.’

At his second stop in Tucson, Trump stayed more on-script, but he again wobbled between calling Biden a crook and totally out of it.

‘He’s not at the top of his game mentally,’ Trump said.

Ever since The New York Post published revelations of the contents of Hunter Biden’s laptop last week – which appeared to show him trading on his father’s name and doing deals in Ukraine and China as well as an alleged sex and drugs tape – the president has made it the center of his rallies.

Facebook
Twitter
Pinterest
WhatsApp
Previous articleManchester United and Liverpool in £4.6BILLION talks to set up a 'European Premier League'
Next articleZak Crawley named Young Player of the Year after breakthrough summer as Alastair Cook is recognised

A woman is claiming her labor was dismissed as a dose of stomach flu and she was sent home to give birth without...
Read more
U.S