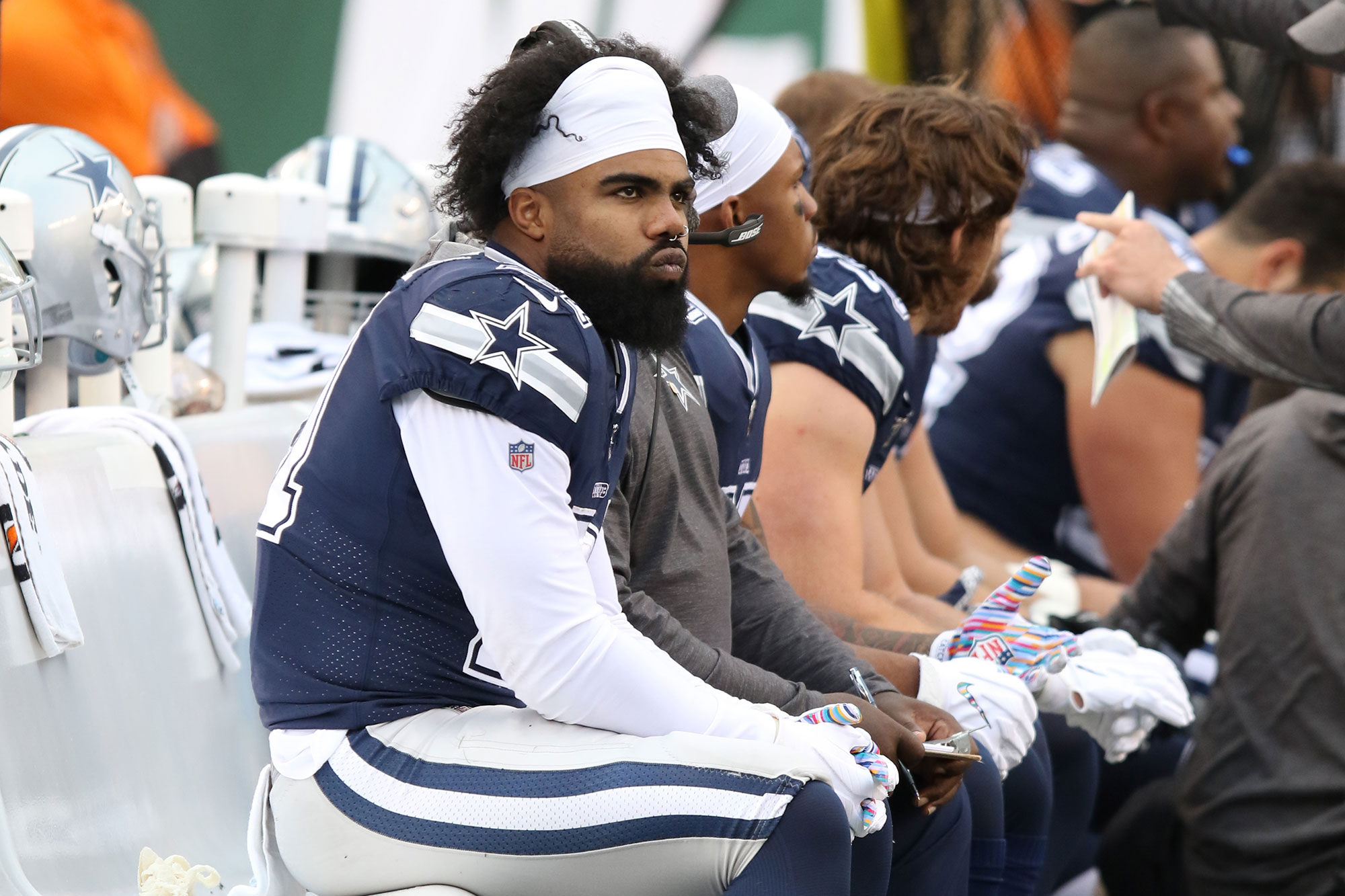 Now that Ezekiel Elliott is getting over his bout with coronavirus, he has some legal issues to deal with.

The Cowboys running back is being sued by a woman who claimed his dogs violently attacked her while she was cleaning his pool in March, according to TMZ Sports.

The woman is suing for more than $200,000 after she said she was “ambushed” by Elliott’s Rottweiler and two bulldogs. She alleged that the Rottweiler bit her arm and dragged her, then the bulldogs went after her legs. Her injuries from the alleged attack required surgery to her forearm, which she said is still causing her issues as she suffers from mental and physical pain, according to the report.

Elliott’s quarterback, Dak Prescott, also found himself in trouble after his dogs bit a neighbor in February of 2019.

“Ezekiel was in no way negligent in connection with the alleged incident and intends to vigorously defend the lawsuit,” Elliott’s lawyer, Frank Salzano, told TMZ Sports.

The Frisco Police department told TMZ Sports that animal services did tend to an incident at Elliott’s home in March, but no criminal charges were filed.

It may not have been the first time Elliott’s Rottweiler — named Ace and tattooed onto his forearm — got into trouble. The victim alleged another pool cleaner that worked for her company was also bit by the dog last December.

Yoenis Cespedes’ ‘good day’ in field, at plate for Mets had one omission