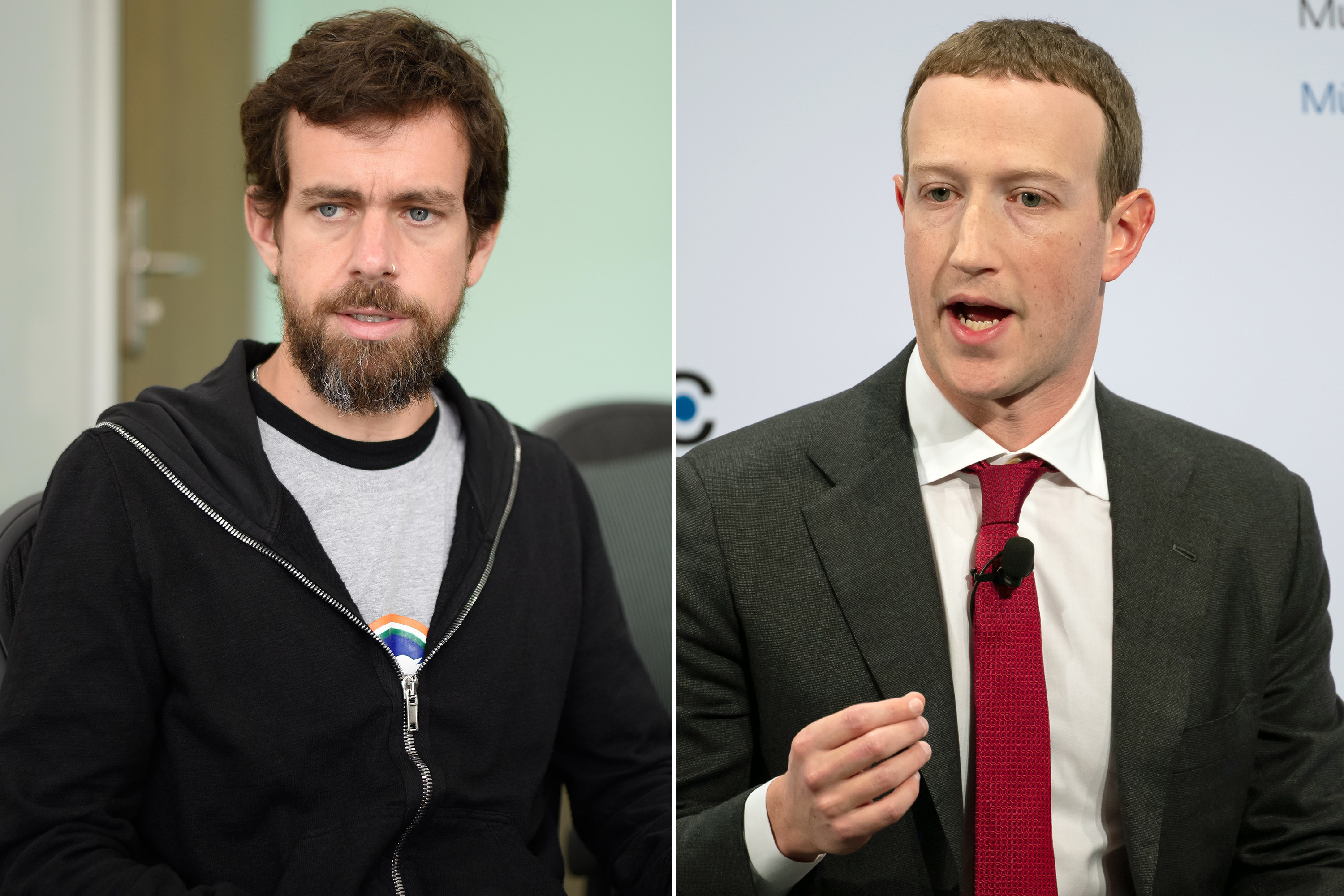 The tech bosses are coming to Washington — after the election.

The CEOs of Facebook and Twitter have agreed to appear before the Senate Judiciary Committee to answer questions about why the New York Post’s bombshell reporting into Hunter Biden’s foreign business dealings were censored or suppressed on their websites.

The New York Post’s official Twitter account has been suspended since the story broke on Oct. 14. Facebook brass said they would limit the visibility of the piece as well.

The news was first reported in a terse press release by the committee.

Twitter boss Jack Dorsey and Facebook chief Mark Zuckerberg will sit for lawmakers’ questions on Nov. 17 — after the presidential election. The committee voted Thursday to serve them subpoenas.

The timeline of the vote was held up by unnamed Senate Republicans earlier this week, many of whom worried about the “timing and scope of the maneuver,” Politico reported.

Texas Sen. Ted Cruz previously told the website the duo would be called up before the election.

Both Zuckerberg and Dorsey are also scheduled to testify alongside Google CEO Sundar Pichai before the Senate Commerce Committee on Oct. 28. That hearing will focus on Section 230 of the Communications Decency Act — which broadly protects tech giants from liabilities over how they moderate content on their platforms.

The parents of a UK teen motorcyclist killed by an American diplomat’s wife in a wrong-way crash in England last year lost a...
Read more
News

AstraZeneca’s UK scientists made a major mistake during trials of its coronavirus vaccine — one that led to its most important breakthrough, the...
Read more
News

Sen. Rand Paul revealed that Washington prosecutors declined his request for a probe of who funded the protesters that gathered outside the White...
Read more

The New York Police Department is planning to deploy more than a 100 officers to the city's transit system following a string of...
Read more

Chinese residents are terrified to discover their tap water can be...
Read more

TV's John Craven reveals how his earliest holiday memory is being...
Read more

NYPD will return 120 officers to patrol subway stations in response...

Chinese residents are terrified to discover their tap water can be...

John Craven reveals how his earliest holiday memory is being pecked...