Family vault beneath St. Patrick's Old Cathedral in Manhattan is on sale for $7MILLION

A rare crypt nestled beneath The Basilica of St. Patrick’s Old Cathedral in Manhattan can be purchased for a whopping $7million.

A full six-person family vault located deep beneath Basilica of St. Patrick’s Old Cathedral is the last of its kind, according to the New York Post, and is at a prime SoHo location.

To reach the 205-year-old crypt, which was first unveiled to the public in 2017, visitors must creep past massive wooden doors and four-foot-thick stone walls.

Frank Alfieri, director of the centuries-old basilica’s cemetery and columbaria, told The Post that anyone who purchases the coveted burial spot ‘can be buried with the people that set the Catholic faith in motion in New York.’ 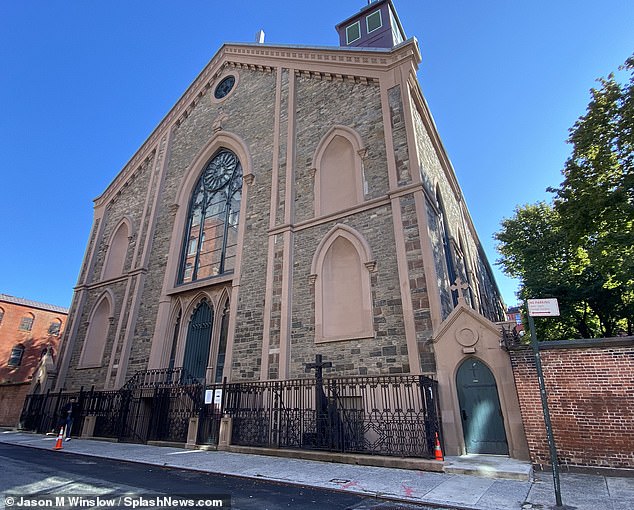 A family vault found beneath The Basilica of St. Patrick’s Old Cathedral in Manhattan can be purchased for $7million 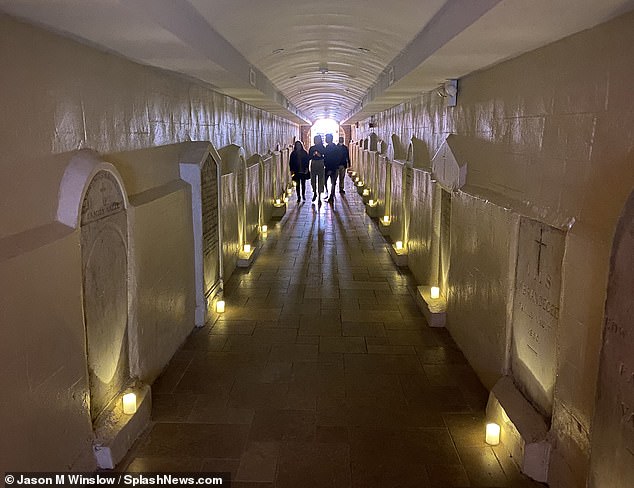 The Basilica of St. Patrick’s Old Cathedral’s catacombs and crypts (pictured) were first opened to the public in 2017

The Mulberry Street grounds is one of only a few burial spots left in Manhattan, where space is limited and prices are high.

The $7millon cost might be a hard sell to some, but the exclusive crypt is surrounded by a host of notable neighbors.

Five priests, two bishops and 33 families have been buried inside the church’s catacombs, including Archbishop John H. Hughes, or ‘Dagger John,’ per The New York Times.

Others included Countess Annie Leary, a friend of the prominent Astor family; ‘Honest’ John Kelly, a 19th century New York Congressman and Tammany Hall boss; and the Delmonico family, who are credited with operating successful restaurants and introducing dishes like baked Alaska.

John Connolly, the first bishop of New York, was buried at the basilica in 1825.

One family vault initially belonged to Gen. Thomas Eckert, who was an adviser to Abraham Lincoln. The former president wrote his draft of the Emancipation Proclamation in Eckert’s office. 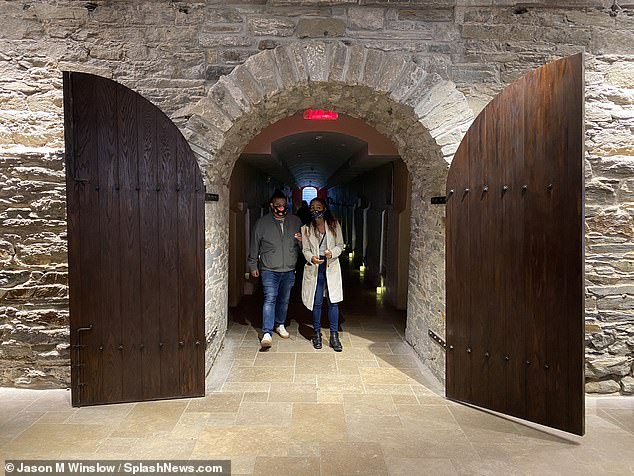 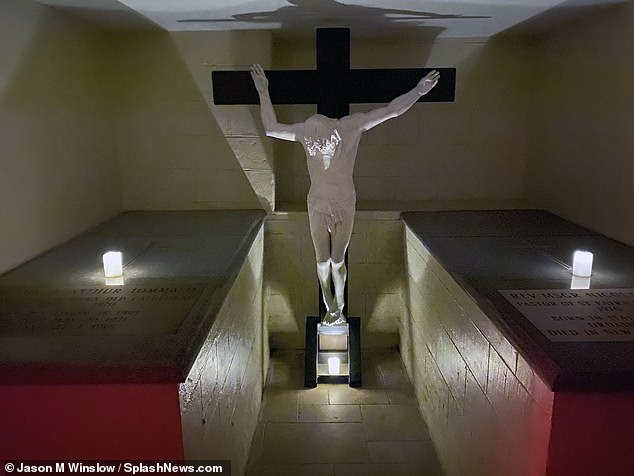 Pictured: a statue of Jesus Christ on the Crucifix was placed near two burial vessels underneath the church 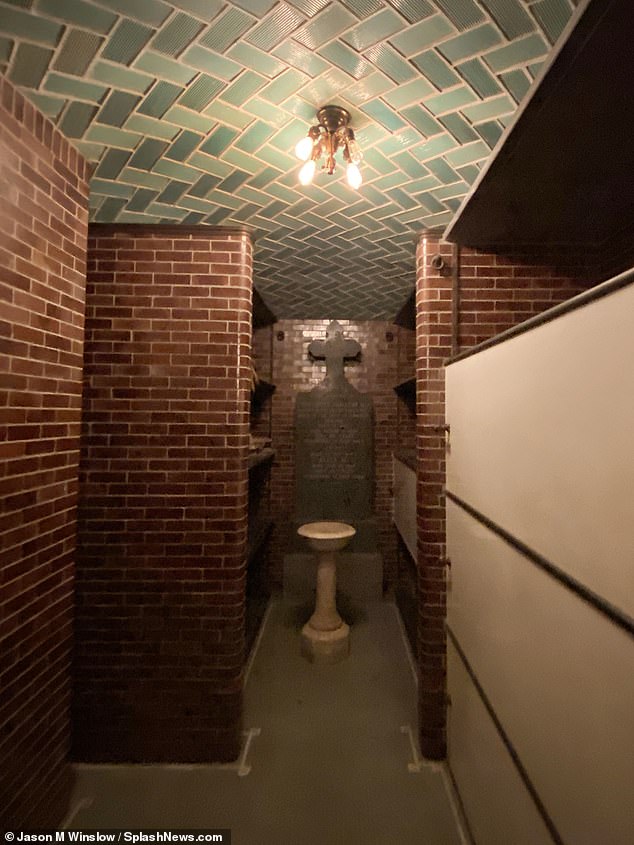 Alfieri explained that church officials opted to list the family vault for sale as a gesture to the community.

‘We thought it would be better served if a Catholic family who wanted to be buried in New York had a place to go,’ he told the Post.

Part of St. Patrick’s appeal has been that it’s the only Catholic cemetery in Manhattan, with burials spanning all the way back to the 1700s.

Alferi argued that St. Patrick’s is the most historic church in the city for Catholics.

‘A lot of people don’t realize what is just below their feet,’ he said. 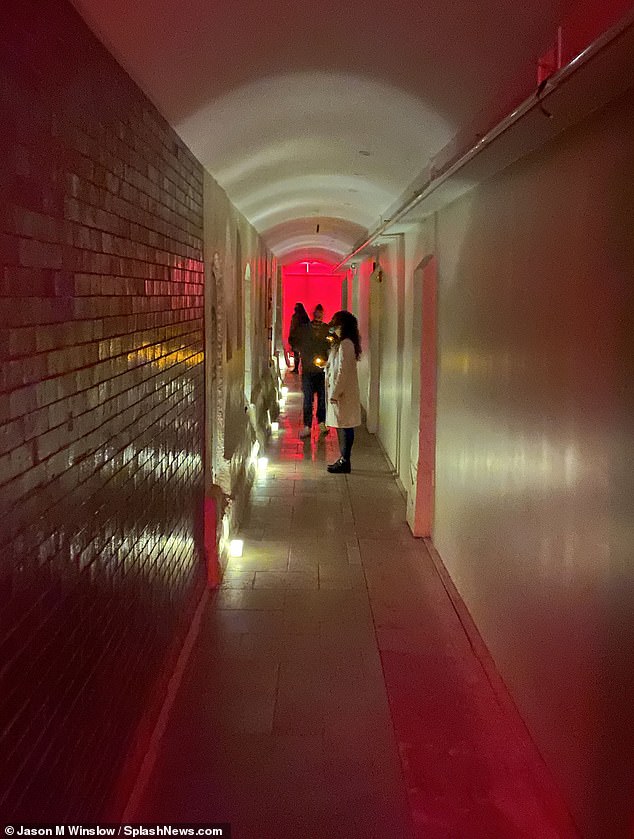 Pictured: visitors at  The Basilica of St. Patrick’s Old Cathedral walk through the catacombs as part of a tour, which started up in 2017 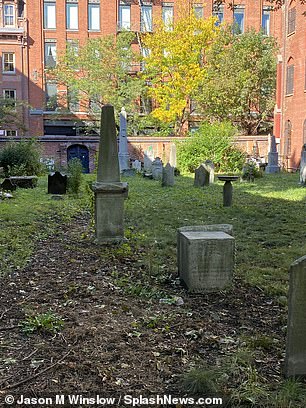 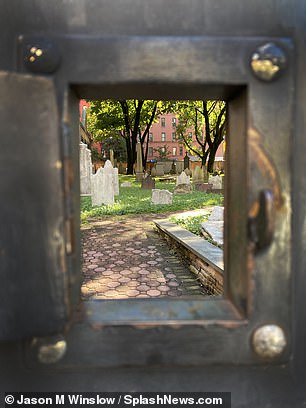 Msgr. Donald Sakano: ‘We have a long way to go in making the grounds the way we want them. The gravestones are deteriorating as we speak, the soft stone losing inscriptions’ 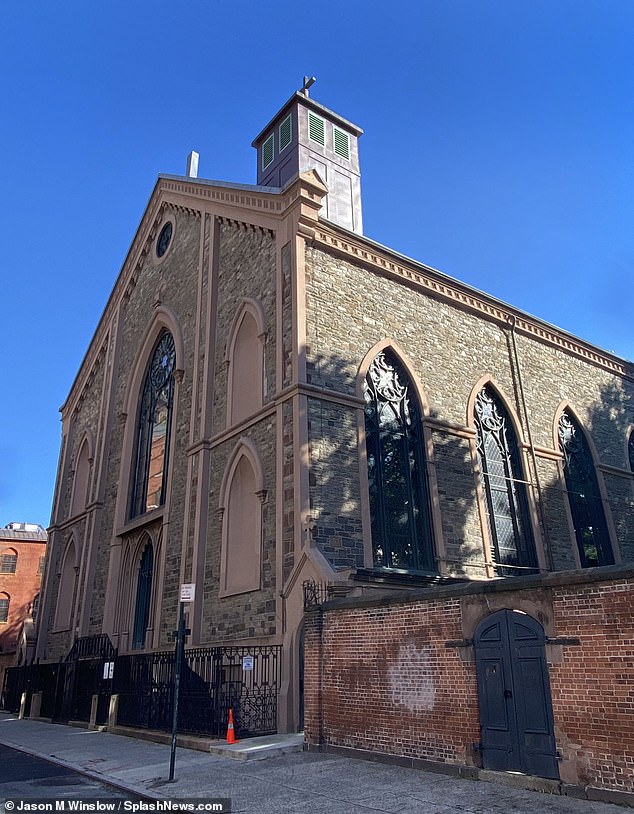 The Basilica of St. Patrick’s Old Cathedral (pictured) has begun building hundreds of cremation niches that sell between $10,000 and $15,000

That sentiment likely pushed St. Patrick’s to bring catacombs and crypts into the 21st century.

The Times reports that the church has begun building hundreds of cremation niches that sell between $10,000 and $15,000.

An outdoor cemetery with a brick walkway sits next to the church, and has done so since 1815.

‘We have a long way to go in making the grounds the way we want them,’ Msgr. Donald Sakano told the Times.

‘The gravestones are deteriorating as we speak, the soft stone losing inscriptions.’

Some of the gravestones were reportedly damaged, piled atop one another and spread out over the grass plot. 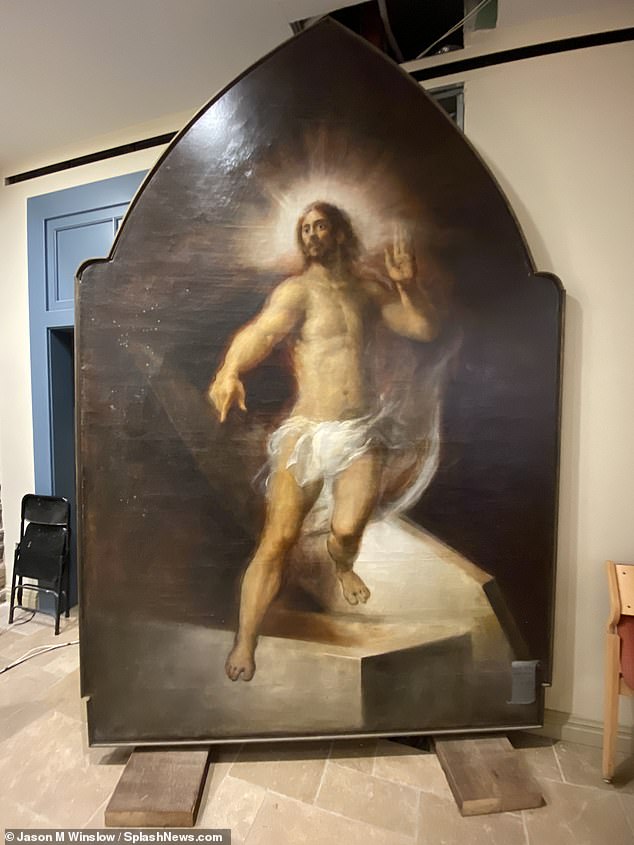 Pictured: a portrait of Jesus Christ was photographed inside The Basilica of St. Patrick’s Old Cathedral, where a family vault was put on sale

Alferi admitted to the Times that St. Patrick’s struggled to pay bills, but hosting visitor tours has helped cover costs and boosted morale in the community.

‘It’s become a source of understanding the church and what it’s meant to this neighborhood for the past two centuries,’ he said.

Monsignor Sakano added: ‘People from the neighborhood look over the wall longingly.

‘It’s almost like you want to stay in the neighborhood with your eternal affordable housing.’

The parents of a New Jersey stock broker who killed himself while under suspicion of murdering his girlfriend allegedly deleted text messages in...
Read more

Dianne Buswell: Strictly star targeted by trolls who claim she is cheating with Max George

“Producers have taken action, along with security teams, and reassured the cast that their safety is paramount.”BBC producers have now maximised security around...
Read more
Load more