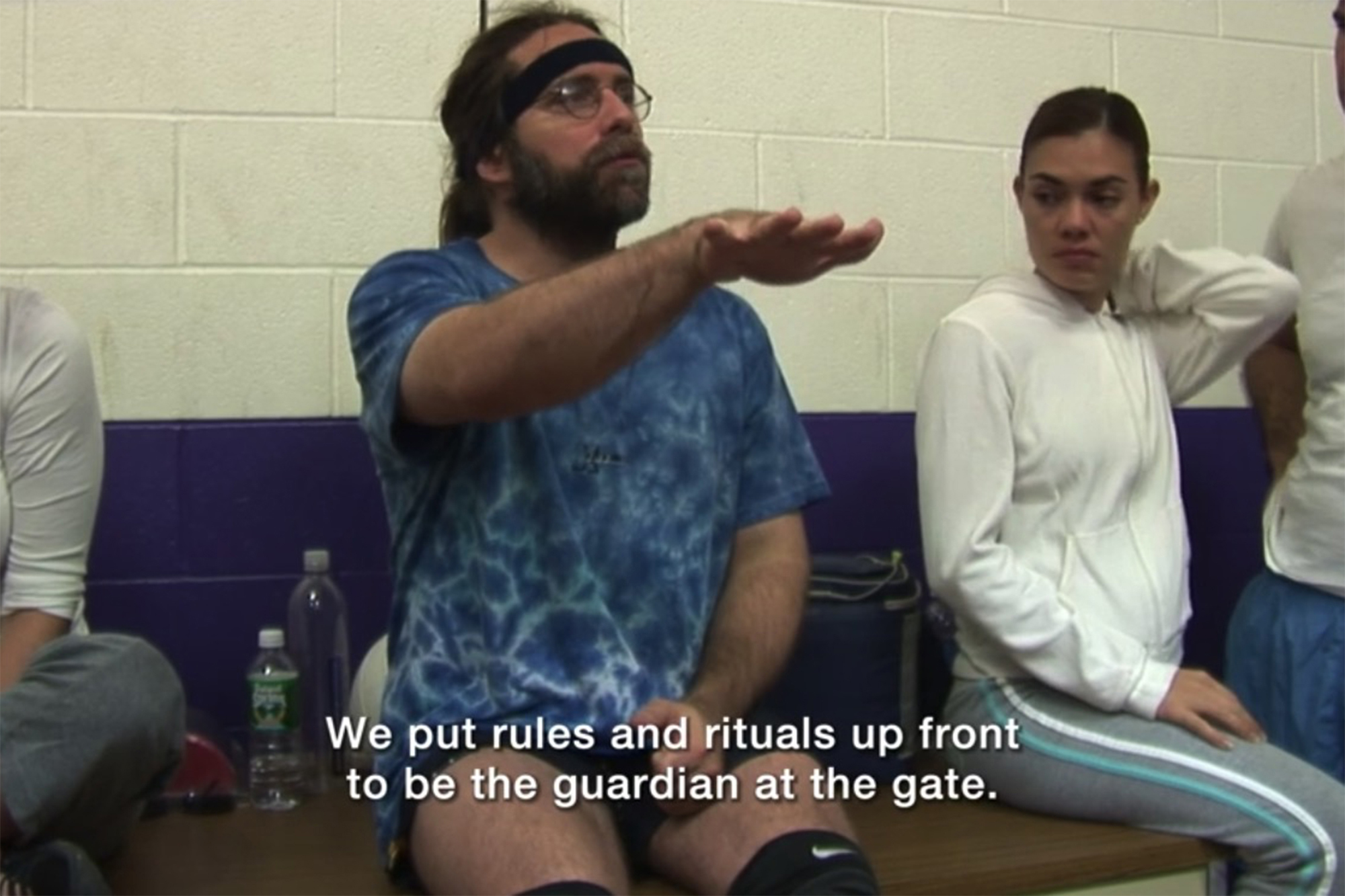 Sure, he ran a sex-slave cult — but what a serve!

Dozens of fans penned glowing letters of support for Nxivm leader Keith Raniere ahead of his sentencing for sex-trafficking next week — and a surprising number of adherents gushed about his penchant for late-night volleyball games.

The letters, unsealed Tuesday in Brooklyn federal court, are from former students of Raniere’s Executive Success Program and members of the secret master-slave group DOS and paint the Svengali-like leader as a mild-mannered man who cared for others.

They also portray the 60-year-old as a fiercely competitive volleyball player, discussing the late-night games that were a fixture of Nxivm, and were featured heavily in recent HBO docu-series “The Vow.”

“In these games, every time there was doubt in how a ball was called, he would always ask to stop the play until we made sure that all involved were in agreement with the decision. If there was no consensus then the play would be repeated to honor the perspective of everyone involved,” wrote one pal, Edgar Boone,

Theo Chiappone, who said he met Raniere as a kid, said the  games “started to mean more than just extra practice to help me be better at school.”

“Keith was a big part of late night volleyball for me,” Chiappone wrote. “No matter how tired we were or how angry I would get on that day, he would still encourage me to be aware of the state I was in and help me focus on the game.”

“I remember going eight games undefeated with Keith and observing the cool tricks and float serves he could manage and on top of that, the childish boasting and bragging he would use to excite and encourage the other team,” he added.

Raniere was convicted last year for a slew of charges largely related to DOS. Known as “Vanguard,” Raniere’s harem of “slaves” were starved, branded with his initials and forced to have sex with him as part of their membership in DOS, meaning Dominus Obsequious Sororium — or “master over slave women.”

A number of victims testified at his trial, saying they were brainwashed by Raniere and his cohorts and recalling the volleyball gatherings, where everyone would gather to watch Raniere break a sweat on the volleyball court.

Raniere faces life in prison at his sentencing on Tuesday.

Lori Loughlin has 'high anxiety' about catching coronavirus in prison and...