A Texas businessman and financial adviser who has been implicated in a ‘Ponzi’ scheme has been charged with murdering his client and then attempting to cover up the crime by making it look like a suicide.

Keith Ashley, 48, was charged with murder,  just days after being arrested by federal officials on counts of wire fraud. 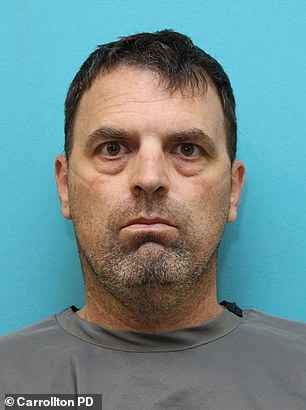 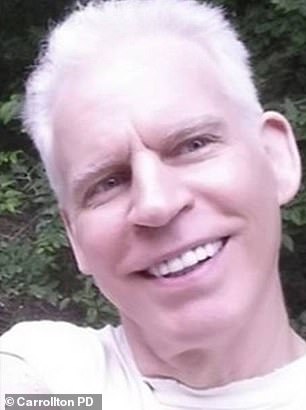 Keith Ashley, 48 (left), has been charged with murder for allegedly shooting to death his investor friend James Seegan, 62 (right) 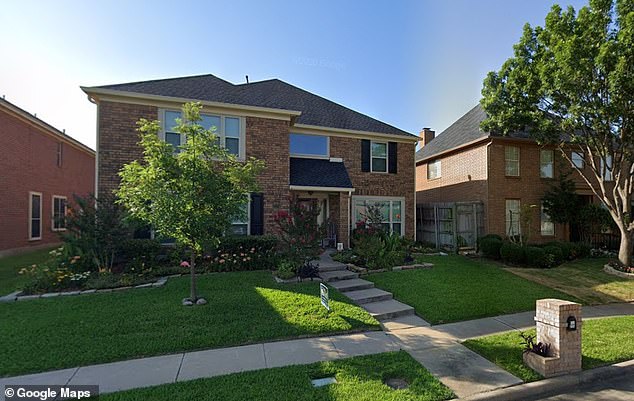 Seegan was found dead from a gunshot wound to the head inside his home in Carrollton, Texas, in February 2020

Seegan’s wife, Dida, found her husband dead of a gunshot wound to the head when she returned to their home on Cannes Drive in Carrollton on February 19.

There was a semi-automatic handgun in Seegan’s left hand, and he had an entry wound on the left side of his head, according to an arrest report cited by CBS DFW.

His wife told police her husband was right-handed and did not own any guns.

The woman discovered a typed note next to her husband’s body indicating it was a suicide.

The last line of the note read, ‘My last friend Keith Ashley will help you,’ according to the court records.

Over the course of a nine-month investigation, detectives were said to have uncovered evidence that Ashley first incapacitated, then murdered Seegan.

An autopsy revealed that at the time of his death, the victim had a powerful anesthetic in his system, which is not easily available outside of a hospital setting.

Beside operating a brewery and a financial management company, Ashley is also a registered nurse working at the City Hospital at White Rock in Dallas. 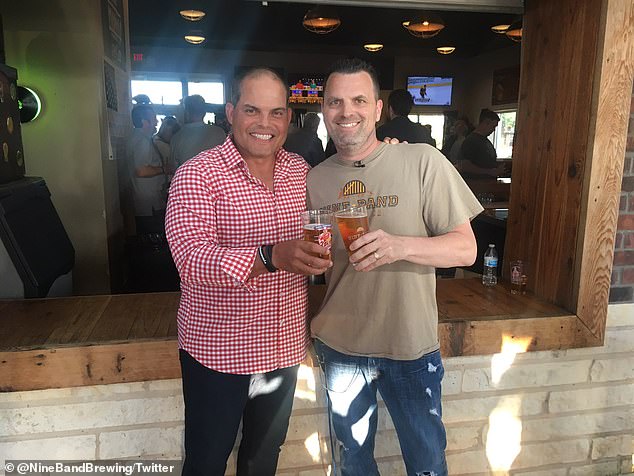 Police say Ashley (right), a brewery owner, typed a suicide note to make Seegan’s death appear self-inflicted, then wired $20,000 from his account to his own using the victim’s phone

Video from the Seegan home’s doorbell camera showed that the 48-year-old was the last person to enter the residence before Dida Seegan’s arrival later that evening.

According to police, Ashley staged his friend’s suicide to ‘gain control of his finances.’

Seegan’s widow told detectives that after her husband’s death, she asked his friend and financial adviser, Ashley, to reach out on her behalf to various institutions to notify them of her husband’s passing.

She said that Ashley told her he needed Seegan’s phone to carry out her request.

When she handed Ashley the device, she said she caught him deleting text message exchanges between himself and Seegan, which he claimed he did by accident.

During the investigation, police said they discovered that Ashley surreptitiously wired $20,000 from Seegan’s bank account to his own while using his phone.

In addition to the murder, Ashley has been accused of orchestrating a long-running ‘Ponzi’-type scheme, which involved multiple victims. 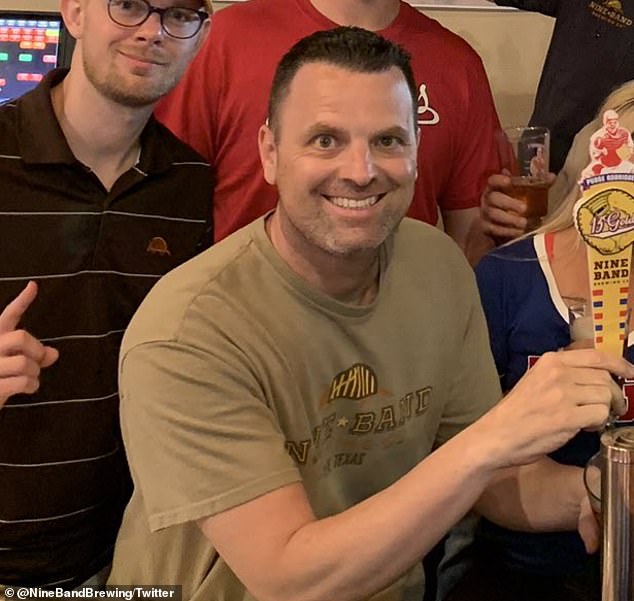 Ashley is also accused of orchestrating a ‘Ponzi’ scheme and defrauding multiple investors, Seegan among them, out of more than $1million

The federal indictment alleges that from December 2013 through May 2020, Ashley defrauded investors and obtained money and property under false pretenses, reported KDFW.

‘Ashley personally took and spent in excess of approximately $1,143,288 in investor funds and while he returned approximately $81,325 to investors, he used the remaining bulk of the funds for a variety of personal expenses and personal benefit such as brewery expenses, spending at casinos, payments on personal credit cards, legal fees, cash withdrawals, mortgage payments, college tuition, student loan payments and utilities,’ the federal indictment states.

Ashley made his initial court appearance on Tuesday and pleaded not guilty to the charges against him. He is due back in court for another hearing next week.

A quick-thinking Washington state father turned the tables on an intruder who used a shovel to break into a family's home over the...
Read more
U.S

The coronavirus pandemic has taken a toll on all healthcare workers, but perhaps none more so than those in the Filipino community.Almost one-third...
Read more

A quick-thinking Washington state father turned the tables on an intruder who used a shovel to break into a family's home over the...
Read more

A top executive with the Mayo Clinic Health System on Tuesday said that amid ongoing, high numbers of coronavirus-related hospitalizations and strained capacity,...
Read more

After getting the seal of approval from their daughter Jessie, the husband and wife put in an offer of £280,000 to start with...
Read more

Dad fights off intruder with shovel the suspect used to break...

A Place in the Sun guest snaps at Danni Menzies over...