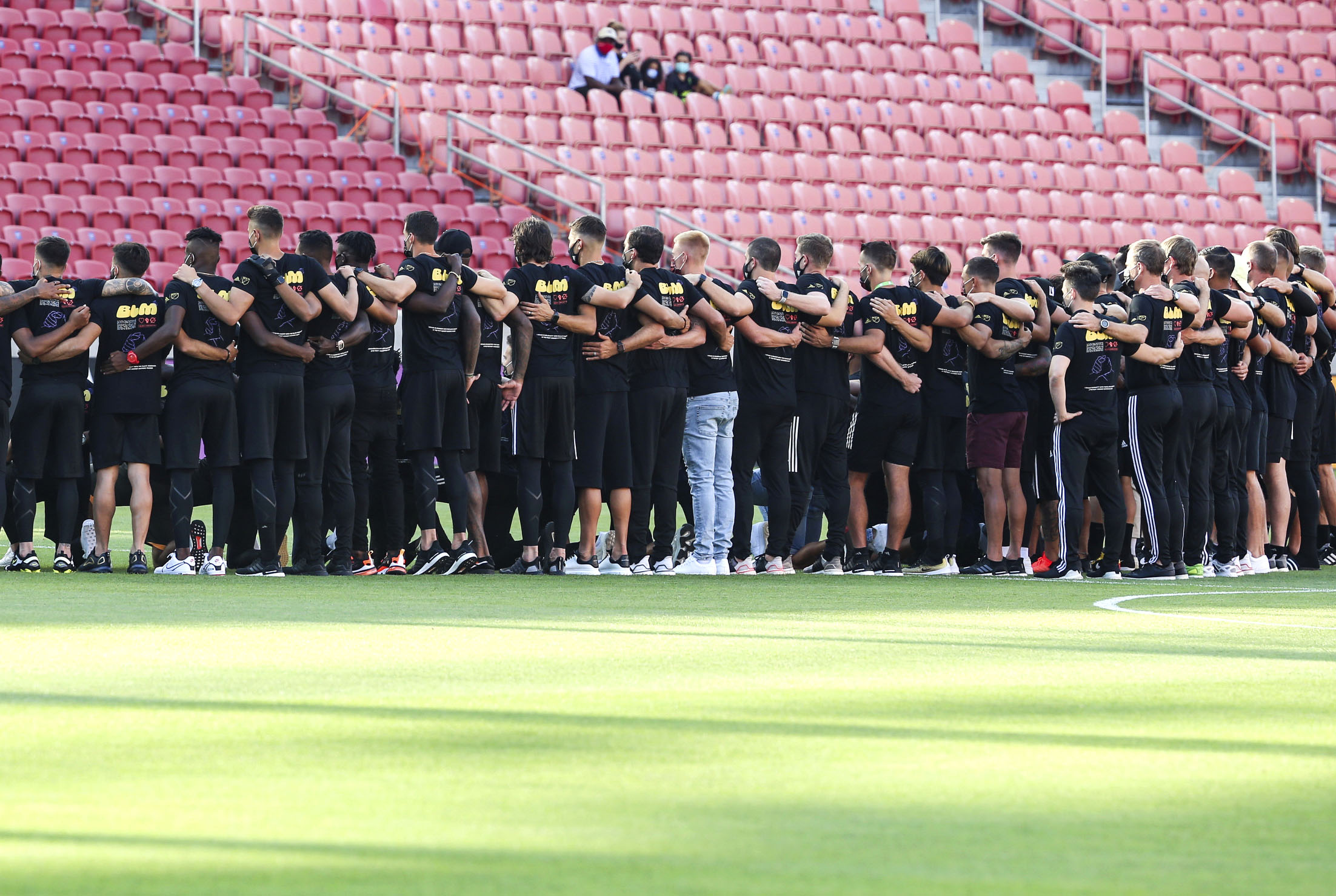 The action came after all three NBA playoff games were called off in a protest over the police shooting of Jacob Blake in Wisconsin on Sunday night.

Players from games between Atlanta United and Inter Miami, FC Dallas and Colorado, Portland and San Jose, Real Salt Lake and LAFC, and the LA Galaxy and Seattle all decided not to play in solidarity.

The lone match played was between Orlando City and Nashville SC.

Colorado forward Kei Kamara posted on social media: “We made a decision together as players and staffs to not play our game tonight because there’s more happening in our country to distract our minds to soccer. This is the first time I can agree to the saying `It’s just a game.’”

Atlanta United released a statement before its scheduled game against Inter Miami in Fort Lauderdale, Florida. After a group discussion, the players all gathered on the field before the game, arm in arm.

“We stand in solidarity with the Black community, with our players, our city and our fans in the fight against injustice,” the statement said. “We must use our voices to be the change.”

The Timbers similarly released a statement that said: “The Portland Timbers stand in support of our players and their decision not to play tonight. Racial injustice and police brutality against black people in our country must end now.”

After his team’s 3-1 victory over Nashville, Orlando City midfielder Nani said he was not aware until after the game that players had boycotted the other games. Nani was the only Orlando player to kneel for the anthem before the game.

“We didn’t know. We understand and we respect what’s going on and what the other teams did,” Nani said. “This is a situation we must stick together from today to try to do our best to see what we can help and what we can support.”

Sounders defender Kelvin Leerdam said that the players wanted to use their platform.

“As a group, we decided that we’re part of the world and we’ll let everybody see that the things that happen around us, we aren’t blind to it,” Leerdam said. “That’s why we took a stand to not play today.”

Earlier in the day, Major League Soccer issued a statement about the shooting in Kenosha.

“MLS unequivocally condemns racism and has always stood for equality, but we need to do more to take tangible steps to impact change. We will continue to work with our players, our clubs and the broader soccer community to harness our collective power to fight for equality and social justice.”

Blake was shot multiple times by police about 40 miles south of Milwaukee. The Blake family’s attorney said he as paralyzed and that it would “take a miracle” for him to walk again.

The shooting of the 29-year-old was captured on cellphone video.

“And yes, people will miss out on the entertainment, but at the end of the day it’s entertainment. There are other things going on which are essentially life and death, which should be a bigger part of any conversation that exists today, as opposed to maybe just missing out on an MLS game or an NBA game,” said Real Salt Lake defender Nedum Onuoha,

A group of MLS players formed Black Players for Change following the death of George Floyd in Minneapolis, which sparked nationwide protests. The group was vocal during the recent MLS is Back tournament in Florida and has the support of the league.

Dallas defender Reggie Cannon, who recently received threats after he criticized fans who booed when his team knelt during the anthem said on Twitter: “Some