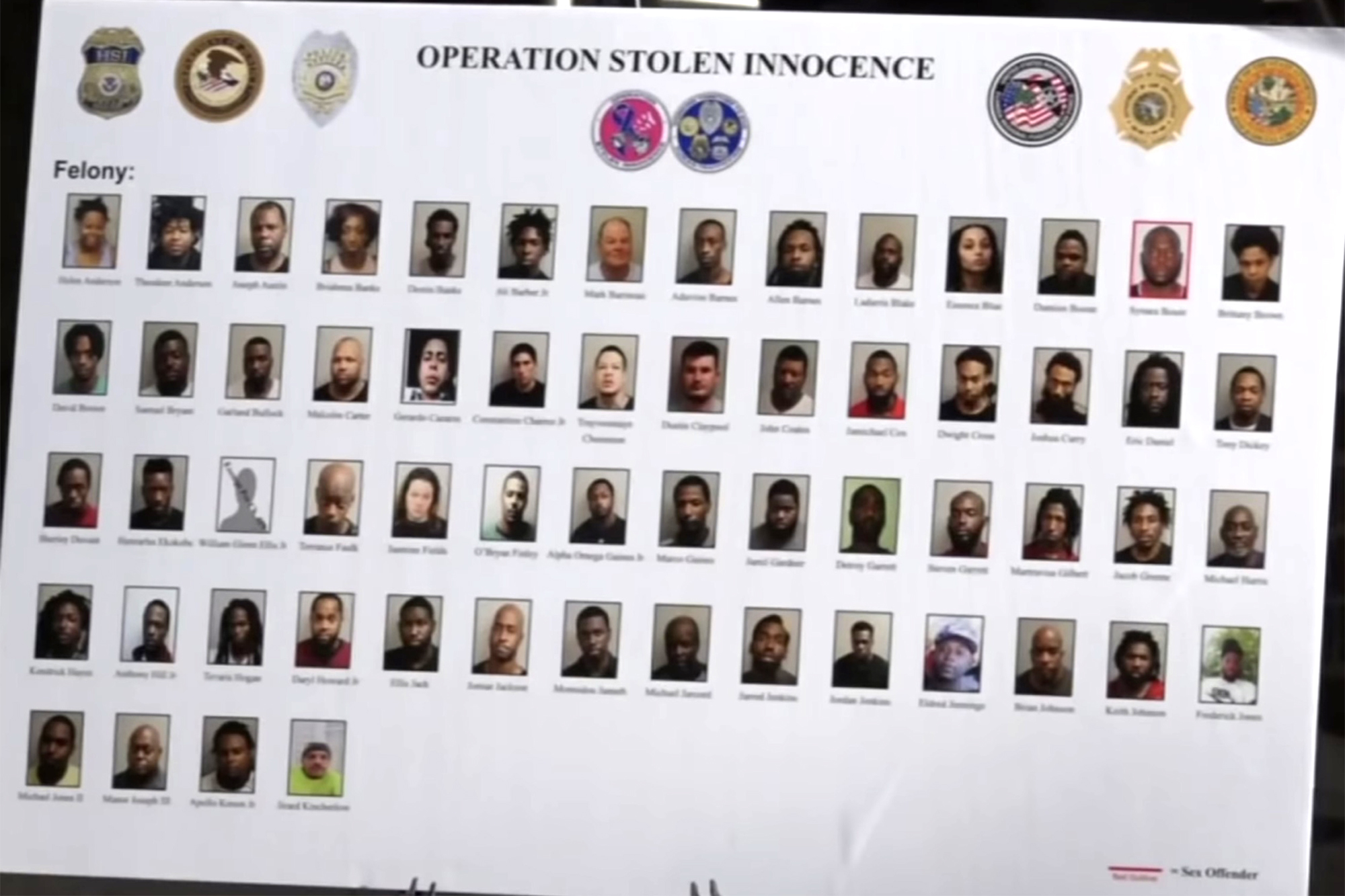 Sunshine State authorities busted a massive child sex trafficking network this week, ending a two-year probe that netted nearly 200 arrests, including a high-profile booster for Florida State University, according to a report and police.

The operation, called “Stolen Innocence,” which began in Nov. 2018, wrapped up on Tuesday — and those allegedly involved face charges ranging from solicitation of prostitution to human trafficking of a minor, the Tallahassee Police Department said in a press release.

It began when department investigators spotted images of the child posted on a website that advertises sex for money, authorities said. The girl was 13 and 14 when the alleged offenses occurred, The Tallahassee Democrat reported.

A total of 72 suspects were charged with misdemeanors and notices to appear, 106 people were hit with felony charges and 18 face federal charges, according to authorities.

Those swept up in the investigation include a former chairman of the Seminole Boosters, Inc., a fundraising arm for Florida State University Athletics, a former write-in candidate for local office, and a physical education teacher, according to the Democrat.

Several women were also allegedly involved, charged with helping to arrange paid “plays” with the teen in exchange for cash, according to the report.

The teen was rescued by the police department’s Special Victims Unit, and cooperated in efforts to bring charges against those who allegedly exploited her, the outlet reported.

She is “on the road to recovery, and she’s doing well given the situation,” Elizabeth Bascom, one of the lead investigators, told the local paper.

“She does have things to say,” Bascom said. “She was able to say that this has seriously impacted her life, and it is very difficult at times. But she is working to get her life back.”

Federal authorities were also involved in the investigation.

“[Our investigators] worked tirelessly to bring justice to the victim in this case and were able to make an unprecedented number of human trafficking related arrests,” Tallahassee Police Chief Lawrence Revell said in a statement. “I could not be prouder of the steadfast efforts of our investigators and the joint effort with our partners to stop the illegal and dehumanizing practice of human trafficking.”

Secretary of State Mike Pompeo criticized members of President-elect Biden’s incoming administration, arguing they “led from behind” and “lived in a bit of...
Read more
News

Chinese President Xi Jinping congratulated President-elect Joe Biden on Wednesday — becoming one of the last major countries to do so. The Chinese leader...
Read more
News

Medical experts this week urged advisors to the Centers for Disease Control and Prevention that the agency should warn Americans that the side...
Read more

Secretary of State Mike Pompeo criticized members of President-elect Biden’s incoming administration, arguing they “led from behind” and “lived in a bit of...
Read more

OBITUARY: Diego Maradona rose from poverty to become one of the greatest ever

To many, Diego Maradona is best remembered for the Hand of God goal that knocked England out of Mexico 86 and his later...
Read more
Load more